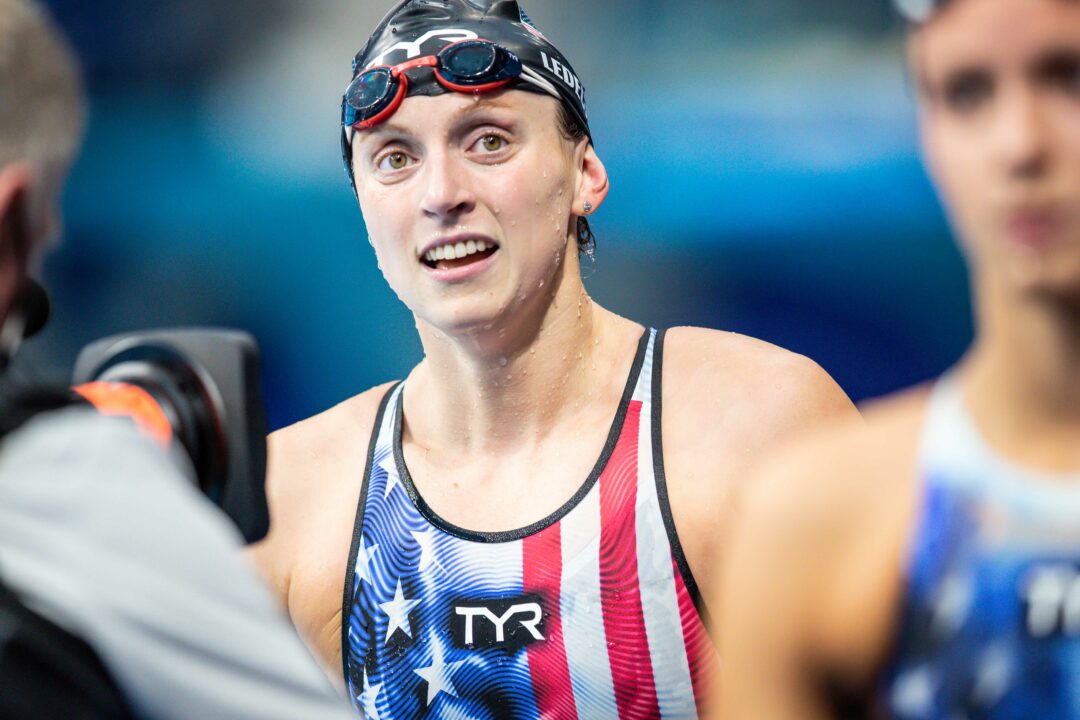 The kickboard tradition started in 1992 when the original owner of the board, Janet Evans, passed it on to then-freshman Jenny Thompson. Current photo via Jack Spitser/Spitser Photography

Three-time Olympian and World Record holder Katie Ledecky carried on a Stanford swimming tradition this week and passed her storied kickboard to freshman Lillie Nordmann. The kickboard tradition started in 1992 when the original owner of the board, Janet Evans, passed it on to then-freshman Jenny Thompson. On Wednesday Ledecky revealed that she would leave Stanford and coach Greg Meehan to train at the University of Florida with coach Anthony Nesty, and so the time was right for Ledecky to give the kickboard to another member of the Stanford women’s swim team.

Nordmann is now the 8th owner of the kickboard. In all, the board has been owned by 4 Olympians and 7 NCAA champions. 28 Olympic medals have been won between the four previous owners of the board that have represented the United States in the Olympics: Evans (5), Thompson (12), Tara Kirk (1), and Ledecky (10).

Nordmann was the 6th-ranked female recruit in high school class of 2020, though she deferred her enrollment one year because of the COVID-19 pandemic. Though Nordmann has not made an Olympic team, she represented the United States at the FINA World Junior Championships in Budapest in 2019 where she won 3 gold medals.

I always forget how stacked this Stanford team is. It’s going to be so fun to see how they are all used and developed over the next few years.
Fun to have such tradition of excellence

that kickboard is not a legacy kickboard!!! My old college kickboard from the 1970’s is an Ocean Pool full size with all the color and lettering washed out of it. It is now appropriately the the color of a grey tombstone. It has multiple nicks and scars from 50 M kickboard throws and a few moldy edges. THAT’S A LEGACY KICKBOARD.

What an honor, solid choice

She made the National Team as a junior-aged swimmer. That’s pretty impressive.

I searched her name in SS, zero. Google, zero.

You sure about that? Because:

I see a ton on both.

All the ACC fans and east coast swim fans can watch Lillie and Coach Meehan’s full squad in about 8 weeks at the NCSt Invitational Nov 17*19 in Greensboro. See you there

HOW DID I NOT KNOW ABOUT THIS!?

Really? You can think your thoughts but public comments on other peoples’ weights should be off limits. And don’t deflect by saying people in the public eye should be able to take it.

Weird hill to die on y’all