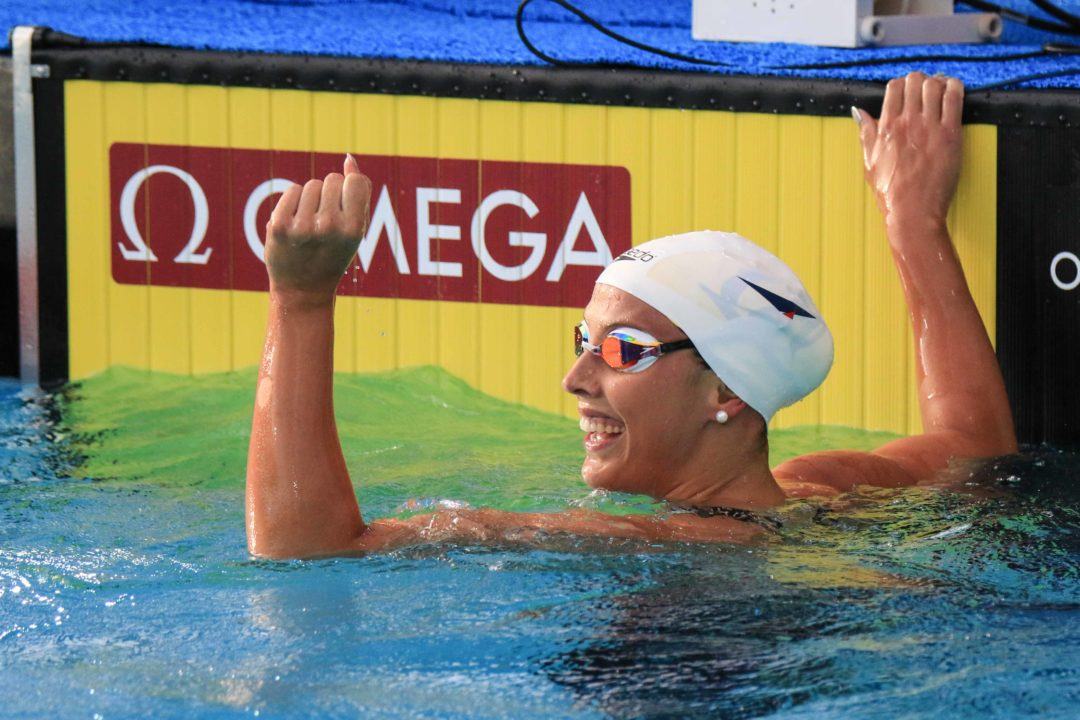 Competing at the FINA World Cup stop in Budapest, Kathleen Baker tied the American Record in the women’s 100 IM in a time of 58.02, equalling the record set by former Team Elite teammate Katie Meili in 2016.

Baker, who announced that she was turning pro a few months ago, produced a personal best at the first short course stop in Eindhoven in 58.14, placing 2nd to world record holder Katinka Hosszu. Here, she actually dropped a spot down to 3rd, but improves her time by just over a tenth to tie Meili’s record. Hosszu repeated as the winner in 57.64, and it was Sweden’s Sarah Sjostrom who improved from a 4th place finish in Eindhoven up to 2nd in 57.75.

In such an elite field featuring Hosszu, Sjostrom and Australian Emily Seebohm, Baker was just 3rd on the first 50 in 26.36, identical to her front half in Eindhoven, before closing just over a tenth faster in 31.66.

Meili, a breaststroke specialist, was about eight-tenths slower than Baker opening up (27.16), but was the same margin quicker closing in a blistering 30.86.

This gives Baker a share of her second SCM American Record on the circuit, as she broke the 100 back record in Eindhoven in a blistering 55.91.