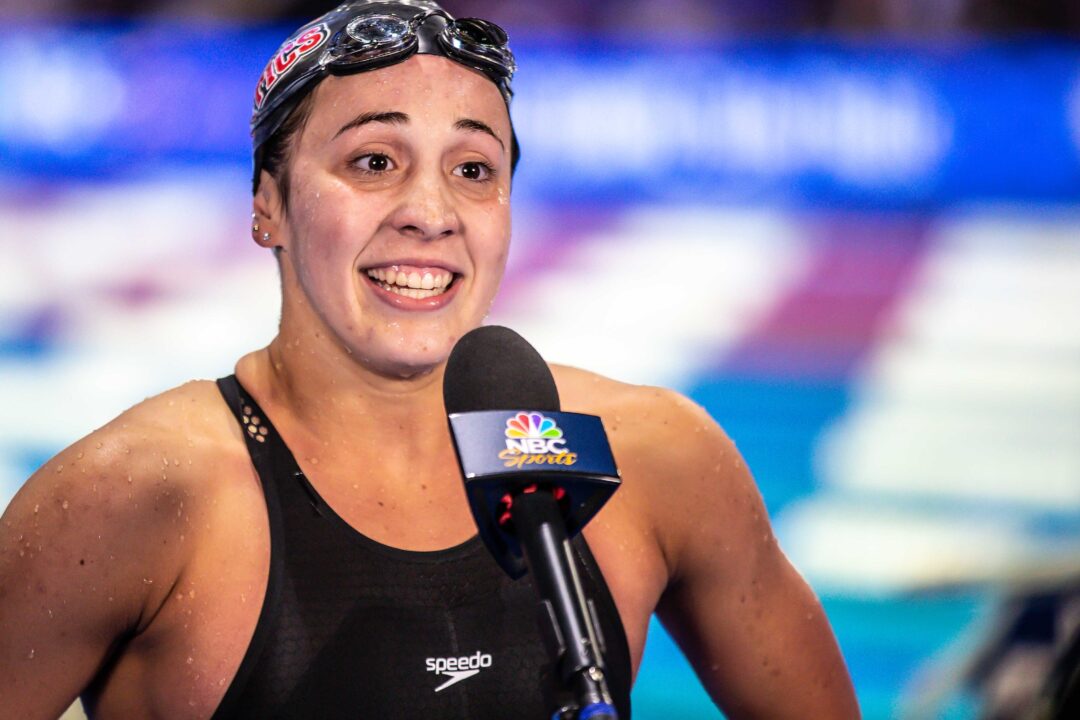 Kate McCarville took the race over relatively early, and didn’t look back, managing to hold off a charging Katie Trace on the free leg Current photo via Jack Spitser/Spitser Photography

Kate McCarville took the race over relatively early, and didn’t look back. She established her greatest lead on breaststroke, and managed to hold off a charging Katie Trace on the free leg. McCarville swam a new lifetime best by 1.6 seconds, also coming in under the Wave II standard. She’ll get another shot at the race in Wave II.

Katie Trace picked up her 2nd advancement to Wave II, pulling away from the field sans McCarville at the end to finish 2nd by a big margin. Trace and McCarville, both of whom competed in the 200 fly last night, used their butterfly speed to their advantages, getting out to a big lead over the rest of the field on the first 100 of the race.

The youngest qualifier of this Olympic Trials cycle, Kayla Han, won the B final of the race. Han, who was 12 last week when she qualified and is now 13, put on some unbelievable closing speed to go from a distant 4th to 1st on the free leg. She touched in 4:51.08, just off her personal best from last week.

What about her illegal breast kick? They showed her underwater and she clearly was kicking her right foot down in a flutter kick.

Look, dude… she is part Japanese. She is allowed to do that. People need to calm down about the dolphin kick thing or we are gonna have another international incident like the Hansen/Kitajima thing. Do you want the rules changed so breaststrokers can dolphin kick out to 15 meters? ‘Cause that’s what’s gonna happen if we don’t all meet quiet.

A lot of kates and Katies lol 😝