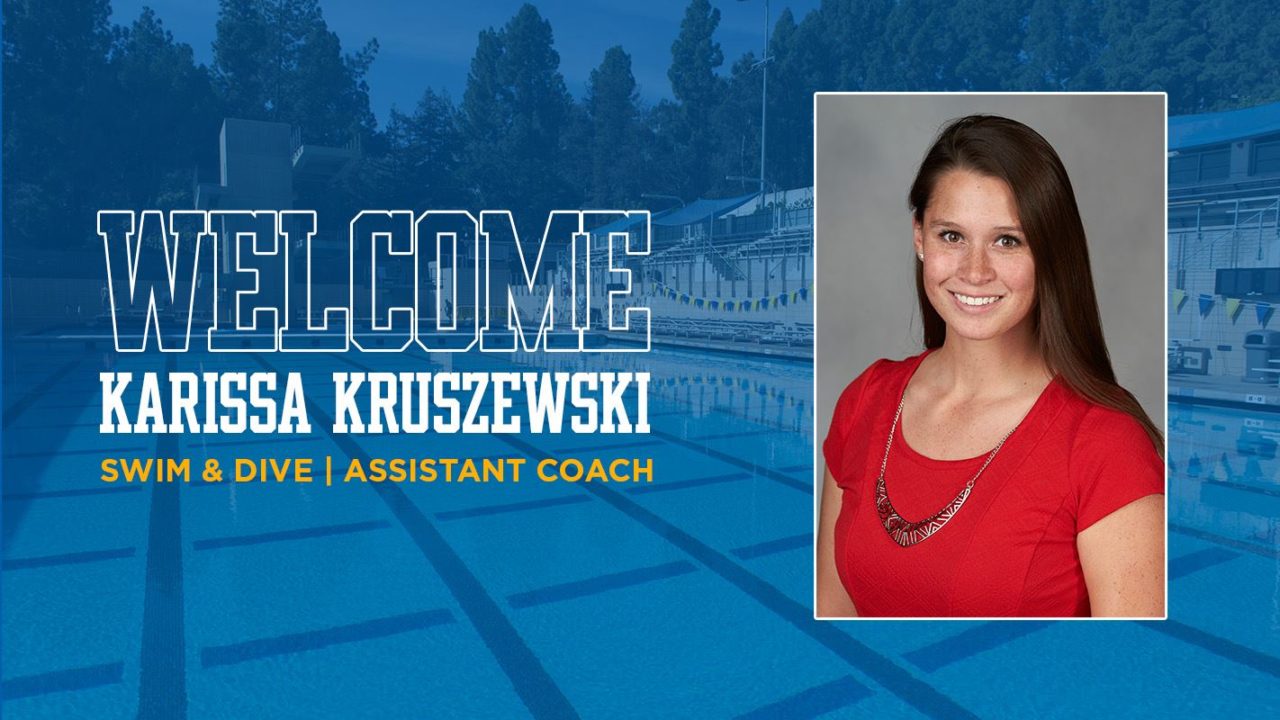 Karissa Kruszewski, who grew up in Southern California, has been hired as the new assistant coach of the UCLA Women's Swimming and Diving Team. Current photo via UCLA Athletics

A month after announcing the hiring of Jordan Wolfrum as head coach of UCLA Swimming and Diving, the Bruins have added Karissa Kruszewski as the program’s assistant coach. Kruszewski grew up in Southern California where she swam for Aquazot Swim Club and was a Southern California Swimming record-holder. She swam for three years at the University of Wisconsin after UC Irvine, where she began as a college freshman, dropped their program.

Kruszewski started her coaching career in Wisconsin working with high school students at Oregon High School and Stoughton High School and as a summer camp counselor at the University of Texas and University of Michigan Swim Camps. She then spent a year at Cal State East Bay working as the assistant coach, recruiting coordinator, and academic supervisor. From there she moved on to UNLV and has spent the last three years as assistant coach and recruiting coordinator for the Rebels’ men’s and women’s swimming and diving programs. Kruszewski specialized in working with the middle-distance and distance group and was responsible for putting together each of the recruiting classes from 2016-2019. She also put together training programs in collaboration with the head coach.

During her tenure in Las Vegas, the Rebels broke three school records and produced two swimmers (Brad Gonzales and Carissa Armijo) who garnered Freshman of the Meet honors at the 2018 WAC and 2019 MWC championships, respectively.

“I am delighted to announce the addition of Karissa to our staff,” said Wolfrum. “Her ability to connect with student-athletes, her passion for the sport, and her competitive drive are the reasons I hired her. I’m excited to share the deck with her and learn from her experiences. We can’t wait to get started with the Bruins.”