Justin Ress Jumps to #2 in U.S. Rankings in 100 Back in Charlotte 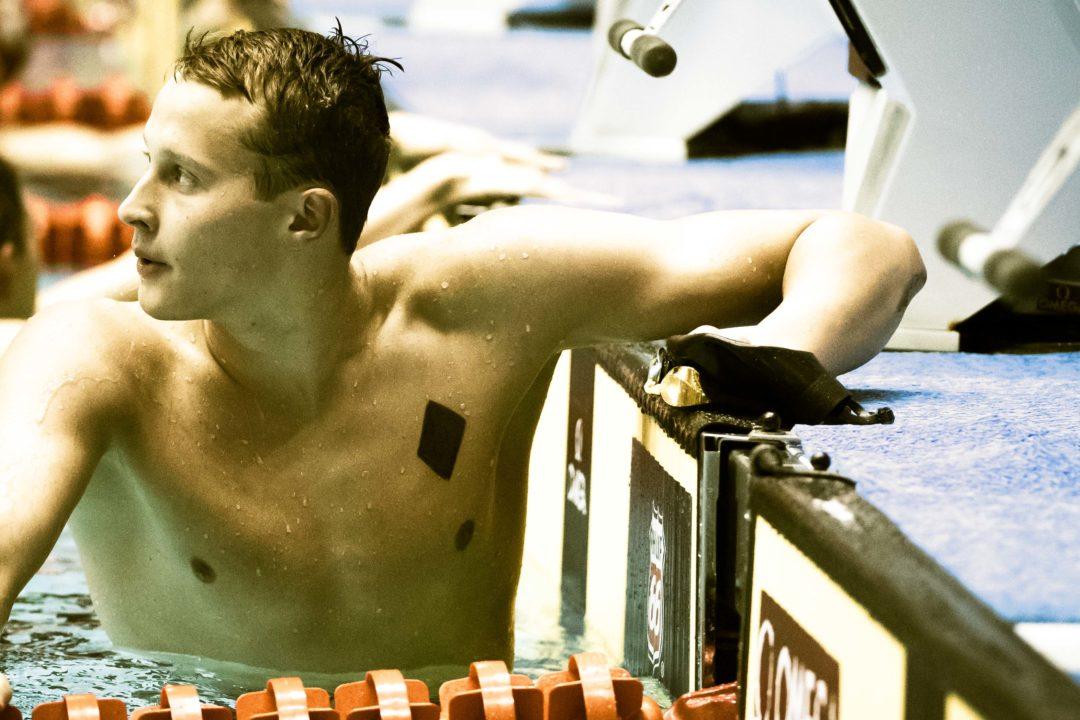 Novelline Smashes 53.0 in 100-Yard Back To Highlight IL Club Meets

16-year-old Carly Novelline hit lifetime-bests in both the 100-yard back and 100-yard fly for Wildcat Aquatic in a dual meet with Glenbrook Swim Club.

Freshman Maggie Wanezek Swims 1:56 in 200 Back as State Meet Follow-Up

After getting pipped individually by her teammates Reilly Tiltmann and Abby Wanezek on Saturday at the state meet, Maggie Wanezek won the 200 back on Sunday.

The 2018 Charlotte UltraSwim may no longer be a part of the USA Swimming Pro Swim/Grand Prix Series, where it used to be in regular rotation for some of the world’s biggest swimming stars, it has settled in as one of the faster meets in the country in the next tier of events. That includes drawing college swimmers from both North Carolina and neighboring states (especially South Carolina), locally-based pros like those from Team Elite – East, and pulling in lots of local youth talent – who earned their fair share of wins on night 2 of the meet.

The NC State Wolfpack opened up the session with a sweep of the titles in the 100 meter backstroke.

Then, in the men’s race, Justin Ress finished in 53.67 – which is only four-tenths of a second away from his lifetime best of 53.27, and ranks him as the 2nd-best American this season: behind World Record holder Ryan Murphy, but ahead of former Olympic gold medalist Matt Grevers.

He was followed by his teammates Coleman Stewart (55.38) and Wolfpack Elite recent post-grad Hennessey Stuart (56.04).

Ress later won the final of the men’s 50 back shootout running away, with a 24.90. That ranks him 12th in the world this year and 3rd in the U.S. behind Michael Andrew and Grevers.

In another standout swim in what has become a breakthrough summer, Rachel Bernhardt won the women’s 100 breaststroke by almost a full second, finishing in 1:09.65. Bernhardt, who swam collegiately at Drexel but spent last season as the Director of Operations at South Carolina, has now been under 1:10 seven times in 2018 alone. She’d never done so before this year. She ranks 10th among Americans so far this summer in the event.

In the conclusion of Thursday’s shootout preliminary rounds, Bernhardt also won the women’s 50 breaststroke in 32.02, ahead of NC State freshman Olivia Calegan (32.12). 14-year old Kaylee Hamblin swam 32.13 for 3rd place. While USA Swimming doesn’t keep official 13-14 records for the 50m stroke events, unofficially, according to the SWIMS database, that is the second-best swim ever by an American 14-year old in that event.

Um, Grevers is still an Olympic Gold Medalist not a former one

Yes, but he torched that 100 in 9.79 against a dirty field. Kind of like cycling in that 6 out 8 in that 1988 final were probably dirty and tested positive at some point of their career.
http://www.dailymail.co.uk/home/moslive/article-2169255/Dirtiest-Olympics-race-history-1988s-100m-final-year-steroids-turned-sport-sour.html

USA Backstroke is so deep… we may see 4 52s this summer.

It’ll be 2016 Olympic Trials all over again

Or just keep switching the country that you represent like Condorelli.