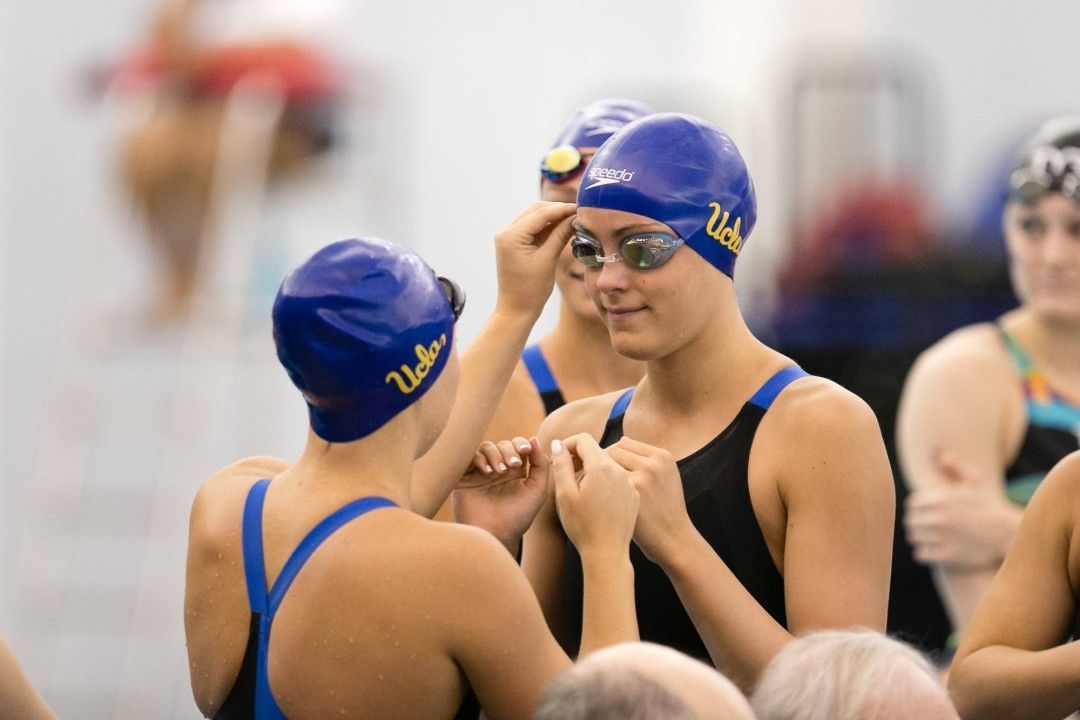 Brooke Schaffer, a USA Swimming Scholastic All-American and NISCA All-American from Mountain View, California, has elected to remain in-state, albeit in the southern half, and has given a verbal commitment to the University of California, Los Angeles for 2019-20. She will join Daniella Hawkins, Lauryn Johnson, Lindsay Stenstrom, and Sophia Kosturos in the class of 2023. Schaffer made her announcement via social media, saying:

“I’m excited to announce my verbal commitment to swim and study at UCLA. Thank you to everyone who has supported me💙💛 #gobruins”

Schaffer swims for Saint Francis High School and Palo Alto Stanford Aquatics, where she specializes in the shorter range of freestyle and butterfly events. She won the 100 fly and was runner-up in the 50 free at the 2018 CIF-Central Coast Section Championships. At the California State Meet the following weekend, she tied for second in the 50 free (22.88) and took fourth in the 100 fly (53.97). She also split a 22.59 in prelims on the end of SFHS 200 free relay and anchored the 4th-place 400 free relay with 49.44 in finals. She earned PBs in the 50/100 free at the State meet and in the 100 fly at CCS.

In club swimming, Schaffer was a B-finalist in the 50 free at 2017 Winter Juniors West. She won the 50 free and was an A-finalist in the 500 free, 100 back, 200 fly, and 200 IM at the Far Western Short Course Championships in April. Last summer she competed at the FINA/airweave Swimming World Cup 2017 in Eindhoven, Netherlands.

I’m excited to announce my verbal commitment to swim and study at UCLA. Thank you to everyone who has supported me💙💛 #gobruins

If you have a commitment to report, please send an email with a photo (landscape, or horizontal, looks best and a quote to [email protected].