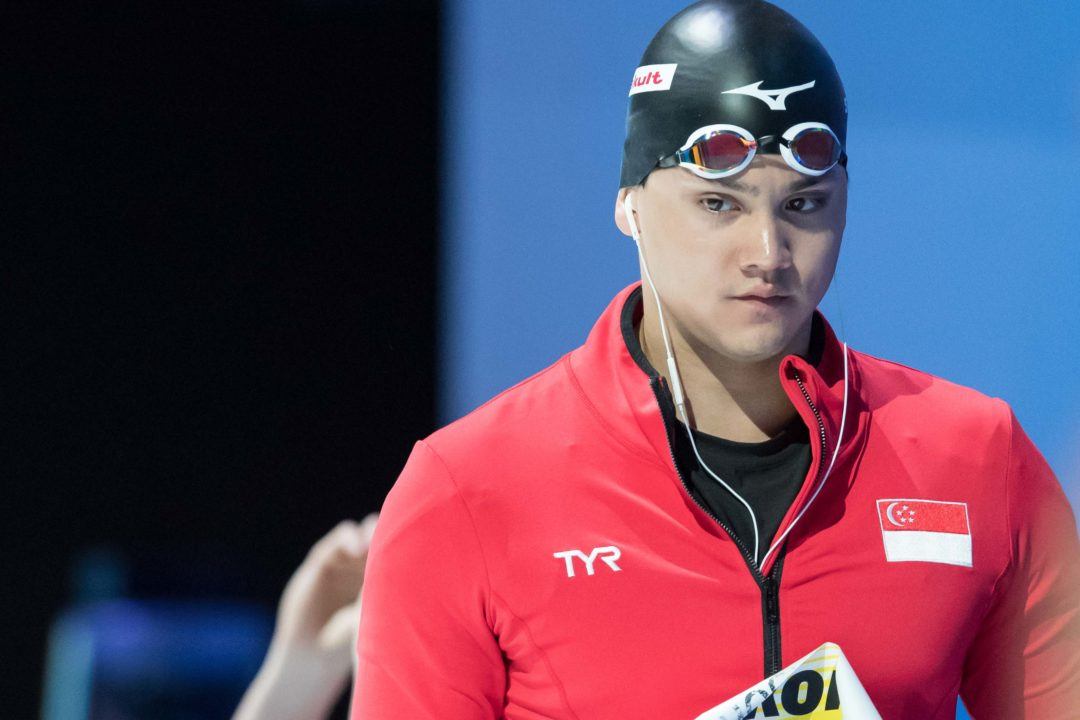 According to a report from the Straits Times, the Olympic champion is reuniting with his former coach in Virginia this weekend. Archive photo via Mike Lewis/Ola Vista Photography

Singaporean Olympic champion Joseph Schooling is set to reunite with former coach Sergio Lopez, according to a report from the Straits Times.

The Times reports Schooling will join Lopez — currently the head coach at Virginia Tech — in Virginia this Sunday and train there through the Tokyo Games this summer (with a trip back to Singapore in March for the National Age Group Swimming Championships.)

The 24-year-old Schooling previously trained under Lopez, 51, while attending high school at The Bolles School in Florida from 2010 to 2014. He went on to swim for Eddie Reese at the University of Texas, during which time he won Olympic gold in the 100 fly in 2016, and became a 22-time All-American before graduating in 2018.

After serving as an assistant coach at Auburn, the Spanish Olympic medalist Lopez took over at Virginia Tech in 2018. He was head coach of the Singapore national team from 2015 to 2016 prior to his time at Auburn. Lopez has assembled a diverse pro group, called “Swim Pinnacle Racing,” in Blacksburg. The group, reported to have 15 members currently, includes Egyptian Olympian Farida Osmanand a slew of other Olympians and Olympic hopefuls.

Schooling has struggled to reclaim his spot atop the international ranks since his 2016 performance. He did not advance out of prelims in the 100 fly at the 2019 FINA World Championships last summer, finishing over 2.5 seconds behind his Rio-winning time. At the SEA Games last year, he won the 100 fly and took silver in the 100 free.

Interesting move? Hoping for the best for Joseph in this venture

Yeah the comments are getting monotonous. We’ve got enough to work with from all Indiana stuff

Monotonous. I see what you did there.

Why not back with Eddie?

20
-7
Reply
Why
Reply to  Swimming4silver

That’s a good question? Why change from what was successful. No knock on Sergio but seems like his Bolles glory days are gone?

16
-16
Reply
SwammerfromFL
Reply to  Why

Sergio isn’t at Bolles currently. He left in 2015 to go to Singapore and is now at Virginia Tech.

Maybe the training is too hard with Eddie?

Why would Eddie want him back? All the Eddie’s in the world can’t fix this.

Maybe he just wanted something different. He has experience with Lopez, but training at Tech is a novel environment. He really slacked the second half of college…. maybe he thinks it’s more likely he’ll “fall back” into his old ways at Texas- he may find it easier to change his outlook and gain a new focus at Tech. It seems like he’s had trouble maintaining his focus since Rio. Blacksburg is a great college town but there are way fewer distractions there than in Austin.
Of course, it’s also possible Eddie didn’t want him back/ the training would be too hard for him.