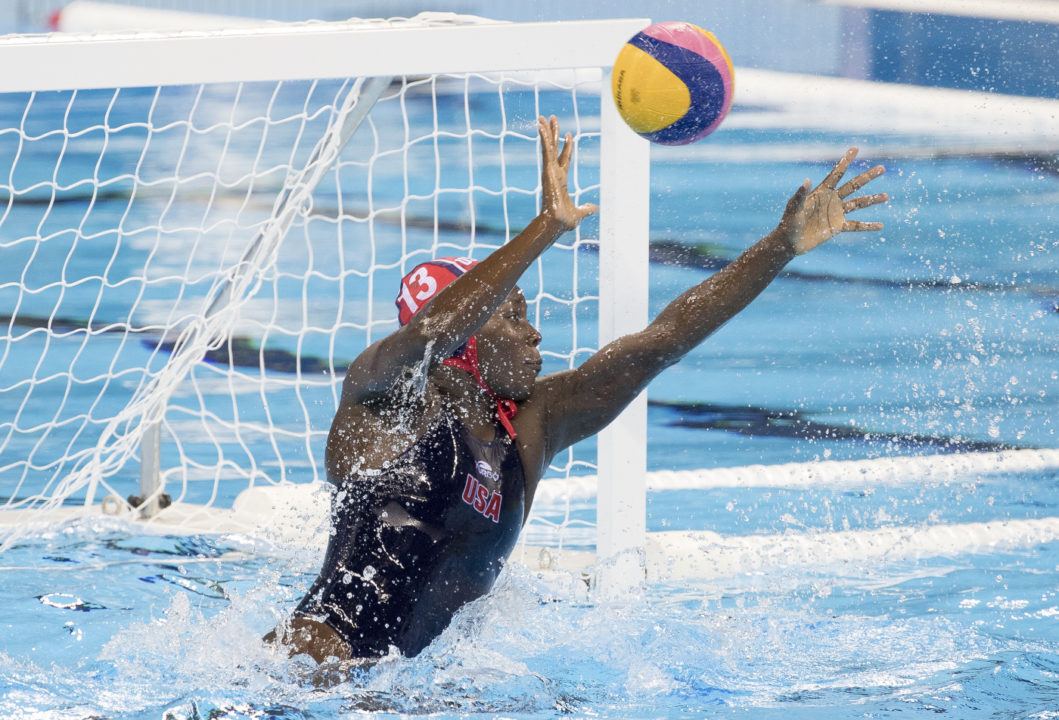 The AAU (Amateur Athletic Union) Sullivan Award is given yearly to the “most outstanding amateur athlete in the United States.” The award has been running since 1930, and has honored a long list of famous athletes. Swimmers Michael Phelps and Missy Franklin are among them, with Phelps winning in 2003 and Franklin in 2012.

Johnson and Johnson are among the 18 finalists named by the AAU. You can see the finalists and vote here.

Three divers have won the award: Sammy Lee in 1953, Pat McCormick in 1956 and Louganis in 1984. No water polo player has ever won the award. The aquatic athletes’ bios, per the AAU Sullivan site:

A two-time AAU James E. Sullivan Award semifinalist, Johnson has proven to be one of the best water polo players in the world.. She helped lead Team USA to a gold medal at the 2016 Olympic Games in Rio and took home Top Goalkeeper honors.

Eight years after a devastating injury, Johnson realized his dream of representing the United States at the Olympic Games and brought home a silver medal in the 10m synchronized diving event. Johnson finished 13th overall in the 10m individual diving event.