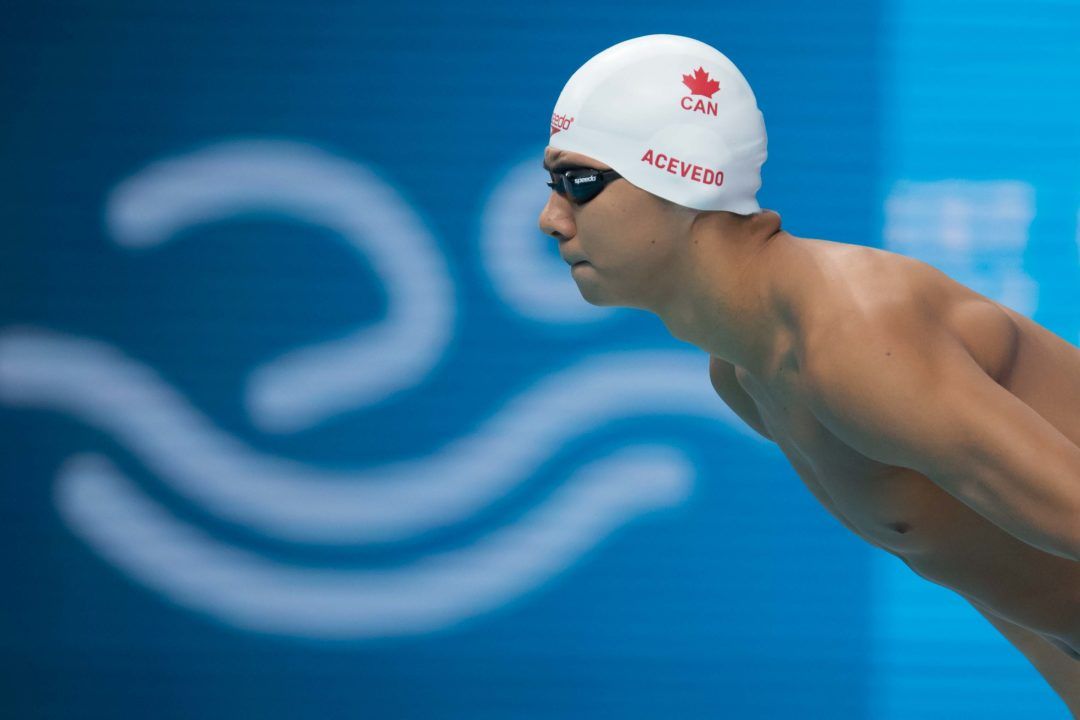 Acevedo got back in the water though at the Georgia Fall Invitational on Nov. 29 and has since been working on getting back to full strength.

While Acevedo has competed in each of the past four meets for the Bulldogs, his times are still off from his personal best. He said he’s working on getting back to the level he was at in the weight room with the rest of his teammates when he was healthy so he can get back to his personal best yard times.

Acevedo says that he is feeling great following the meet against Tennessee on Jan. 26, too.

“If there was a number I would put it on, I would probably say 90, 95 percent,” Acevedo said. “There’s no lingering stuff. I’m just trying to get back to where I want to be 100 percent wise. In the next couple of weeks, that comes with fine tuning stuff maybe. I won’t be tapering or resting but I think that will come with the rest that will come via everyone else getting more rest. I’ll be able to get some then and work on the things that I need to work on to get to 100 percent.”

“He’s doing as well or better now I think, I don’t see any difference in him in the pool now at all,” Bauerle said. “It was just really hard because we had to take so much time off after his injury. That was rough. Right now, if he’s not 100 percent, he’s 98 percent. But we like him at 100 [percent]. I think by the time we get to NCAAs, I think he will be 100 [percent].”

Despite the injury and taking time off, Bauerle said that Acevedo has stayed motivated.

“The expectations are the same and in a way I think they have to be,” Bauerle said. “Otherwise I don’t think your mind allows you to get back. But he’s done a really good job. He was on fire when it happened, that was the tough part, and he knew it. But he’s also put in consistently better training now than I think this time last year.”

But since the Georgia Fall Invitational, Acevedo has not swum faster than a 1:45.54 in the 200 backstroke in two attempts against Harvard on Jan. 7 and Tennessee on Jan. 26. His 100 backstroke has not broken 47.00 in his last three swims and his best time in the event is a 44.74.

How did he get these injuries?