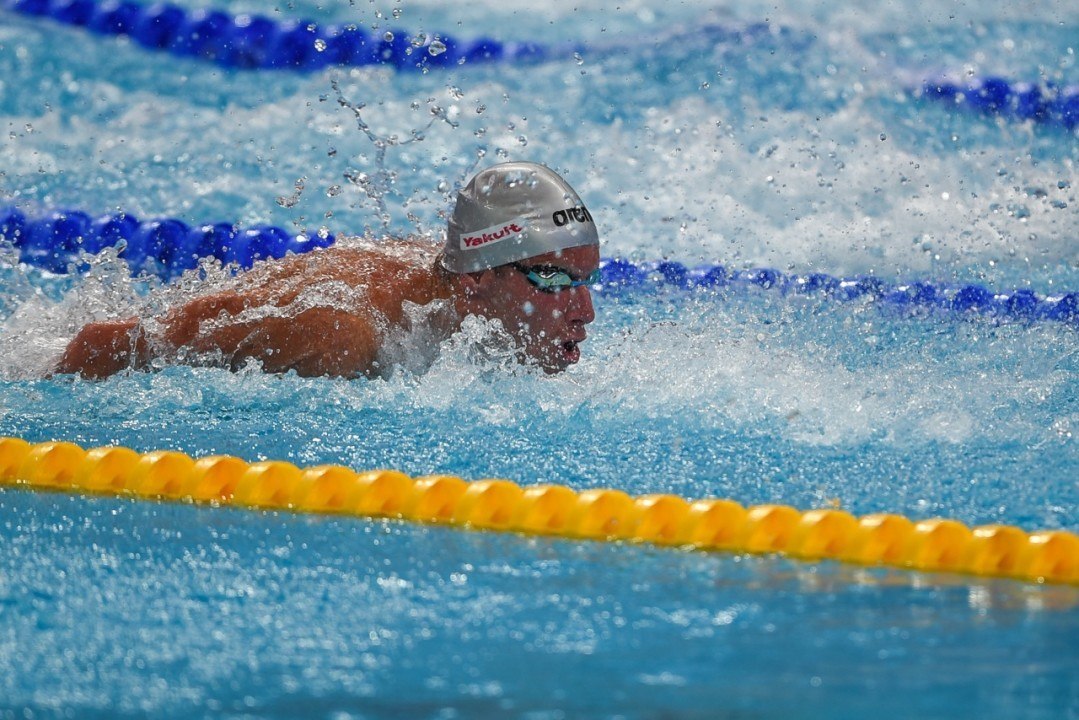 30-year old Jan Sefl has represented his country internationally on many occasions, but his Olympic "A" cut on Friday gives him a shot at his first Olympics. Archive photo via Peter Sukenik/www.petersukenik.com

*David Plummer is the American backstroker famous for qualifying for his first Olympic Team in his 30s.

Most races for Sefl have gone the way that swimming usually goes for athletes in their 30s: the majority of his best times are from 2016 or earlier. But in the sprint butterflies, he’s been on a pandemic tear. In the 100, his best time entering 2021 was the 52.65 that he swam at the 2017 World Championships. Since April, he’s been faster than that time now in 5 different swims, including knocking half-a-second off in one go on Friday.

Sefl also picked up a win this weekend in the 50 fly, where he marked a 23.89. That’s just a tenth shy of his previous lifetime best from the 2017 World University Games.

On the women’s side, the headliner was Slovenian teenage distance freestyler Katja Fain, who won a whopping 5 races:

The most exciting and deepest race of the day came in the men’s 200 breaststroke, which was also the biggest win for the home team. There, two-time Olympian Tomas Klobucnik of Slovakia topped the field in 2:14.11, beating out Czech’s Filip Chrapavy (2:14.65) and Matej Zabojnik (2:14.95), as well as Ukrainian 17-year old Maksym Ovchinnikov (2:15.02). Zabojnik’s time broke the Ukraine Junior Record in the event which had stood since 2010.

Klobucnik’s winning time is an “A” cut for the European Championships, though it was well short of his 2013 best time of 2:11.

In total, 9 Meet Records were set in Samorin over the weekend.

Jan used to train in Canada in the winters about 10 years ago with the Calgary Dinos. What a great guy. Glad to hear he’s ripping it up!

Quite unusual for a swimmer to improve so much not only after 30 but during a period when training was challenging.

Seems like this pandemic has actually helped a lot of swimmers, there have been so many Quick swims so far in 2021, maybe it shows that some swimmers need to rest more in order to produce quick times

Or they’re rested now because of the pandemic and will swim slower come this summer because their bodies haven’t been forced to adapt to a higher training load.

Lots of time when athletes plateau the solution is to switch up how they train and covid forced everyone to do that so thats why lots of people are improving.

that’s such a cool story, 30s is old! congrats Jan!