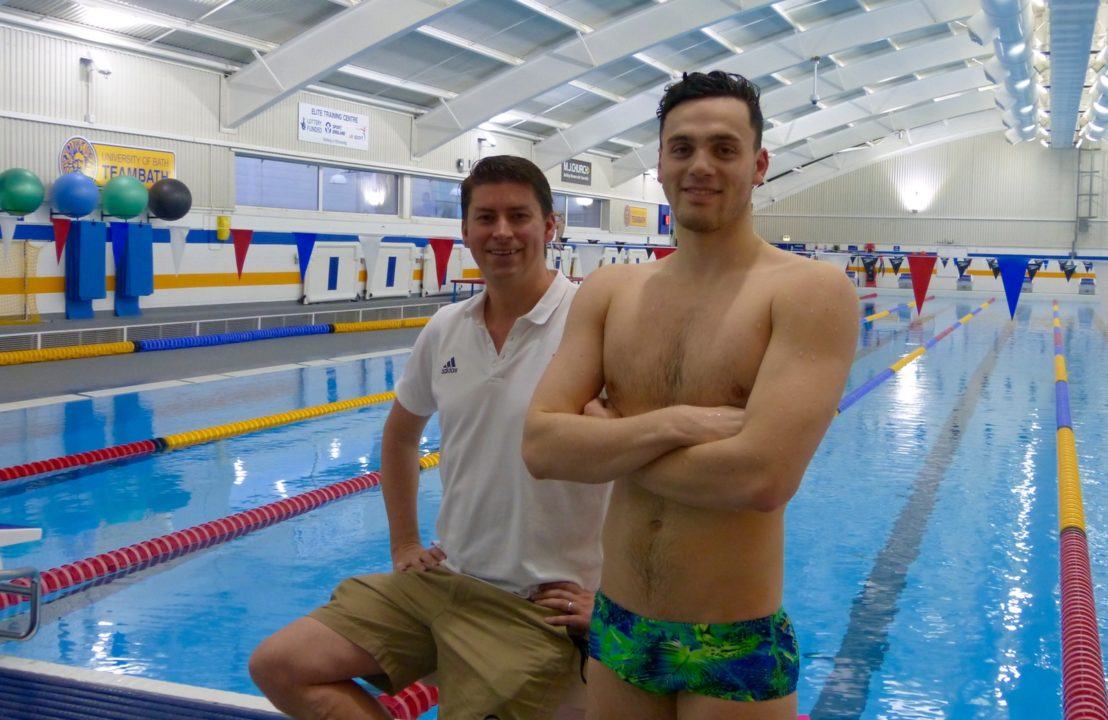 Catch up with British Olympian James Guy in his new training home of Bath. Current photo via courtesy of Matchtight

Reigning 200m freestyle World Champion James Guy made the move from Millfield to Bath last month, following longtime coach Jol Finck to the site’s National Centre. As Guy told SwimSwam at the time of the switch,  “I’m primarily following Jol, but it helps being at the National Centre. I’m in need of a move.”

Now one month into his kicking off the quadrennial in his new Bath environment, what does the 21-year-old think of his new digs?  “I’ve been training in Bath for four weeks now and I’m absolutely loving it,” said Guy, who won silver medals in the 4x200m freestyle and 4x100m medley relays in Rio.

“When you walk in the Sports Training Village, everyone has the same passion and the same ambition to be the best. I’m training with Olympic medallists day in, day out – an elite group of athletes who want to be the best in the world.”

Of the rejuvenated squad, Finck says, “The last few weeks have given me a chance to get to know the environment here at Bath, how everything works, and it’s been great. There is a real energy in this building. Every time you come in – it doesn’t matter if it’s 6 in the morning or 7 at night, there is always something going on. It’s a great environment, an inspiring environment.

“Dave McNulty [National Lead Centre Coach at Bath] is one of the best swimming coaches in the world and a great friend. We are both very excited about the future prospects of the whole programme and what we can do to drive the team forward for the next three-and-a-half years and beyond.”

Sounds like a situation for James and Jol and Cameron….and I don’t think they are very far from home.

Very close to home and their mothers who they still depend on
I don’t think it was a case of mirroring James I believe the decision was made as a trio as read on Jol’s interview
Millfield should be proud of the boys, their time has come to move on to allow the next wave to follow under the guidance of the new Director of swimming