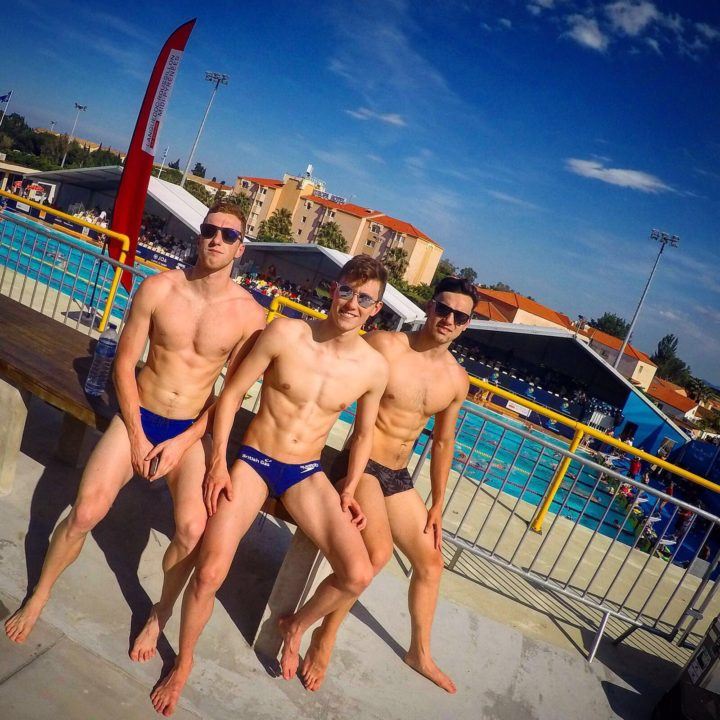 British Olympian Cameron Kurle Making Move To Bath…..Mirroring the move from teammate and World Champion James Guy, 2016 British Olympian Cameron Kurle will also be joining the Bath National Training Centre contingency. Following Coach Jol Finck’s transition from Millfield to Bath, Kurle is also joining the squad, which includes Chris Walker-Hebborn and Siobhan-Marie O’Connor, among others. After scoring 200m freestyle silver at the 2015 European Games and finaling at the World Junior Championships in two events, Kurle snagged 5th place in the 200m freestyle at his nation’s Olympic Trials. At just 19, he made the British Olympic roster and competed in heats of the event, where he would wind up 35th overall.

Bermudian Olympian Julian Fletcher Retires…..Along with the already-announced retirement of countryman Roy Burch, Bermuda’s Julian Fletcher has revealed he is retiring from competitive swimming. Over the past 12 months of his 10-year career, Fletcher cranked out 11 Bermudian National Swimming Records before making his nation’s Olympic roster for Rio. He had previously swum 4 years at Southern Methodist University in the United States. Fletcher said, “I believe my successful career in swimming has come to an end. I am satisfied with the results from this year, earning 11 National records in 12 months is a great accomplishment. Swimming has always been a major part of my life, but now I believe that it’s my time to move on and focus on a professional career out of the pool. I will continue to give back to the sport, and help our younger swimmers achieve their dreams of earning a Carifta medal, swimming in an NCAA D1 school and representing Bermuda at the highest level. I’m glad that I made that 4 year plan towards reaching an Olympic final, because it can now be used as a reference for athletes in the future.”

Northern State University Swim Coach Steps Down…..Elyce Kastigar, Head Swimming Coach at Northern State University in Aberdeen, South Dakota, will be stepping down from her post at the end of the 2016-17 season. Kastigar, who has been at the helm of the Wolves program for 10 years, will be pursuing other professional opportunities. Said NSU Athletics Director Josh Moon, “Elyce did a wonderful job building our swimming program and recruiting student-athletes that focused on academic and athletic excellence,” noted Moon. “It has been great seeing the program elevate these past few years into more of a national program with numerous student-athletes breaking school records and hitting NCAA standards. We want to thank Elyce for all of her hard work over the years and wish her all the best moving forward.”

That’s a nice picture taken at the Mare Nostum Meet in Canet, France !

Very nice bit biased but the guy in the Middle will be something special. Superb technician