Jake Foster Likely Not Taking Fifth Year, Will Retire If He Gets Into Med School 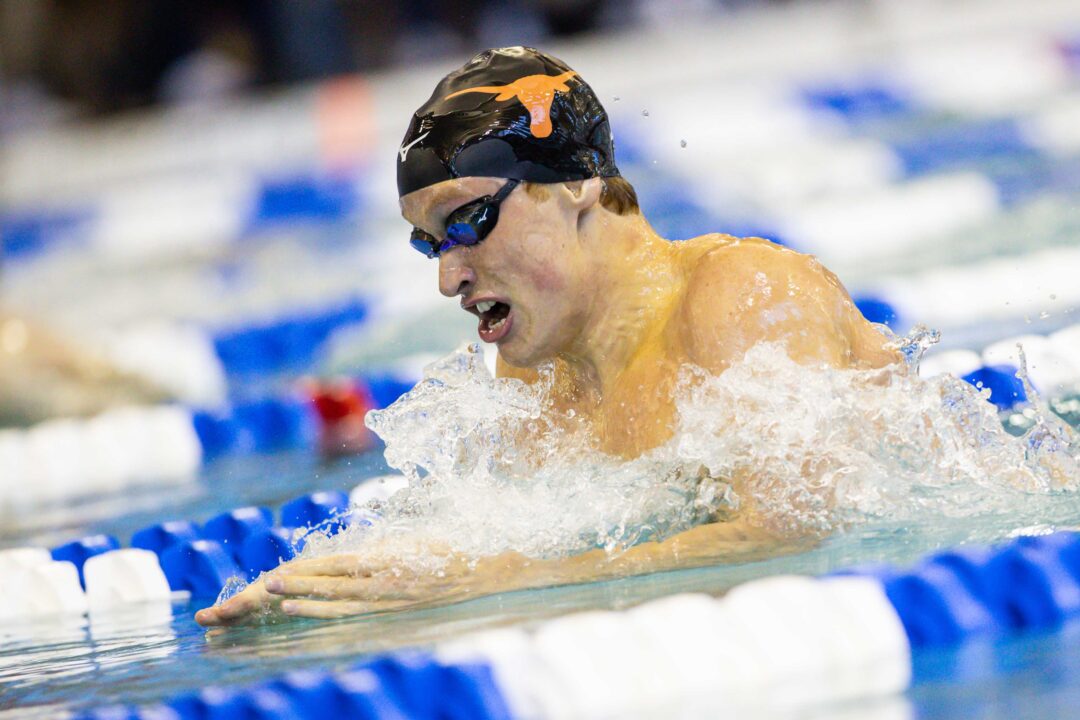 Foster tells SwimSwam "with some degree of certainty" that he won't be taking a fifth, and that he would retire from swimming if he enrolled in med school. Archive photo via Jack Spitser/Spitser Photography

University of Texas senior and U.S. National team member Jake Foster will likely not be using his fifth year of eligibility, which was awarded to all NCAA athletes that competed during the COVID-afflicted 2020-21 season.

“At the moment, I will be finishing my degree in the spring, and with some degree of certainty, I can say that I will not be using my 5th year of eligibility,” Foster told SwimSwam. “I may still be swimming next year as a pro, but that situation is still in flux with whether I will be enrolling in med school next fall.”

Additionally, Foster’s retirement was hinted at in his younger brother Carson Foster‘s recent Instagram post, where he says his “16th and final season swimming on the same team as [Jake] starts today.”

In February 2022, Foster’s teammates from Texas posted on social media about how he got a score of 519 on his MCAT test, which is an exam required for admission to the majority of medical schools in the United States. The highest possible MCAT score is a 528, so a 519 would put Foster in the 96th percentile of all medical school applicants, according to Association of American Medical Colleges.

Foster’s potential retirement comes despite the fact that he has a chance of making long course international teams in the future, including the 2023 U.S. World Championships team and the 2024 U.S. Olympic team. At the 2022 U.S. National Championships, he finished second in the 200 breast with a time of 2:09.00, which is ranked third in the United States and just 0.16 seconds off the 2:08.84 it took to make the 2022 World Championships team.

Foster isn’t the only Texas swimmer to retire from competitive swimming due to med school, as 2017 World Championship medalist Madisyn Cox also recently hung up her goggles after not making the 2020 Olympic team to enroll in med school.

Swim till 2024 Jake – you are an all world talent and can definitely make the Olympic team in 2024 in the 2 breast. You have your whole life to be a Dr. We are all lucky to follow your career and will be even luckier to have you as a dr. when you take that path. 2 more years – you got this. Plus you can get the Olympic tattoo. Do it.

519 is an absolutely insane score (just shy of the team record). Med schools and residencies love the student athlete story, and his experiences with Texas swimming will make him an amazing doctor

Okay necessary follow-up: who has the team record and what is it?

The most obvious parallel is Madisyn Cox, of course. She got into the Texas medical school (McGovern) and deferred a year while prepping for Trials. It’s not Harvard or NYU or Columbia, but if you do well there, it will get you a rockstar job in almost any specialty you want.

Very wise. Fifth-year eligibility is one of the worst ideas in college sports. Bad things, like COVID, happen, and college students, particularly the upper classmen, should be mature enough to know to deal with the loss and move on. If you think you are good enough, go pro or train for the next Olympics or World’s; if not, go take on other challenges in life, like med school. Instead, the NCAA is teaching the older kids that life will always give you a do-over, at the cost of denying younger kids the experience of college sports.

There’s always the Dr. Jenny Thompson option down the road.

Jake is not the caliber swimmer Jenny Thompson was.

Jake’s dad has been filming his races since he was a kid. And posting them on YouTube

A final video of Jake competing at the 2024 Olympics would be a thrilling coda to his swimming career.

The 200 breaststroke may be his best chance.

According to her IG, Cox only just “officially” retired yesterday. She was in the USADA testing pool for at least part of 2022.

Having 4 MD’s in my family circle, he can always request “delayed admission to program” if he’s accepted to med school. I can’t imagine ANY med school saying, “NO – come now, or don’t come at all!”

Medical schools get about 32,000 more applicants than they can accept. Of course they are going to say apply next year when you are ready we have plenty of applicants that want in now.