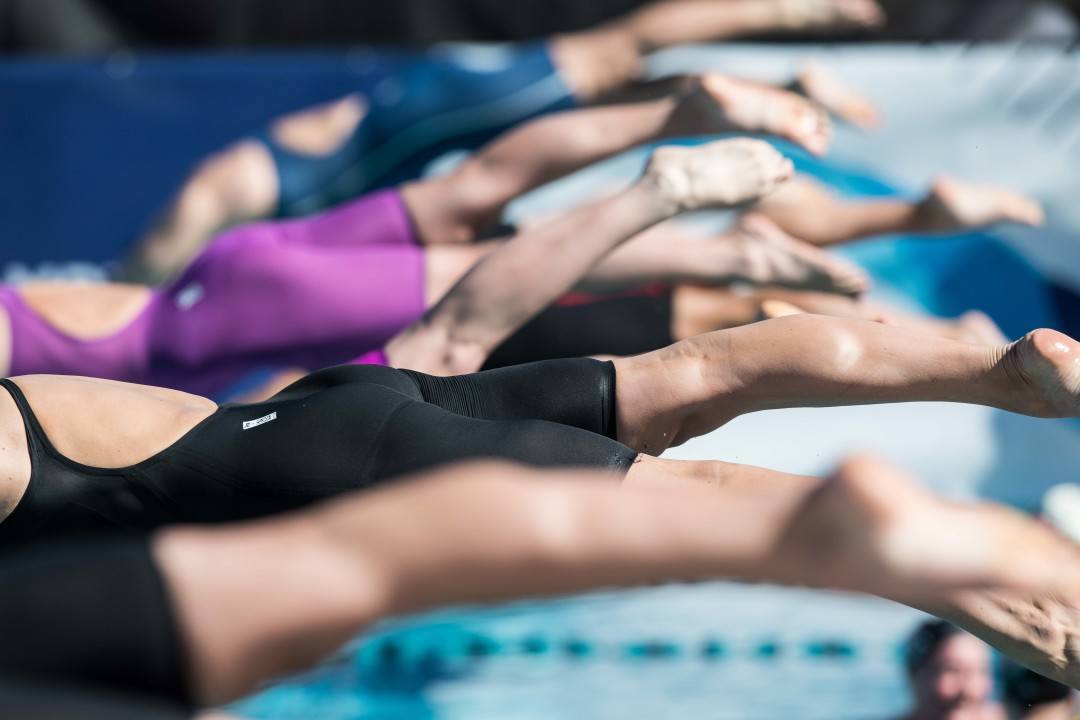 Italy had a strong showing on the third day of the European Junior Championships taking both the women's 200 breaststroke and the men's 100 freestyle... Current photo via Mike Lewis/Ola Vista Photography

Italy had a strong showing on the third day of the European Junior Championships taking both the women’s 200 breaststroke and the men’s 100 freestyle. Giulia Verona dominated the 200 breaststroke winning the event in a time of 2:26.53 finishing over two and a half seconds ahead of the field.

Alessandro Miressi‘s win in the 100 freestyle was not as definitive. At the halfway point Miressi turned in the fourth place position, but with a strong second 50 he was able to get his hand on the wall first in a time of 49.40 followed by Serhii Shevtsov of the Ukraine who posted a time of 49.57.

Also in that 100 fre, Ireland’s Gerry Quinn broke the Irish Junior Record in the 100 freestyle for the 3rd time at the meet. He swam 50.41 during prelims, lowered the mark to 50.15 in the semi-finals, and touched in 50.00 in the final to settle the record just short of that barrier as part of a 7th-place finish in finals.

After winning four gold on Thursday evening Joe Litchfield was the only British swimmer to come away with a victory on Friday. Litchfield won the men’s 200 IM in a time of 2:01.07.

Russian Polina Egorova had a good night winning the women’s 50 backstroke and putting up the fastest 100 butterfly time in the semi-finals of the event. Egorova won the 50 backstroke in a time of 28.43 and posted a 58.95 in the 100 butterfly.

Hungarian Kristof Milak won the men’s 200 butterfly in a time of 1:56.77 followed by Antani Ivanov of Bugaria who posted a time of 1:57.11. Ivanov broke his own national record of 1:57.76, which he set at the European Championships.

Russian Kliment Kolesnikov, who broke the junior world record in the 100 backstroke on Thursday, was the fastest qualifier in the men’s 200 backstroke putting up a time of 1:58.22 in the semi-finals. Kolesnikov improved on his lifetime best of 1:59.58, but still has a long way to go if he is eyeing American Michael Taylor‘s record of 1:56.78.

Top qualifiers from the semi-finals:

Does anyone know why Gonzalez was DQ’d in the men’s 200 IM? It doesn’t elaborate on the results page.

I am not 100% sure – But his turn from back to breast looked a little unorthodox – Possibly that.