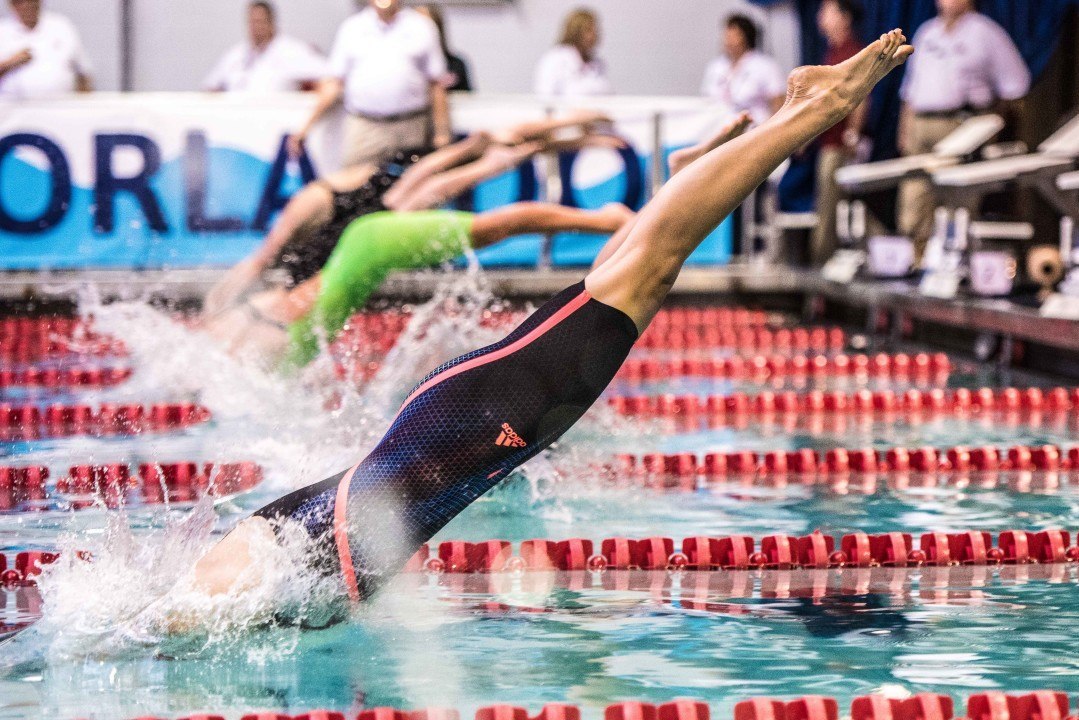 Tamila Holub of Portugal has received an invite from FINA to attend the Rio Olympics this summer after her swim in the 800 free. Stock photo via Mike Lewis/Ola Vista Photography

Yesterday, FINA confirmed Tamila Holub‘s invitation to the Olympic Games this summer after going under the qualifying time in the 800 free.

At the 9th Meeting Coimbra/XXVIII Torneio International on May 28, Holub swam the 800 free in a time of 8:36.21, a new Portuguese Junior Record.

The time qualified Holub for Portugal’s Olympic Team, but is still above the FINA “A” cut of 8:33.97. Holub is invited by FINA because the Portuguese Swimming Federation makes their own standards for their swimmers to qualify. The Federation’s standard in the 800 free is a 8:39, which Holub is comfortably under.