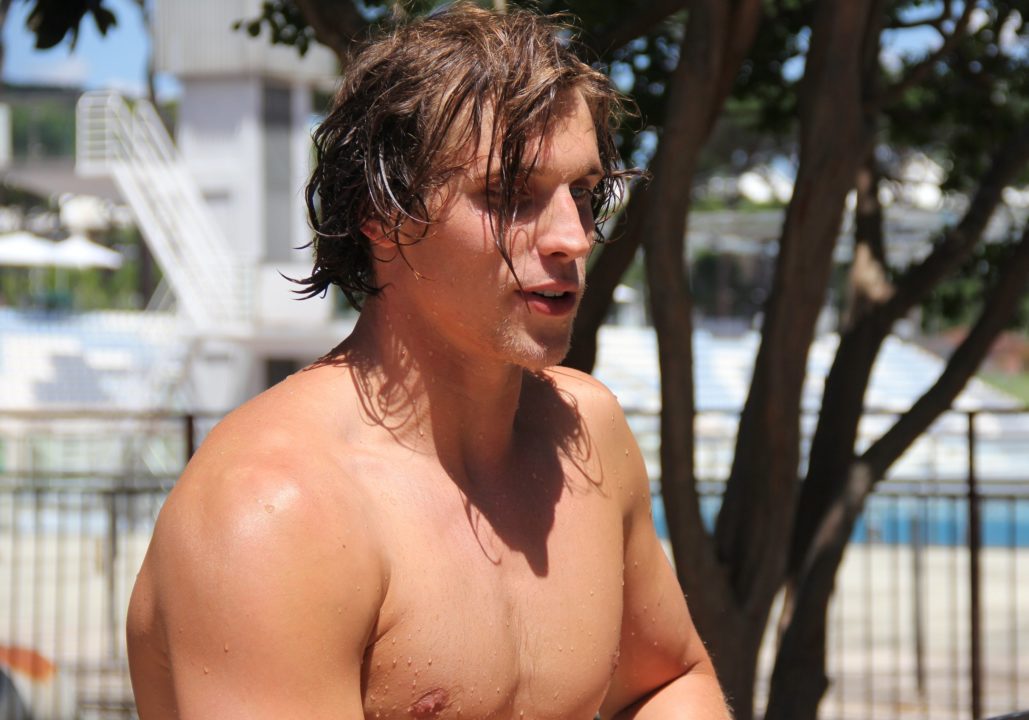 Santo Condorelli will be representing Italy for the first time as the nation hosts the 45th Nico Sapio Trophy in Genoa. Archive photo via Giusy Cisale, SwimSwam

The 45th Nico Sapio Trophy that kicks off tomorrow, November 9th in Genoa, Italy, is a veritable who’s who of Italian swimming royalty. 30-year-old Olympic veteran Federica Pellegrini is slated to swim, as is Sylvia Di Pietro, who made her return to racing this past September after several months off to address nagging injuries.

19-year-old Simona Quadarella is also expected to race in her follow-up appearance to notching a new Italian National Record in the 1500m freestyle at the Mario Battistelli Trophy last weekend.  Reigning European champion in the men’s 100m freestyle, Alessandro Miressi, is another star ready to rumble in Genoa.

Of note, once-American National Junior Team member, once-Canadian Olympian Santo Condorelli is scheduled to race this weekend representing his new nation of Italy. Federazione Italiana Nuoto, the Italian Swimming Federation, announced November 2nd that Condorelli is now eligible to compete for the Italian national team. He will be making his debut this weekend.

One Italian not making the trip is Gregorio Paltrinieri, as the reigning 1500m freestyle Olympic champion will instead be competing at the last stop of the FINA Marathon World Cup Series in Abu Dhabi.

But the Italians certainly won’t be alone, taking on the likes of Kelsi Dahlia, Kathleen Baker and Michael Chadwick from the United States. The same stars n’ strips contingency that competed in Bolzano will be in tact here for Nico Sapio, which means we’ll be treated to Lia Neal, Madison Kennedy, Kendyl Stewart and more.

The well-rounded competition will only help to boost any Italian, such as Condorelli, still needing to clock a qualifying time for the Short Course World Championships this December.