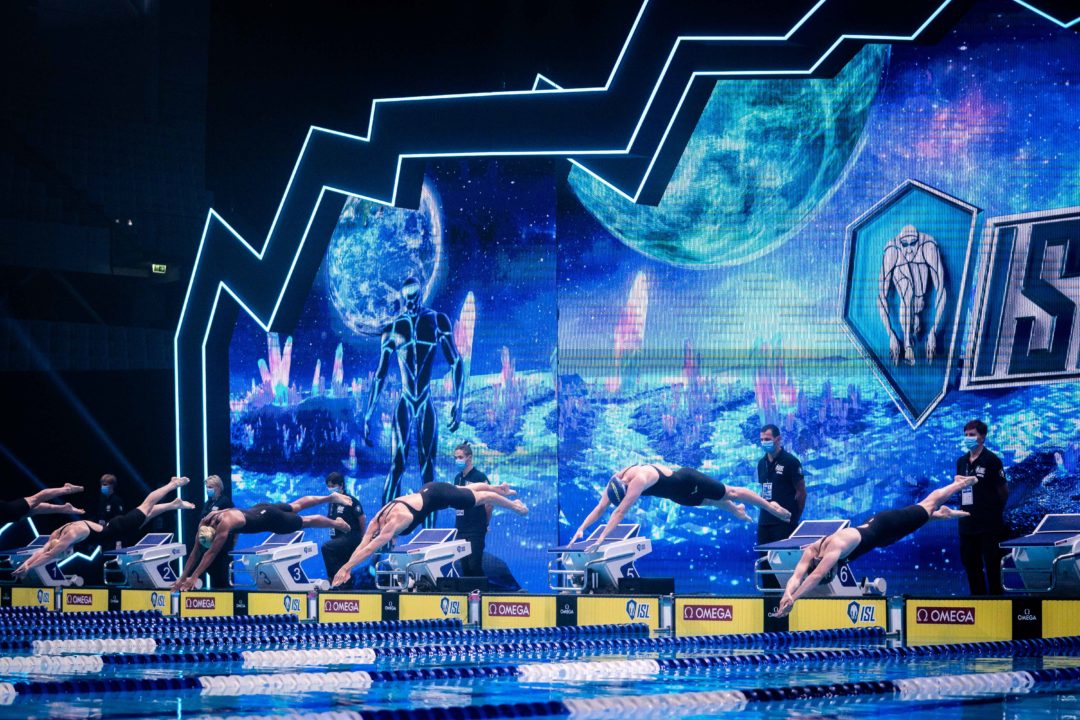 Hungary is adding new restrictions to curb the spread of the coronavirus, and ISL athletes have been informed that they'll see tighter restrictions, too. Archive photo via Mine Kasapoglu

The nation of Hungary is adding new restrictions to curb the spread of the coronavirus, and ISL athletes have been informed that they’ll see tighter restrictions inside the bubble, too.

The International Swimming League is running its entire 2020 season from within a ‘bubble’ in Budapest. But as COVID-19 cases and deaths within the country have skyrocketed in late October and early November, new national-level restrictions will also affect the athletes and coaches within the bubble.

Per the World Health Organization, Hungary hit new daily highs in new COVID-19 cases in four of the past five days. The country is seeing almost 4,000 new cases a day and had its highest daily death toll Tuesday with 84 deaths.

That’s causing the country to ramp up its pandemic restrictions. Yahoo News reports that Hungary will impose “stiff fines” for those violating rules on face masks, while the government discusses other changes this week.

Within the ISL bubble, athletes have been informed that the league will crack down harder on mask-wearing and social distancing. Social media posts from athletes have frequently showed athletes very close together and not wearing masks in gyms, on deck, and in ice baths. Athletes were told that social distancing and mask rules in those areas will be emphasized going forward.

Athletes were also warned that police could be at ISL events to make sure that the league is following mask and distancing rules. Police could hand down individual fines or even cancel the event entirely if participants aren’t following the rules.

Going on four weeks into its season, the ISL saw a number of positive coronavirus tests in the early days. Dutch freestyler Femke Heemskerk tested positive in the pre-meet screening process, but was able to self-quarantine and return to the team for its Week 3 match. Italian freestyler Federica Pellegrini tested positive and had symptoms. She missed the first three weeks, but just last week tested negative and is expected to join the bubble this week. But Hungarian butterflyer Kristof Milak got the virus in September and had symptoms bad enough that he withdrew from the league entirely to recover.

The league hasn’t had any high-profile positive tests since then, though, at least, none that have been reported.

The league will wrap up its regular season in the next week, with four matches taking place between tomorrow and next Tuesday. The postseason is set to run from Saturday, November 14 to Sunday, November 22.