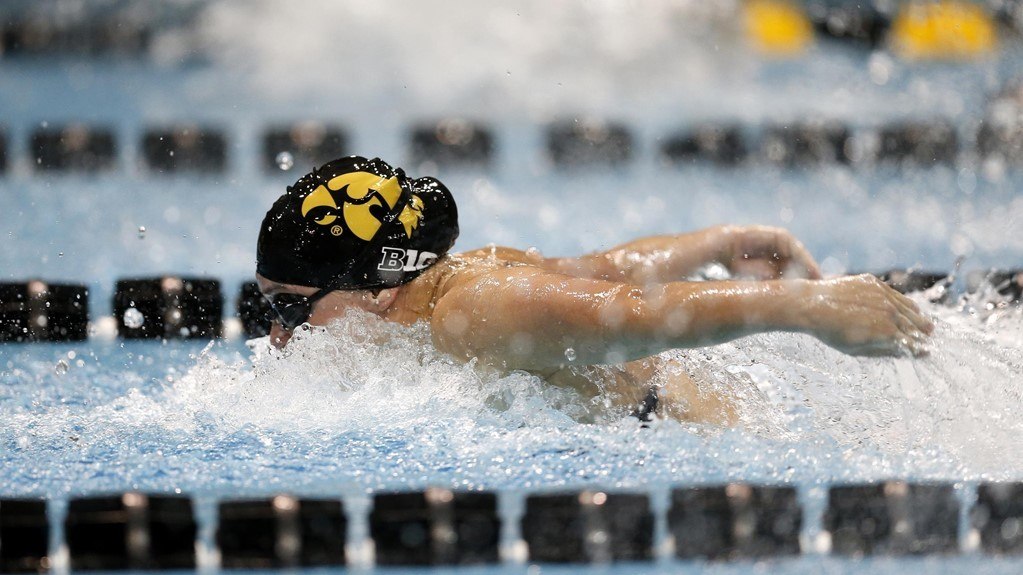 On the men's side of the meet, a pair of international freshmen took up the torch for Iowa. Stock photo via Iowa Athletics