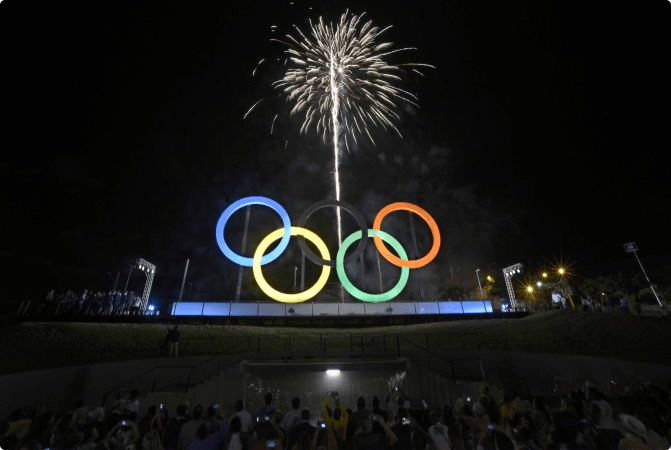 The International Olympic Committee has released a rulebook of its anti-doping policies for next summer's Rio de Janeiro Olympic Games, complete with testing policies and potential punishments. Current photo via rio2016.com

The International Olympic Committee has released a rulebook of its anti-doping policies for next summer’s Rio de Janeiro Olympic Games, complete with testing policies and potential punishments.

The policies are about what you’d expect for a major sporting event, but we’ll run down some of the specifics below. You can also read the full 40-page policy book here.

All Olympic athletes (in every sport) are under the IOC’s testing rules from the day the Olympic village opens to the Olympic Games’ closing ceremony. That period of time amounts to July 24, 2016 through August 21, 2016, or just under a month.

During that time, athletes can be tested anytime, with tests falling under the umbrella of in-competition (a drug test immediately following an event) and out-of-competition (which, here, would include tests called for when the athlete is in the athlete village or watching a different competition).

As under the usual anti-doping policy for highly-ranked swimmers, each athlete must provide their whereabouts for the duration of the time period – essentially a place and a time window where the athlete can be found each day, in case they are selected for out-of-competition testing.

Athletes can also file for therapeutic use exemptions, declaring any prescription drugs (ADD medications, for example) that they need to take during the Games, per a doctor’s prescription.

The IOC takes on the burden of proof for establishing that a doping violation has occurred. That’s not a huge deal, considering most of these cases are pretty cut-and-dried based on analysis of samples. But it does lend athletes a bit more protection if they are hit with a positive test result, and athletes do have the opportunity to appeal a result as always.

The IOC rules don’t say which lab specifically will test the samples from Rio, but it’s likely to be the local Brazilian lab, if it can gain its WADA certification in time.

Brazil’s only lab was stripped of its WADA certification in 2013, leaving FIFA to ship all its samples from the 2014 World Cup to Switzerland for testing. That cost the soccer federation a quarter of a million dollars.

But Brazil has opened a new lab which, last we heard, was in the final stages of WADA accreditation.

Any athlete who is found to have an in-competition anti-doping violation will have their results disqualified from the event after which they were tested. The IOC has the authority to decide whether all of the athlete’s other previous competitions at the 2016 Games will also be disqualified (though that’s typically what happens).

A missed test, as usual, counts as a failed test, and that includes mistakes in an athlete’s whereabouts information.

The IOC also has rules dealing with confidentiality, meaning the IOC must alert any athlete to a doping violation they are involved in, but can’t disclose a failed test to anyone not involved until the appeals process has played out. That means that we likely won’t know about any failed doping tests from Rio until well after the event is over.

You can find more information on the WADA website here.

Why bother texting for drugs at all? It is a waste of time and energy. Let them cheat ithe open. We know they cheat even with testing. Who really gives a damn anyway?bobbys

Why don’t the authorities just have a rule whereas all gold, silver and bronze medalist be forced to take a test thus illiminating drug cheats altogether when the medal gets taken away but the I o c have no bottle

Why not set up mobile lbs which the ioc can set up at each olypic competion area and test each athelete that is going to compete. Leaving it in hands all over world are hard to regulate and testing at random i cant see working…money will change hands to keep key atheletes from being tested. Everyone should be tested before competing. In the world of medicine testing can be performed rapidlly. And it would be cheaper in the long run

The US is dumping adulterated horsemeat into the global food supply. These horses are not raised for food but are privately owned Pleasure, Sport, Show and Race horses who have received a lifetime of powerful Equine Drugs such as, Clenbuterol and Phenylbutazone.
The US does not allow this consumption in America but is dumping these horses for consumption in other countries through slaughter in Mexico. Last year, the US shipped out millions of tons. 140,000 horses.
Please alert the Olympic Doctors that this horsemeat is also exported to Brazil and red meat there should not be consumed.

If both blood sampling was done as the testing protocol as well as 3 pubic hair samples which should have the chemical history of what was in the body for several past years, that would seem to me to be the most reliable testing procedure. If the hair samples couldn’t be completed in the desired parameters for the competition, that testing would remain to be an integral part of the record for each of those athletes who were tested with any continued ramifications for anyone who has been found to have violated the doping policy which has been established for all participants. But, for the process to be full-proof and “equal” to everyone who competes in the entire competitive field,… Read more »