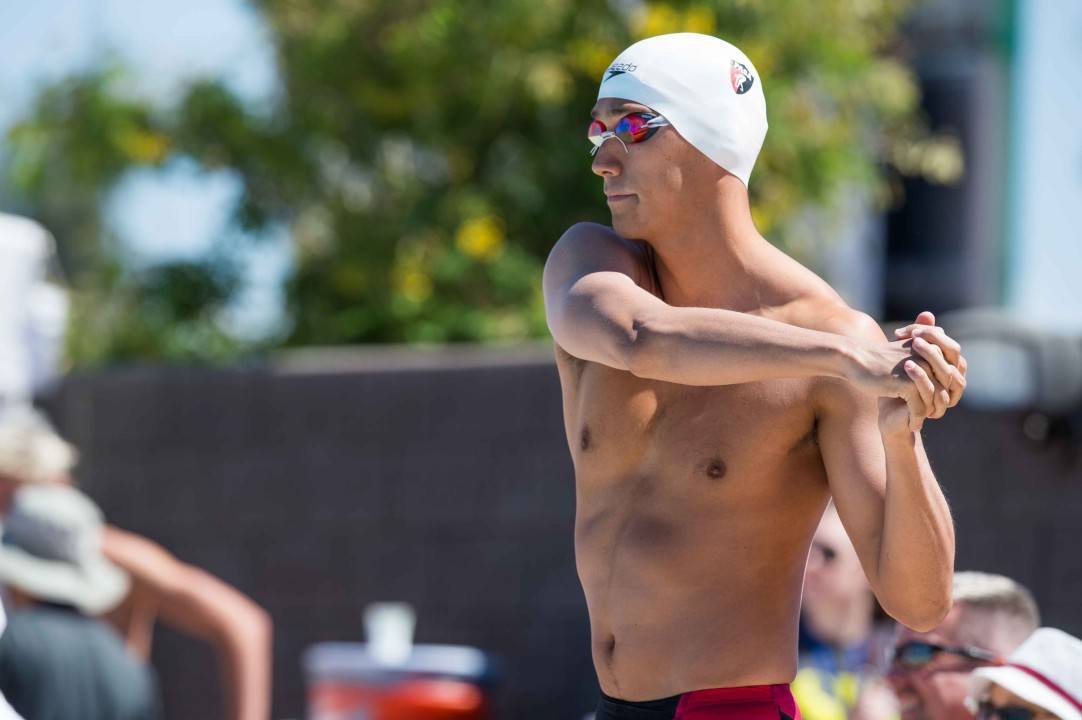 Earlier this week, four-time World Championship medalist Eugene Godsoe announced he will relocate for the upcoming Olympic year to Raleigh, North Carolina to train with the NC State Wolfpack.  Godsoe, a former U.S. National Team member, announced on his Facebook page that he’d be making the cross-country move back to his home state:

Some big life changes coming up. Moving back to North Carolina this week! I’ll be training for 2016 at NC State as a part of the Wolfpack.  Excited for this new opportunity with an awesome team/staff, and to be close to home again.  Stanford will always be a 2nd home to me and I’m forever grateful for the people I’ve met and opportunities I’ve gotten here… One more year, chasing the dream. Let’s get to work.

This is Godsoe’s second stint in North Carolina as a professional swimmer; following a very successful NCAA career that included an individual title in the 100 back in 2010, the Greensboro native moved to the Charlotte area to train with David Marsh at SwimMAC.  There, he began to successfully translate his short course prowess to the long course pool, earning four silver medals at 2011 Pan Ams, and finishing in the top eight in the 100 back and 100 fly at 2012 Olympic Trials.

His true breakout year, however, was in 2013 after returning to train at Stanford under the combination of Tony Batis, Ted Knapp, and Scott Armstrong.  That summer, he qualified for the 2013 World Championships in two individual events, and earned a silver medal in the 50-meter butterfly.  After an injury-plagued 2014, he returned for a solid 2015, but will need to return to 2013 form to compete in increasingly-crowded fields in the 100 fly and 100 back.

Godsoe will be joining an NC State team that has exploded over the past 3-4 years.  Under the tutelage of Todd DeSorbo (who serves as the primary sprint coach), the Wolfpack sprint group has developed from a middling group to a national powerhouse. This includes top 2 finishes in the 400 and 800 freestyle relays at this year’s NCAA’s, not including a sure-fire victory in the 200 freestyle relay that was lost due to a relay disqualifications.  The success appears to be translating to long course for many of their top swimmers, as well; Ryan Held recently registered the 8th-fastest time in the country in the 100-meter freestyle (more than two seconds faster than he was just last summer), and Simonas Bilis cut another half-second off his lifetime best in the 50.

Godsoe and Caleb Weir are the only non-NC State graduates (at this point) training with the program.