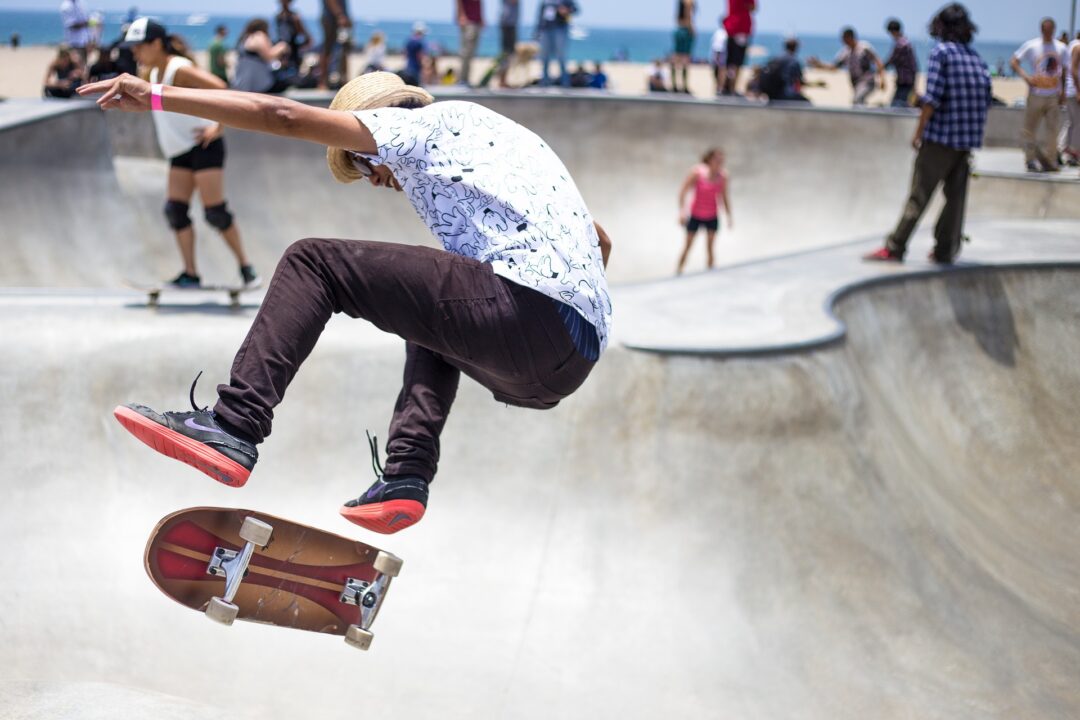 These three sports will be included for the third-straight Games in 2028, while three stalwarts, weight lifting, modern pentathlon, and boxing, are on the rocks.

The International Olympic Committee Executive Board has approved the addition of three sports as part of the Olympic program for the Los Angeles 2028 Games.

Skateboarding, sport climbing, and surfing made their debut at the Tokyo Olympics in summer 2021, where they were considered “added sports.” They were again added to the Paris 2024 program with more athletes. And they again have been renewed for Los Angeles 2028, pushing them closer to permanent sport status.

“The proposed inclusion of these youth-focused sports is based on the significant contribution to the overall success of the Olympic Games Tokyo 2020, their commitment to innovation and the partnership expressed by LA28, and also recognizing the deep roots each of these three sports have in L.A. and in California,” IOC President Thomas Bach said.

“At the same time, the IOC and the L.A. organizing committee renewed their joint commitment to prioritize reducing the costs and complexity of the Games.”

Among the ways that the IOC might offset these numbers: three stalwarts of the Olympic schedule that are in the midst of turmoil will have to ‘earn’ their way back into the Los Angeles Games.

“For boxing, weightlifting, and modern pentathlon, there will be a pathway for inclusion in this initial sports program,” Bach said. “These three sports may potentially be included in the LA28 initial sports program by the IOC Session in 2023 if by then the respective international federation will demonstrate to the satisfaction of the IOC Executive Board that they have addressed the following areas.

“First, AIBA [boxing]. AIBA must demonstrate that it has successfully addressed the ongoing concerns around its governance, its financial transparency and sustainability and the integrity of its refereeing and judging processes.

“Second, IWF [weightlifting]. IWF and its future leadership must demonstrate its transition towards compliance and effective change of culture. Furthermore, they must successfully address the historical incidence of doping in the sport and ensure the integrity, robustness and full independence of its anti-doping program.

“Third, and this is different, very much different from weightlifting and boxing. Third is UIPM [modern pentathlon]. UIPM must finalize its proposal for the replacement of horse riding and for the overall competition format. They must demonstrate a significant reduction in cost and complexity and improvements across the areas of safety, accessibility, universality, appeal for youth and general public.”

Sport leaders in Modern pentathlon, which includes the sports of fencing, swimming, equestrian (horse riding), and running combined with laser shooting, are push to replace the equestrian portion of the event after an incident where a German coach was videoed punching an uncooperative horse, ridden by the gold medal favorite, at the Tokyo 2020 Games. They have received pushback from athletes who believe that replacing the equestrian portion would undermine the sport, and they have taken that movement to the Court of Arbitration for Sport.

Bach’s commentary indicates that the IOC is ready to replace the equestrian section, which would significantly reduce the cost of the event and stabling horses.

The Los Angeles 2028 organizing committee has the opportunity to request the addition of other sports to the schedule in mid-2023, which is earlier than the originally-proposed late 2024.

Other sports that were part of Tokyo 2020 and are not included in the initial LA28 program include baseball and softball. The organizing committee is expected to request the addition of those sports, given their importance in the United States.

The lead contenders for addition to the LA 2028 schedule are cricket and a five-on-five version of flag football, reminiscent of the three-on-three basketball tournament added in Tokyo, but there are other contenders too. Ultimate flying disk, break dancing (which has proven popular on the Youth Olympic circuit), mixed martial arts, karate, and pickleball all are making pushes for inclusion, though it is unlikely that they can all be accepted and meet the IOC’s goals of 10,500 athletes.

With the Olympics in Brisbane in 2032 (including events at Surfers Paradise!), I imagine surfing will be on the menu again!

Hopefully at Kirra or Snapper Rocks. Much better waves than Surfers Paradise

The modern pentathlon athletes who have been training for years and years with Olympic dreams would care a great deal if their sport was removed from the Olympics. The “jump a horse you’ve never met before” event needs to be changed, but I have sympathy for every athlete who loves their sport and has the “pinnacle event” pulled out from underneath them three years before the Games.

Still an elitist, artificial, expensive sport, inaccessible to 99.99999 percent of the worlds population. Time for it to go.

I honestly like the concept of a multi-discipline event like this. I think it could be modernized and fine-tuned, but I really love the idea in principle. I know that crowds are moved by instant-gratification and records offered by the individual sports, but the effort and discipline and ‘body awareness’ that it takes to be so good at so many different sports, to me, is sort of an “ultimate athlete” kind of thing.

Michael Andrew has been waiting for this moment.

4
-4
Reply
Awsi Dooger
Reply to  Ugly IS my alibi

Good luck. Mixed events are increasing, not decreasing. Cross country skiing will debut two mixed events in March. They will undoubtedly be popular and added to the regular rotation. Then the world championships and Olympics follow.

5
0
Reply
Swimmer A
Reply to  Ugly IS my alibi

I want that mixed freestyle relay

Not surprise about this since California goes on and on about being so great in Skateboarding but one of the medalist was from Arizona. Also, I still think surfing is more popular in Hawaii than California. In fac only 5 percent of the population surfs on a regular basis since you can get knock down by a wave or get stint by a jellyfish. Also, LA Olympics unlike Paris will b ring back baseball and Softball since over half the softball players are from California. More girls in Orange County make the National Softball team than the events in swimming.

I hope they do something for surfing like Paris doing it at Teahupo’o. Would be awesome to see the competition at Mavericks. Although locally they could probably have a sick competition at Tressels barring issues with getting competition related infrastructure there considering its off the beaten path.

(Teahupo’o is in French Polynesia)

Duh…that was a Friday afternoon brain fart :p just a complete mis-reading of the comment

Current plan is to do it at Santa Monica, with an 8,000 seat grandstand.

Tokyo waves weren’t that big either. Wonder what that says about where the sport is trying to take itself as a competitive sport. Smaller waves allow them to surf closer to shore, which probably makes more sense for a spectator competition. Definitely makes it more accessible for “universality” and development in more nations.

I guess I can see why they choose venues the way they do. Maybe the conclusion is that surfing doesn’t really work in the Olympic model?

Could be interesting if they alternate between places like Teahupo’o with bigger waves, and places like SM.

I wonder if the event is successful at Teahupo’o (i.e. great breaks, awesome surfing) if that would change the direction LA goes. I wonder if there would be enough time to consider a venue change at that point.

On the other hand the comments on the Santa Monica venue makes a lot of sense.