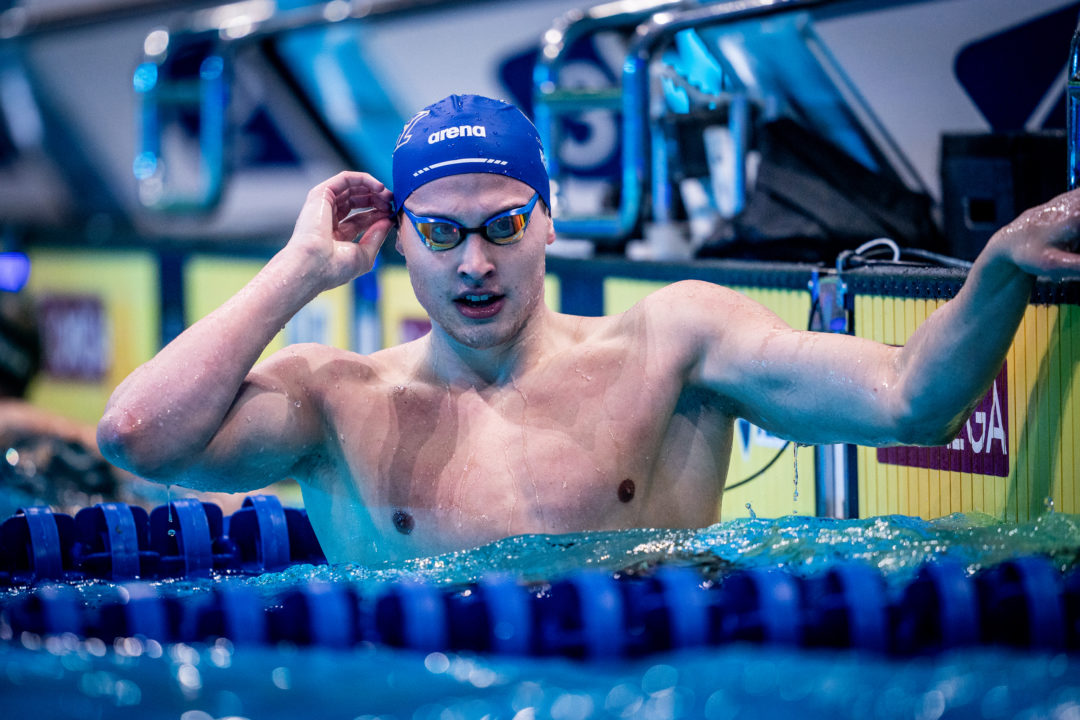 The ISL final is upon us, and it's time for SwimSwam's last round of International Swimming League Power Rankings heading into the championship meet. Current photo via Mine Kasapoglu

The ISL final is upon us, and it’s time for SwimSwam’s last round of International Swimming League Power Rankings heading into the championship meet.

Clearly the team to beat, Energy Standard took over the league’s top time (and the ISL records) in both women’s relays in semifinal #1.

One small loss was the end of the club’s 2020 unbeaten streak in the mixed free relay, with London taking over that ISL record.

One potentially big loss was loss of trust, when former Energy Standard GM Jean-Francois Salessy publicly resigned from his post and ripped the league and founder Konstantin Grigorishin in an open letter. Perhaps most concerning: Salessy alleged that the league has failed to pay GMs and administrative staff, and several swimmers confirmed to SwimSwam that they have not been paid solidarity payments due more than two weeks ago. That’s some serious internal drama for Energy Standard, but also for the league as a whole.

Will that be a distraction for the team’s swimmers? Apparently not, if you believe Salessy – who claims he didn’t have much to do with the competitive side of the team.

Cali’s men’s relays took a massive step forward in semifinal #2. That’s a huge boost to their postseason hopes, and they even have a shot to win the mixed free relay at next weeks’ league finale. If Caeleb Dressel and Justin Ress can both split in the 44-high/45-low range, anything is possible.

The big question is whether the women can win their league-record 10th-straight medley relay and maintain control of the skins. Cali has some major strengths in breast and back, but if they lose this medley relay to Energy, the skins are probably going toward free or fly, and Cali’s hopes of winning the title will be pretty much dead.

London swam about as well as anyone could have hoped, and they still fell 62.5 points short of Energy Standard. Maybe there’s a route for them to win the final, but it probably involves sweeping the medley relays and the skins.

Still, we’re going to jump them past LA after London moved ahead of the Current in 4 of 5 relays, including both medley relays. The British contingent (notably Adam Peaty, Tom Dean and Duncan Scott) are swimming very well, and Kira Toussaint kept a London tradition alive by becoming the first swimmer this year to break a world record in ISL competition.

LA still hasn’t lost a men’s medley relay this year, but their path gets tougher this week for two major reasons:

(1) Both London and Energy Standard passed up LA’s season-best in the men’s medley relay this week – and by no small margin, either. London (3:19.50) and Energy (3:19.55) have really exposed LA’s breaststroke weakness and can mostly neutralize the Ryan Murphy advantage in backstroke.

(2) Relying on Murphy has pretty much worked out every week in the men’s skins. But the final gets absolutely brutal in men’s backstroke, with Energy’s Kliment Kolesnikov and London’s Guilherme Guido both swimming extremely well and Cali’s Coleman Stewart and Justin Ress really starting to fly.

Those three will be among the most notable swimmers outside of the final. In fact, Tokyo’s 5 league-leading times are the most among non-final teams.

It’s too bad we won’t get to see Emre Sakci in the league final, and that we didn’t get to see Sakci vs Adam Peaty when both were really primed. (The two only met head-to-head in week 1, and Peaty really didn’t find his stride until this week).

Iron’s relays just never got it going this season, ranking no higher than 7th in the league in any relay. Their goal for next season has to be filling in some gaps around Sakci and Ranomi Kromowidjojo, who could be cornerstones of stellar medley relays, but who will also likely be primary free agent targets of some of the top teams this offseason.

Like Iron, Toronto just couldn’t get its relays over the hump this year. Their women’s medley looked promising for a time, but only wound up #4 in the league ranks.

But next season, Toronto could potentially get Kayla Sanchez and Penny Oleskiak back in the mix, and that would be a massive boost to a pretty good roster.

Michael Andrew got his first ISL win in a tough semifinal field, winning the 100 IM. And New York has plenty of young talent to build around for the future, including 50 fly winner Arina Surkova, who made the second rounds of the skin race.

Can’t feel great for DC to watch their former breakout star Siobhan Haughey swimming so well for defending champs Energy Standard. DC fans can’t help but wonder if this year’s breakout freestyle star Zach Apple could also be destined to be snatched away in free agency, especially after the former GM of Energy Standard publicly alleged this week that “the dices are loaded” in favor of the club owned by ISL founder Konstantin Grigorishin – that echoes fairness concerns that fans across the league have raised throughout the league’s history. Perhaps no team has been more harmed by the mysterious and controversial workings of the league’s free agency system than the Trident.

Blocked out of the postseason, the Aqua Centurions saw their ISL record fall in the men’s 4×100 free relay. Bummer. At least Szebaztian Szabo remains 7-for-7 in his ISL career in 50 fly wins.