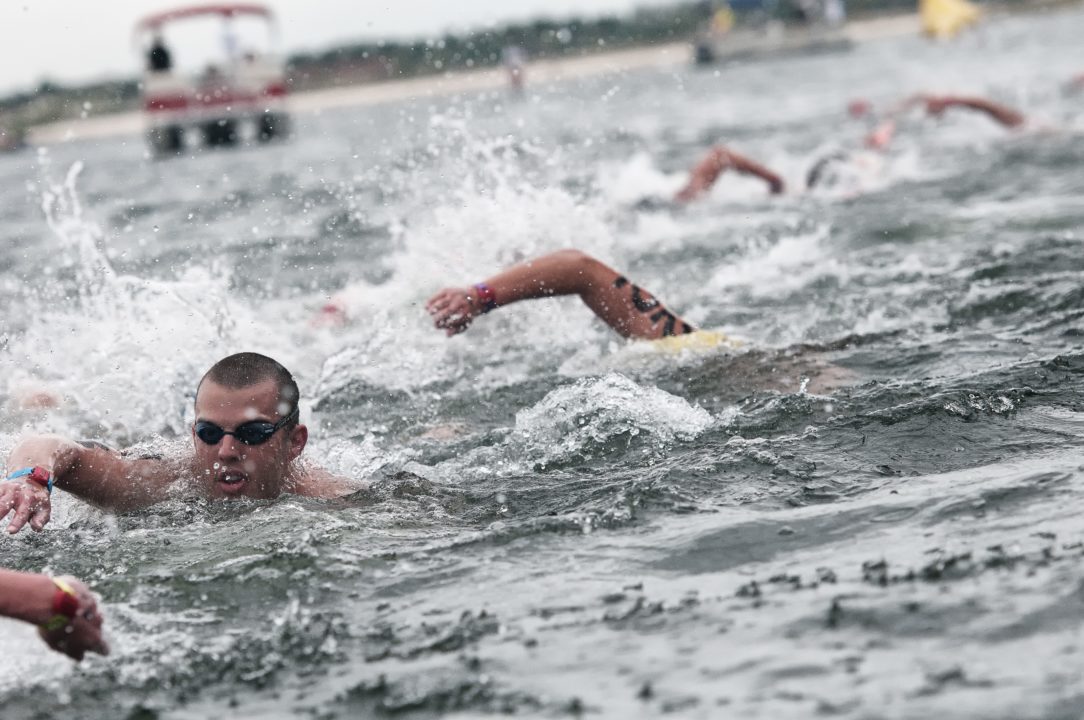 Who says swimmers can’t win races on dry land? A pair of college swimmers swept the top spots in the sprint event at the USA Triathlon Collegiate National Championships in Tempe, Arizona on April 4th.

Boggs, a breaststroker and freestyler for the Hoosiers, was the fastest male finisher in the sprint tri, coming in at just under an hour with a time of 55:06.58. He had the second-fastest swimming split at 9:27 (the fastest swimmer was Stanford’s Thomas Roos, a former Emory All-American, at 9:06). You can see a post-race interview with Boggs here, courtesy of USA Triathlon.

Cal-Poly distance freestyler Spivey finished in 1:01.31.25 to win the women’s race. She had easily the fastest swim of the field at 9:41, and was the only woman under 10 minutes on the swim portion. Her interview with USA Triathlon is here.

Full results of all events are available here.

The fastest male swimmer was actually William Jones – former swimmer at Harvard. He was unable to finish due to mechanical on the bike.