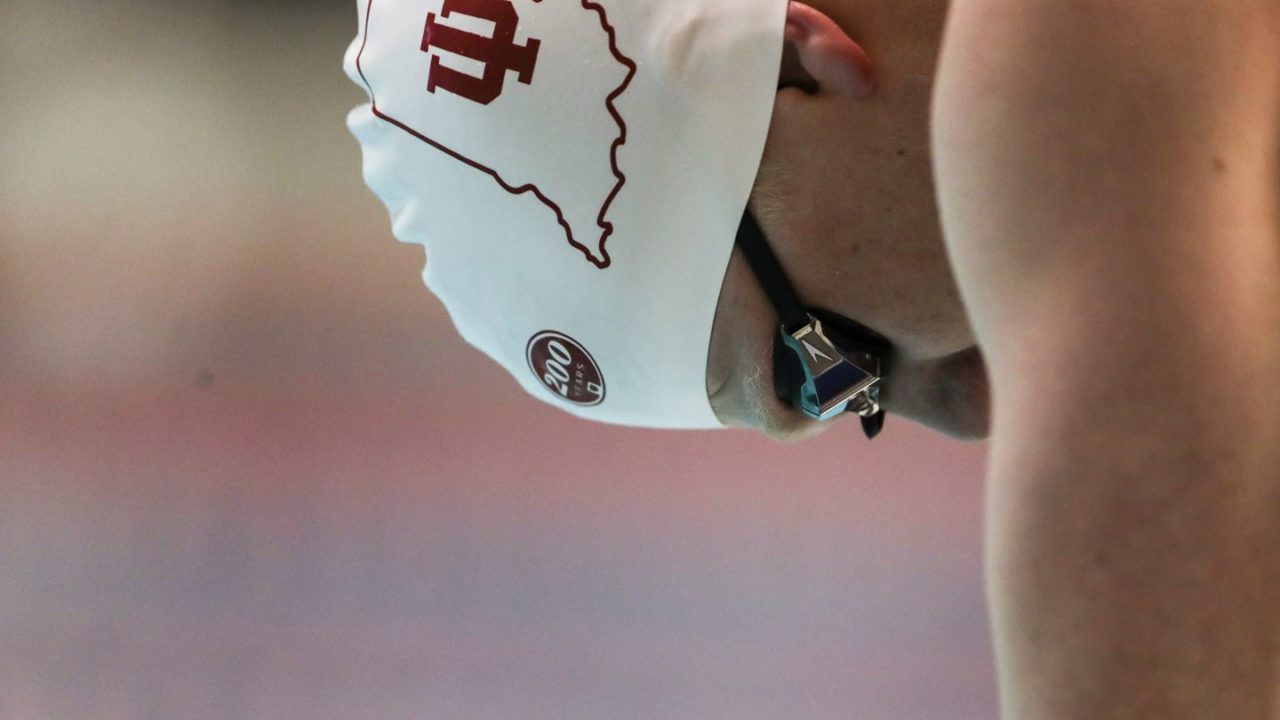 The Indiana University men's and women’s swimming and diving teams will travel south to take on the Louisville Cardinals on Jan. 31. Current photo via Indiana Athletics

BLOOMINGTON, Ind. – The Indiana University men’s and women’s swimming and diving teams will travel south to take on the Louisville Cardinals on Jan. 31. The meet is scheduled to begin at 2 p.m. ET at the Ralph Wright Natatorium.

The meet can be viewed live via ACC Network Extra here.

The one-day dual meet is scheduled to begin at 2 p.m. with 14 swimming events and two diving events.

The IU men’s and women’s swimming and diving teams dominated in-state rivals Purdue by scores of 174-120 (women’s) and 179-112 (men’s) at the Counsilman Billingsley Aquatic Center on Jan. 25 in front of Indiana University President Michael A. McRobbie and his wife, Laurie Burns McRobbie, who both attended the meet as art of the Bicentennial celebration.

The Hoosiers won 23 of the 32 contested events and saw seven individuals win multiple events. Freshman Cora Dupre led the charge with three event victories. The Indiana men have now defeated Purdue in 10-straight dual meets, dating back to the 2009-10 season. The women’s team holds a nine-meet winning streak over the in-state rival.

Indiana junior diver Mory Gould was named Big Ten Diver of the Week, while sophomore Noelle Peplowski was named Co-Swimmer of the Week on Jan. 15 for their efforts in the Michigan dual. The honors marked the first for each athlete and the first received by a Hoosier since the calendar turned to 2020.

HOOSIERS FALL IN DUAL AGAINST MICHIGAN

Indiana University senior Mohamed Samy and freshman Brendan Burns were named Big Ten Swimmer of the Week and Big Ten Freshman of the Week, respectively, the league office announced on Nov. 27, 2019. The honors of the first of the season for each swimmer and the first collected by a Hoosier this season.

The Indiana men’s swimming and diving teams defeated both Iowa (245-55) and Michigan (165-135) at the Counsilman-Billingsley Aquatic Center the first Saturday in November.