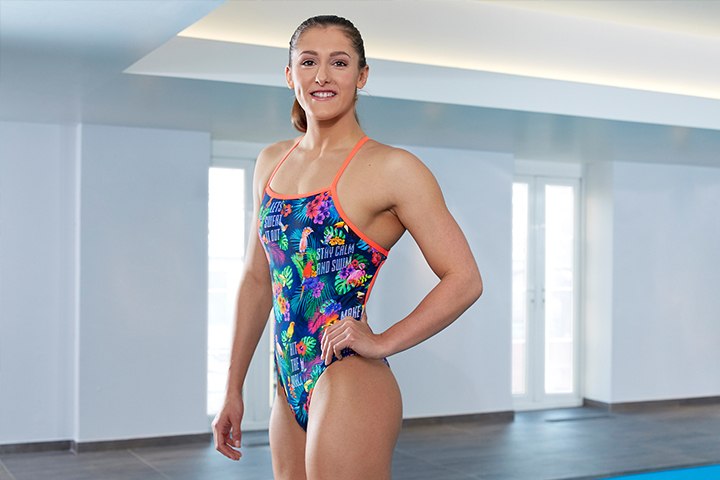 While competing on day 2 of the 2018 Swim England National Winter Championships, 19-year-old Imogen Clark lowered her own British National Record in the women's SCM 50 breaststroke. Archive photo via Funky Trunks

After establishing herself as the top seeded swimmer of the morning with a time of 29.80, Clark stepped on the gas in the final to hack another .37 off of that time to top the podium. Clark hit the wall in 29.43 to beat out domestic rival Sarah Vasey and claim a new British National Record en route to gold.

Vasey settled for silver tonight in 30.33, while Canadian teen Kayla Sanchez clocked 30.64 to come within a second of her nation’s standard.

Of note, Clark’s time in Sheffield would have won the bronze medal at the Short Course World Championships in Hangzhou.

Clark was the silver medalist at this event at the 2018 European Championships, where the Sheffield native captured runner-up status in a LCM time of 30.34.