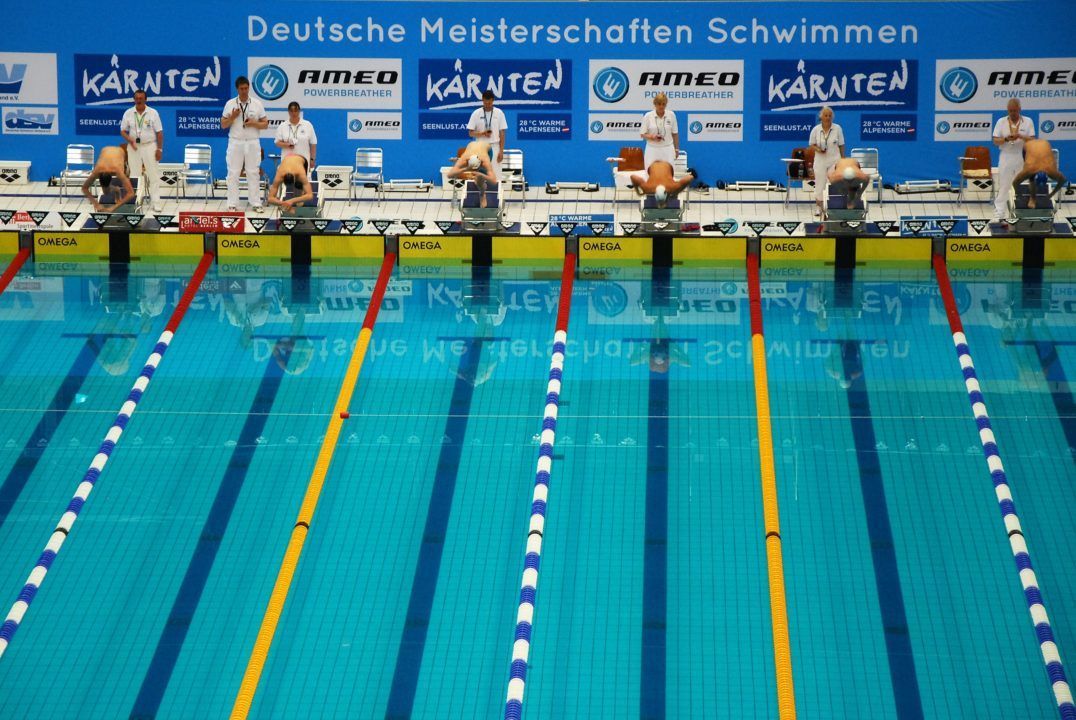 While many of the German topswimmers attend the 2018 SC World Championships in China, the German youngsters use their chance to make some waves and win national titles.

One of them is the 16-year-old Artem Selin who grabbed the gold medal in the 50m freestyle in a time of 21,53. He made a huge jump and improved his former best time of 22,26. Selin is a member of the German swim club Nübad Flipper, not one of the German top clubs and training centers. At the 2018  German LC Championships, Selin started for the Russian “SDÜSHOR Energia” club.  But he is now listed as a German age-group champion and only swimmers with the German citizenship can be registered there.

Leonie Beck won the women’s 1500 m freestyle in a new personal-best time of 15:47,43, she now sits on top of the 2018 World ranking. The women’s 1500 m free are not part of the competition program of SC World Championships but will be added to the 2020 Olympic program (LC).

Former US student-athlete Nadine Laemmler hopped on top of the podium in the 100m backstroke in a new personal-best of 57,74. That is a huge progress for her from 59,75. A 58,16 would have been fast enough to make it into the semi-finals at SC Worlds.

Another US student-athlete took the win in the women’s 200m IM: Franziska Weidner hit the wall first in a time of 2:09,37. She improved by 1,67 seconds and stayed under 2:10 for the first time.