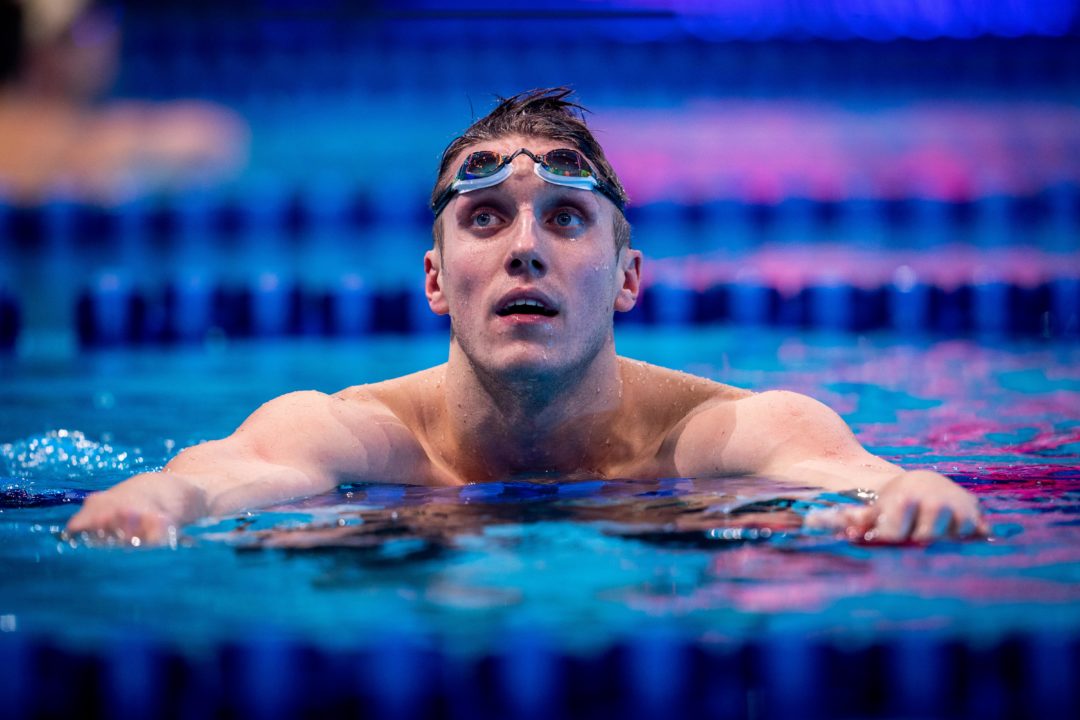 Shymanovich posted a time of 55.34 in the 100 breast at the Belarusian Short Course Championships to break Adam Peaty's world record of 55.41. Archive photo via Mine Kasapoglu

After standing for 11 years, the world record in the men’s short course meter 100 breaststroke has now been broken three times in the last 34 days.

Ilya Shymanovich blasted to a new world record on the final day of the Belarusian Short Course Championships in Brest, clocking 55.34 to erase the previous record of 55.41 set by Adam Peaty during the 2020 International Swimming League Final.

Shymanovich, 26, reset his Belarusian Record in the event on five separate occasions during the ISL season, competing for Energy Standard, which included going under van der Burgh’s record in 55.49 alongside Peaty in the finale. That time stood as his personal best time prior to the world record swim.

Along with the world record, Shymanovich also claims the European Record from Peaty, which he had held both coming into the ISL season and had broken twice during the campaign.

Shymanovich has now been under 56 seconds seven times, with the feat having been accomplished a total of 15 times in history.

In addition to the world record, Shymanovich also set a new Belarusian Record in the 50 breast, swimming the third-fastest time ever in 25.39, and also broke his national record in the 200 breast (2:02.77).

Can someone point me to any footage where he is doing anything illegal? I watched some race videos and he seems to have a pretty normal pullout. His kick is pretty narrow, but not against any rule (at least from the videos I rewatched)

I agree. I think we’re being hypocritical here. Molly Hannis’ kick is even more dolphin kick-like

How many fly kicks 😁

Reminds me of that report when Biedermann broke (tragically) Thorpe’s 400 free record by 0.01. The headline was “Biedermann smashes Thorpe’s world record”

Don’t know what you’re talking about, Ian Thorpe’s near-20 year old 400 free WR is the most impressive one on the books!

Can we have a video? And a qualitative analysis of how this was probably NOT breaststroke…

Swim swam writers use words like “shatters” and “annihilates” too frequently. 0.07 is not shattering a world record.