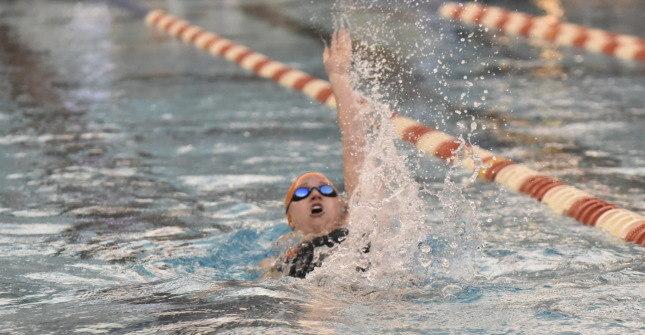 The Fighting Illini sent their seniors out in style by beating the Michigan State Spartans 190-110. The Illini won 12 of the 16 events to dominate Michigan State.

The 500 freestyle was even closer, with Schilling again outlasting a late charge, this time from teammate Nelly Casas. Schilling finished with a 5:03.46 to Casas’ 5:03.50. Schilling was out split over the last 200, but had built enough of an early lead to hold on.

The Illini also swept the 50 freestyle. Gabby Bethke led the way with a 24. 20. Sabrinne Gibson took second in 24.38, and Kirsten Zborek completed the sweep with a 24.47.

The Illini won both relays on the day. They cruised to a victory in the 400 medley relay with the team of Meng, Sam Stratford, Lynn, and Zborek touching the wall in 3:48.39. Michigan State’s team of Nowak, Shelby Lacy, Elizabeth Brown, and Emily Parsons finished second in 3:52.07.