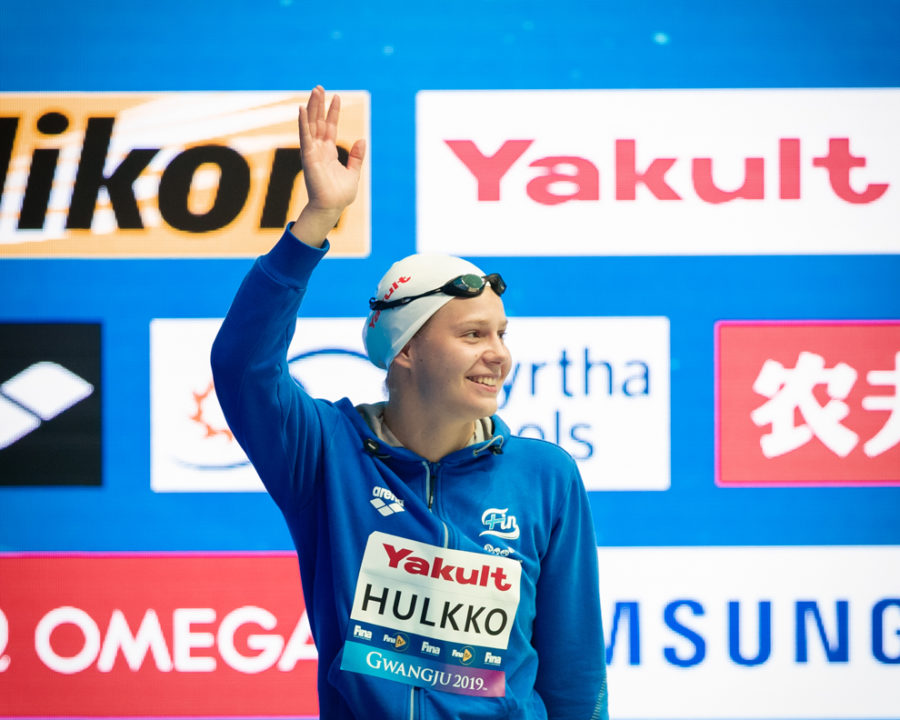 Despite the worldwide COVID-19 pandemic, swim meets are still going on in some parts of the world. Ida Hulkko broke two national records today in Finland. Archive photo via “Rafael/Domeyko Photography”

Despite the worldwide COVID-19 pandemic, swim meets are still going on in some parts of the world. In Finland, at today’s Tampere Invitational, Ida Hulkko put together a lifetime best of 1:06.90 in the 100 LCM breaststroke to set a new national record. Only Finnish national and junior national team-ers are competing at this meet, along with some Tampere local athletes.

Hulkko swam for Florida State University for the 2018-19 NCAA season, her freshman debut culminating in a fifth-place finish in the 100 breast at the 2019 NCAA Championships. She took a gap year for the 2020 Olympics, originally scheduled for this summer, but has since decided she won’t be returning to the FSU program.

In order to give her 100 breast performance some context, we can compare it with the 2019-20 season rankings (though that season has been mostly cut short since late winter/early spring with the spread of the pandemic). That swim puts her at ninth in the world rankings.

Congratulations! And I am SO happy right now.