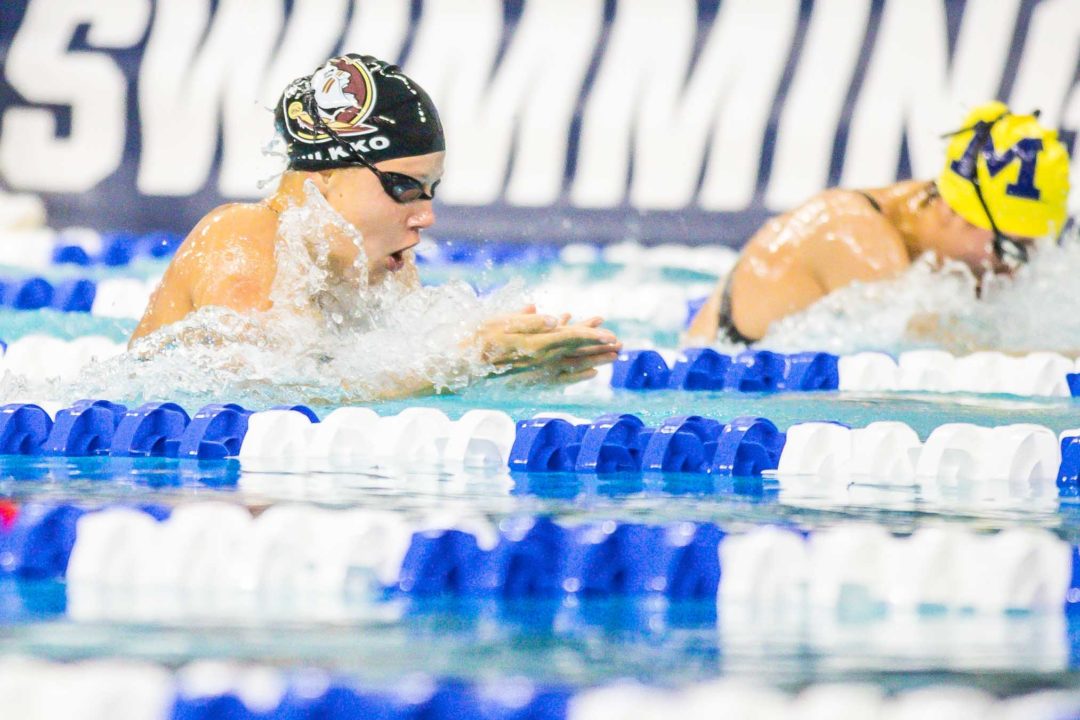 Finnish national and Florida State All-American Ida Hulkko will not be returning to the Seminole roster after taking last season as an Olympic gap year. Archive photo via Jack Spitser/Spitser Photography

Finnish national and Florida State freshman All-American Ida Hulkko will not be returning to the Seminole roster after taking last season as an Olympic gap year.

Hulkko finished 5th at NCAAs in the 100 breaststroke as a freshman in 2019. She sat out the 2019-2020 season to prepare for the Olympics, hoping to represent her home nation of Finland. But FSU says Hulkko will not be returning to the program this year.

Hulkko’s Instagram bio lists her as a “professional swimmer,” though FSU hasn’t clarified if Hulkko has officially turned pro and given up her future college eligibility.

As for Hulkko, it appears she’ll continue to chase an Olympic bid for Finland, now that the Tokyo Olympics have been postponed to 2021. Hulkko hit a lifetime-best 1:07.42 in the 100 breast last fall on the World Cup. She also broke 1:08 twice in 2020 during her original gap year.