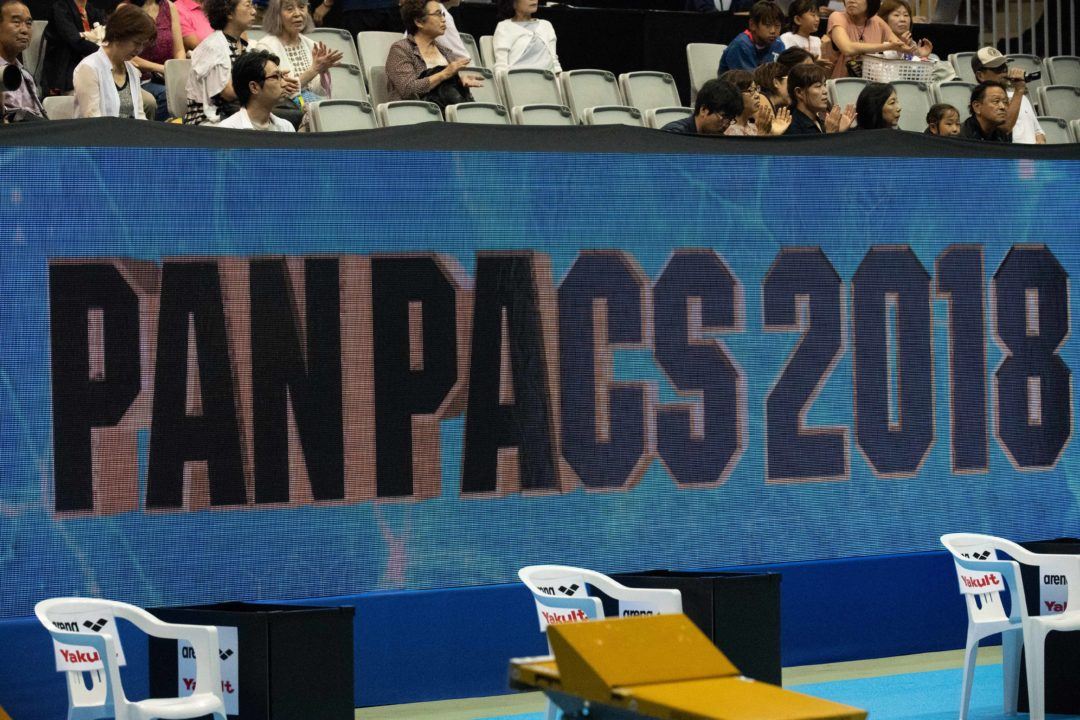 With the FINA World Championships and Commonwealth Games both scheduled in 2022, the Pan Pacific Championships have been delayed until 2026. Stock photo via Mike Lewis/Ola Vista Photography

With an influx of changes to the international swimming calendar due to the COVID-19 pandemic, the 2022 Pan Pacific Championships have been deferred to 2026.

Swimming Canada, who was set to host in two years time and will now do so in 2026 instead, made the announcement on Thursday afternoon.

“Out of respect for the recent changes to the international sporting calendar due to the global COVID-19 pandemic, the four Pan Pacific Charter Nations have agreed to defer the 2022 Pan Pacific Swimming Championships,” the organization said in its press release.

“We are looking forward to hosting this event, but in the bigger picture, everyone can benefit from the decision to defer the Pan Pacific Championships by four years,” said Swimming Canada President Cheryl Gibson.

“The Pan Pacific Championships will remain a benchmark event in the future. We now look forward to hosting a great event in 2026, welcoming our fellow Charter Nations Australia, Japan and Team USA, as well as other guests from around the world for a celebration of our sport at its best.”

While the event will remain in Canada, an official host city has not been named as of yet.

The international swimming schedule in 2022 became incredibly busy after the postponement of the Tokyo Olympic Games to 2021. The 2021 FINA World Championships were delayed until May of 2022, and the Commonwealth Games were already slated for July 27-Aug. 7, 2022, in Birmingham, England.

The press release also noted that the 2020 Junior Pan Pacs have been deferred until Aug. 24-27, 2022 in Hawaii, which was announced in early May.

* Pending outcome of Russia’s appeal of IOC sanctions over doping practices, though the head of the Russian federation Vladimir Salnikov says that this would not be impacted.

Glad they are still keeping Jr Pan Pacs. I’m not sure where our junior teams would race on non-Jr World years without this meet.

Some of our great juniors will be aged up by then and ineligible . But safety first .

Joel – and they will be replaced with other GREAT juniors, and the cycle will continue.

He may be referring to the cancellation of 2020 Jr. Pan Pacs.

Just as all 2020 European Junior Championships in aquatics.

Pan Pacs have always been a bit of a floater, to fill an International Competition hole…this makes sense.