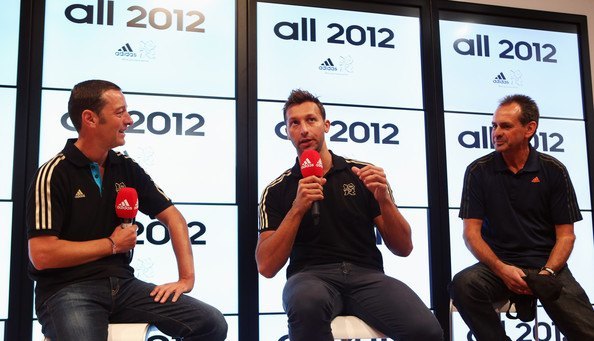 Australian swimming legend Ian Thorpe spoke out against FINA’s decision to ban transgender women from elite female competitions in a recent interview with The Guardian.

The five-time Olympic champion referred to the ruling as a “temporary solution” that failed to consider the full impact it could have on the trans community, who he called  “some of the most marginalized and disadvantaged people in this country.”

“This is a very complicated issue — I can’t deny that — and I am personally opposed to the position FINA has taken on this,” said Thorpe, whose LGBTQ+ advocacy efforts have included criticizing Australia’s new religious discrimination bill for allowing “state-sanctioned discrimination” against marginalized groups. “I am for fairness in sport, but I’m also for equality in sport. And in this instance, they’ve actually got it wrong.”

At FINA’s annual congress in June, the organization barred trans women who have gone through puberty from competing in women’s categories. FINA vowed to create an “open” category for trans women who transitioned after the age of 11, such as recent NCAA champion Lia Thomas from the University of Pennsylvania. It was the most restrictive policy to date among global sports governing bodies, although the International Rugby League followed suit soon after and others such as FIFA have subsequently initiated reviews.

Advocacy groups condemned FINA’s ruling as discriminatory, adding that enforcing the policy means violating the rights and privacy of all female swimmers. Olympic gold medalists such as Summer Sanders (USA) and Cate Campbell (AUS) have praised FINA’s decision, but Thorpe is the highest-profile swimmer to publicly come out against it. He said that concerns about fairness and physiological differences between men and women have been blown out of proportion.

Two transgender women made appearances at the Tokyo Olympics last summer. New Zealand weightlifter Laurel Hubbard finished last in her event while American BMX rider Chelsea Wolfe was an alternate who did not compete.

“So when you run the numbers, someone who’s gone through the tough process and been able to transition to the sex that they determine for themselves is highly unlikely to ever be able to win an Olympic gold medal,” Thorpe said. “When it comes to the elite level, there needs to be a sensible conversation which includes endocrinologists, psychologists, physiologists – everyone that actually may have an opinion in this space.”

“If someone is complaining about someone who is trans when they happen to be 10 years of age, it is bizarre,” he added. “I can almost promise you that child will not be competing at an adult stage.”

FINA defended its policy over the summer, arguing that while “some individuals and groups may be uncomfortable with the use of medical and scientific terminology related to sex and sex-linked traits, some use of sensitive terminology is needed to be precise about the sex characteristics that justify separate competition categories.”

This is one of those issues where there will be people pissed off no matter what the policy is. So, do you harm thousands of women to satisfy a couple who transitioned? Or do you harm the few? There is no RIGHT to compete in any sport in any association. They did CHOOSE to transition. And if they have to sacrifice swimming at the highest levels, oh well. They made a choice.

Please somebody correct me if I am wrong here.

Isn’t the basic issue that humans from the category {assigned male at birth} tend to be “much better” at most sports than humans from the category {assigned female at birth}? If so then let’s abstract the problem a bit. Say X and Y are two categories such that no human is in both. Let’s also suppose that the humans in X are better at sport s than humans in Y. Should we have separate competitive categories in sport s – one for X and one for Y?

I personally agree that trans women competing creates a lot of issues and there is currently no solution that can create a fair playing field for everyone, but the acid in all these comments is disgusting.

The scientific community hasn’t reached a consensus on exactly how fair the playing field could be made: stop pretending it has. Stop acting anyone who disagrees with you is an idiot who doesn’t believe in science. Stop talking about transgender people as if they’re animals and not people.

Honestly every time an article on this topic is posted people just use it as an excuse to rag on trans people. It’s ok to disagree without being vile.

So when you run the numbers, someone who’s gone through the tough process and been able to transition to the sex that they determine for themselves is highly unlikely to ever be able to win an Olympic gold medal

I am not quite sure the argument Thorpe is making here? Is he saying that the mental/physical toll of transitioning outweighs any potential physiological benefits from male puberty?

Becase as far as I can tell, when you run the numbers, anyone is highly unlikely to ever be able to win an Olympic gold medal (unless your name rhymes with Phichael Melps).

So sad to see that Ian Thorpe has become such a cringing, moping ideologue. Funny thing is, with their typical “a man can’t speak for a woman” line which he no doubt employs when other versions of his resentful ideology manifest themselves, he sure is conveniently betraying that principle and saying words as a man when it is precisely the women who are suffering at the hands of biological men competing in their events.

After seeing what happened at NCAA’s for women this past year, I can’t imagine Thorpe’s position as viable. If you want to destroy women sport, do what he wants. If you want to continue women sport, do what FINA has done. Someone, somewhere, sometime, has to draw a line in the sand that reflects a reasonable, medically-based finding: FINA has done that.

Nothing bad happened at NCAAs. Except for the booing and overall unsportsmanlike conduct coming from the crowd, directed at the one out and proud trans female athlete competing.

Her winning time in the 500 fr was not ground breaking. No records were obliterated. No all time top greatest performances occurred. The winning time would of actually not even won the 500 had 2-3 of the other competitors in the field produced their best times.
As for the 200 free, she got fifth. In the 100 free she got 8th.

Show where in any of those results, the fear-mongered domination occurred.

Exactly! Thanks for speaking up, Ian

Nah Ian… you actually got it wrong.