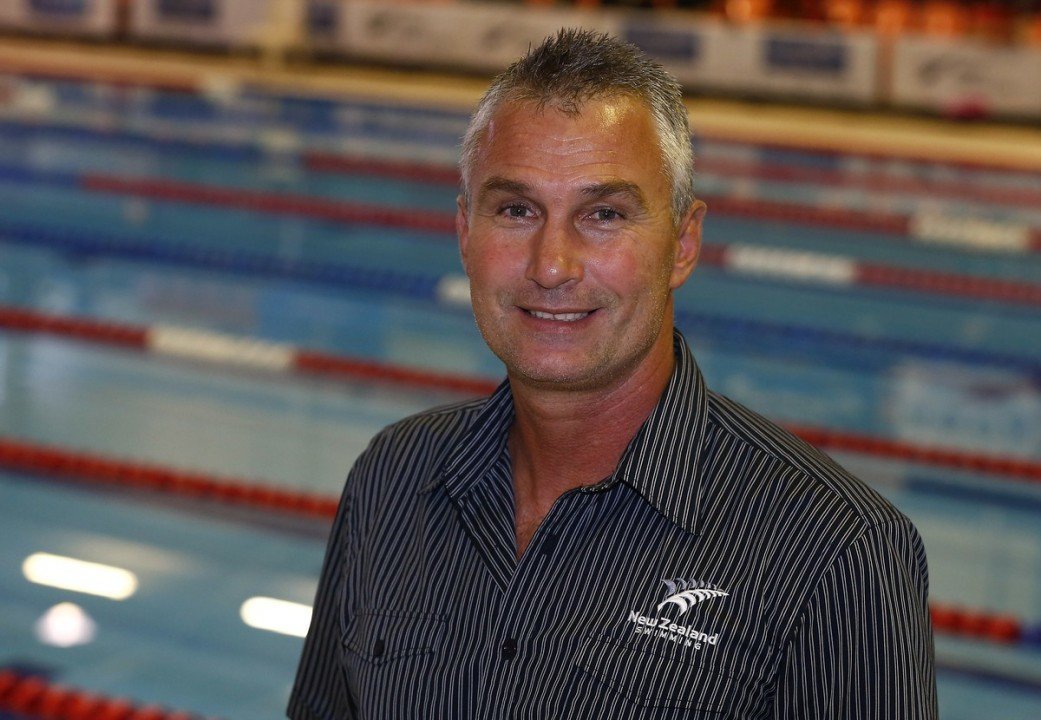 Swimming New Zealand has been going through a restructuring process as they look forward towards the 2020 Olympics in Tokyo. Today they hired Gary Hurring as their new Talent Identification and Development Coach.

A year and a half ago Donna Bouzaid was hired as the High Performance Development Coach, which at the time was a new position within the structure of Swimming New Zealand. Although this was a step forward in terms of their development program High Performance Director, Luis Villanueva felt that there still needed to be more resources for the country’s young swimmers and coaches.

“While this initiative has been successful, we need more resource to contribute to our development strategy, work closely with coaches on specific training needs and to better evaluate the progression and goals for targeted young swimmers,” said Villanueva.

This summer Bradlee Ashby was the only Kiwi to medal at the Junior Pan Pacs winning bronze in the 400 IM and 100 butterfly. While at the Youth Olympic Games Bobbi Gichard and Gabrielle Fa’amausili each collected a bronze.

Hurring’s main role will be to work with and offer support to the coaches of the most talented young swimmers in the country,

“In my own role as a coach over the years I was basically left to my own devices to develop young swimmers to the best of my abilities,” Hurring said.

“I often wished there was someone in a guiding role that I could ask for advice and provide processes and data to more accurately plot that development. I hope I can play that sort of role to other coaches and young swimmers.”

Hurring’s latest position was at the Wellington Regional Performance Centre where he was the head coach of the program. His position was eliminated in December when the performance centre had to close its doors due to limited financial resources.