Hugo Gonzalez is On Psych Sheets for Pac-12s (But…) 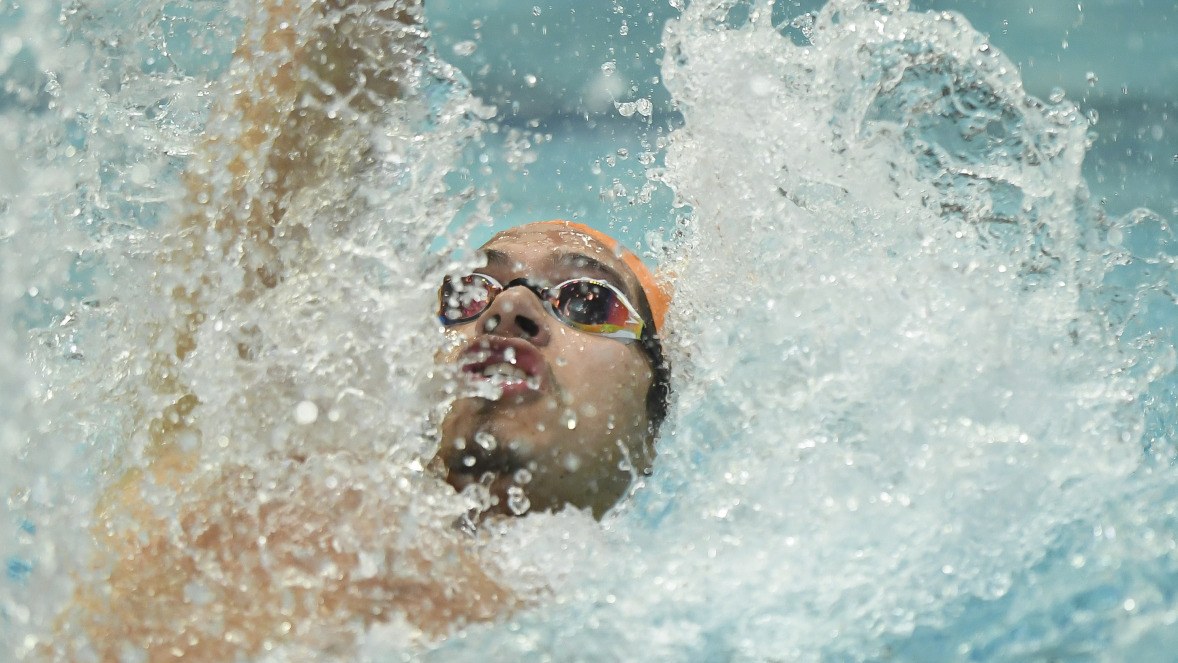 Hugo Gonzalez is on the psych sheets for Pac-12s, but that's no guarantee that he'll swim. Archive photo via Wade Rackley/Auburn Athletics

Hugo Gonzalez, who had a big freshman year at Auburn last season before a brief pitstop at Virginia Tech, some time at home training in Spain, and eventually winding up at Cal, has landed on the psych sheets for the 2019 Pac-12 Championships. However, that’s not a guarantee that he’ll swim the meet – his eligibility doesn’t yet have to be cleared for him to be entered into the meet, just to compete. Cal has entered swimmers at Pac-12s who didn’t compete in the past: most infamously when they sent Ryan Murphy, Josh Prenot, and Jacob Pebley to the Orlando Pro Swim Series meet in 2016 instead of Pac-12s. Cal still hasn’t provided any clarity on his status.

There were no real surprises among the entries, with only two swimmers ranked in the top 10 of an event in the conference this season not being on the psych sheets (some athletes are over-entered, and will cut entries later).

Also worth mentioning: Arizona sophomore Brooks Fail is entered in the meet. Last year, he didn’t swim at Pac-12s for Arizona (his teammates say it was because he was sick), and he wound up swimming an NCAA qualifying time in a time trial at the meet anyway. This year, he’s a multi-second favorite in two events: the 500 free and 1650 free.

Those are my psychic predictions….. The first 2 are for real the 3rd is a shot at State fans, I can admit that and 5th really isn’t bad. I would be happy with that.

Spoiler: Indiana somehow runs away with it 😛

5
0
Reply
JP input is too short
Reply to  Reid

Who do they have this year that’ll be going to NCAAs that isn’t American?

0
0
Reply
Reid
Reply to  JP input is too short

None this year since Fungairino didn’t beat his high school 200 free time, but that’s incidental. They have a couple on the roster, plus they just had four years of Joe Schooling and they have Corbeau coming in next year. I have no problem with it (in fact I think it’s overall a good thing), just pointing out that after years of their fans proclaiming them the all American NCAA team and complaining about Auburn they now have foreign swimmers just like everyone else.

To be fair, Schooling was raised in the USA and did his HS time at Bolles…. so he was not exactly an “import”…..

Corbeau appears to live in Oregon and Fungairino swam high school in Florida, too. I know they both represent other countries internationally, but I don’t know their actual citizenship status.

Corbeau born in California and raised in Oregon, competes for Tualatin Hills Swim Club in Beaverton, and represents NED internationally. He is a dual citizen of the USA and NED.

Anyone know what ever happened to Devon Nowicki? He’s no longer on the Oakland roster…

Probably flunked out if I had to guess. He had a hard time every year to be eligible second semester.

I always wonder how the foreign swimmers pay to go to our fine universities. For an out of state student, the UC schools cost $60,000+ a year to attend and have only 9.9 full rides a year. Anyone have any good answers?

There are a variety of methods which fund foreign swimmers and divers to attend American Universities:
1. The athlete or his/her family pays the bill (RARE)
2. The athlete receives a sizable to full athletic scholarship (Frequent)
3. The athlete is funded by the host country or through funds circuitous for the NCAA to track (Occasional)
4. The athlete gets classified as in-state immediately or after a year of residence and is funded by one of the above methods.
5. While in mens’ swimming the myth exists that fully funded programs have 9.9 full scholarships. Many institutions have academic scholarships, waivers and creative mechanisms in place to up the total from 9.9 to almost double… Read more »

I think your reason #1 is less rare than you think. In my education experience I have found that many, if not most foreign athletes coming over to the States are VERY well off and come from families that can easily pay full tuition. This is most especially true for those who come from US/English/Swiss boarding schools into the NCAA. I’m not saying 90% does this… but I would say it is more than 30% so not that rare. Reason #2 I would expect to be more true when you look at schools at like Grand Canyon, or Delta State, Missouri St. etc… aka not the typical powers in swimming. Finally, I would also expect that a few come with… Read more »

How much (in general terms) is one unit of scholarship (1.0) worth when talking the 9.9?

Not sure I understand your question. Men’s swimming is maxed out at 9.9 full scholarship (let’s just call it 10). You can slice and dice that however you want. One full scholarship is 10% of your your scholarship funds. Or you can give 20 half-rides. Etc.

In Cals circumstance, just get the athletes that had sponsorships.

Next episode on “As the Pool Turns”

Actually, I wonder when Cal found out. I would guess that Durden has been playing his cards very close to the vest on this one until the very last moment….

Nooooo, and the sky isn’t blue, and bears do NOT go poo poo in the woods…..

Oh my goodness this is going to be an incredible meet

Guess we’ll find out on Wednesday/Thursday? Finally the endless wondering comes to an end.

it seems like he should have to swim in a meet or 2 to be eligible to swim in the conference meet.

With that logic what happens if a swimmer begins the season with an injury but busts their ass and gets back to form by their conference meet would they not be allowed to participate either? If he can swim let him swim. Not a fan of all the transfers but I feel foreign athletes are sometimes at a disadvantage when it comes to their college selection process. Stateside kids have a hard enough time sticking to schools they have years to scope out.

That’s why there are last chance meets

Some people want to graduate on time

Aren’t there qualifying times in order to be able to be entered.

Not for conference, just NCAA.

I think some conferences have cuts.

The “cuts” are making the conference scoring team for your individual school… that’s it. But then you can just do time trials or last chance meets.

My sophomore year, there was a guy for Wayne State named Duarte Morauo, who showed up for their conference meet and then DII Nationals, won a couple events and was their last relay piece they needed to get 2nd team-wise, and then didn’t compete again for the team. Just a little bitter because my team would have gotten second if WSU didn’t have him!

3
0
Reply
DrSwimPhil
Reply to  JP input is too short

That was the dude who did an open turn on the last turn of the free leg of the 200IM because he was out waayyyyyyyy too fast the first 100!

1
0
Reply
JP input is too short
Reply to  DrSwimPhil

Yes! Exactly! And got run down by three guys on that last 25. Which I like to think was karma because I got stuck next to him in prelims of the 200 IM and tried to go out not too far behind him 😛