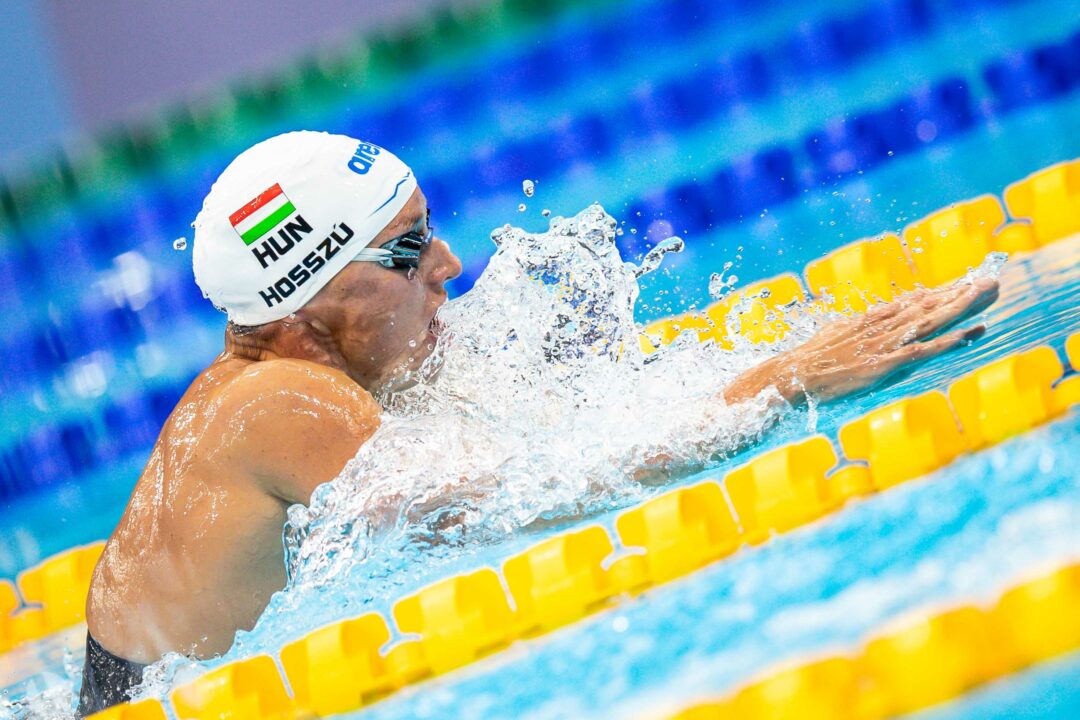 The individual events of the 4th Copa Heller Cup quietly kicked off in Mexico yesterday, with the likes of Katinka Hosszu of Hungary racing. Archive photo via https://swimswam.com/kalisz-litherland-kamminga-headline-4th-copa-heller-in-mexico/

The individual events of the 4th Copa Heller Cup quietly kicked off in Mexico yesterday, with the likes of Katinka Hosszu of Hungary, Michael Andrew of the United States and Arno Kamminga of the Netherlands taking to the pool.

We reported how Hosszu recently said she has no plans for retirement, although she reportedly has given up backstroke racing. She had taken a post-Tokyo break, is now engaged to be married and is most likely competing at the FFN Golden Tour stop in Marseilles next week.

As for 22-year-old Andrew, the Olympian posted a mark of 55.65 to come away with the 100m back gold, while he also placed runner-up in the 100m breast. Hitting 1:01.19 in that latter event, Andrew got to the wall behind 26-year-old Kamminga. Kamminga notched 59.93, but the man has already been as quick as 58.52 last weekend in Eindhoven, leading the world rankings at the moment.

I think the big reason for the time is the elevation of the location being over 5,000 feet.

Katinka is so tough. I mean who else wants to swim a 400 IM LCM at nearly 33 years old when on the downside of their career? Phelps, Lochte, Cseh all gave it up way before then, and f’in Chase, Olympic Champion last year and only 27, skips it to swim the 100 breast. You can say her time sucked, but I’d like to see you stand up and do it (Yozhik).

You still don’t get it. She does it for money. Phelps, Lochte, Czeh didn’t swim 400IM because of the strong competition. It doesn’t mean they were that bad in this event as Hosszu is now. Hosszu on the other hand raced against the field that wasn’t even close to 5min. Do you know how FINA qualifies this range of results? “NA”, my friend, “NA”. I won’t be surprised to see her competing at kindergarten events should she got paid for that a few bucks.