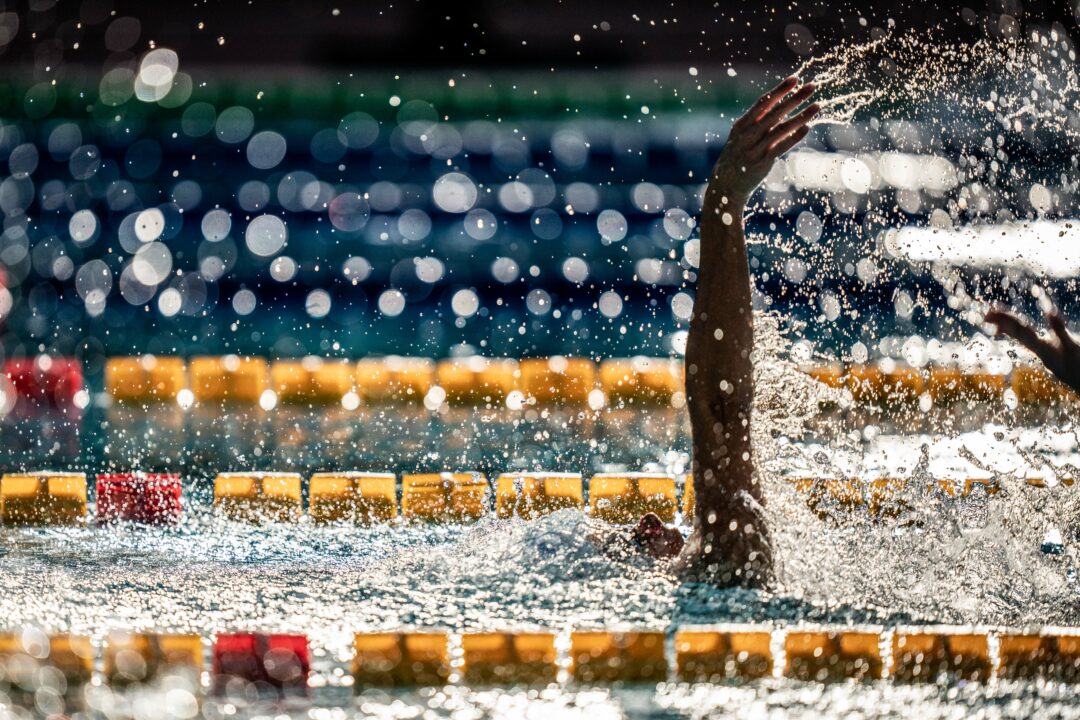 The 2022 McCullagh International meet continued with day two in Bangor, highlighted by another big backstroke performance from Medi Harris. Archive photo via Mine Kasapoglu

The 2022 McCullagh International meet continued with day two in Bangor, highlighted by another big backstroke performance from Medi Harris.

The Swansea swimmer threw down the fastest 100m backstroke time of her carer hitting a mark of 59.24 en route to gold. She represented the only swimmer to delve into sub-minute territory, as British national record holder Kathleen Dawson was next in line with 1:01.47.

As for Harris, it was just last week at the British Universities and Colleges (BUCS) Championships where she logged her first-ever 100m backstroke time under the minute threshold. There in Sheffield, the 19-year-old snagged a mark of 59.30, breaking a storied Georgia Davies’ Welsh record in the process.