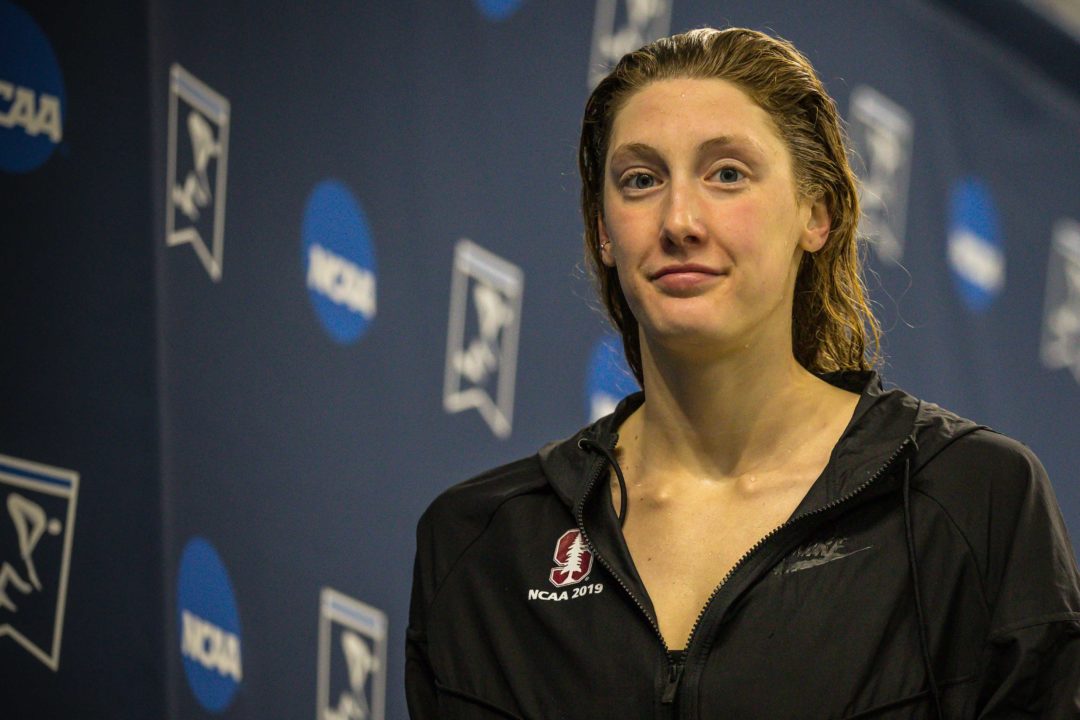 Among the group is Taylor Ruck, on a redshirt season from Stanford, who is back home in Scottsdale, Arizona training in a 20 yard pool. Archive photo via Jack Spitser/Spitser Photography

Canada’s top training group based out of the Ontario High Performance group in Toronto has been sent home to ‘regroup’ after the Canadian Olympic Trials were cancelled amid the ongoing global coronavirus epidemic.

The group was told that they had to return to Canada last week while on a training trip in Florida. Upon landing, they received an email telling them that the Olympic Trials were cancelled and their coach Ben Titley sent them back home to reset and regroup with their families.

For star swimmer Taylor Ruck, who was a member of both bronze medal winning relays at the 2016 Olympic Games, that means back home in Scottsdale, Arizona. While Ruck was born in Canada, in British Columbia, her family moved to the United States before her first birthday, though she is not an American citizen. Ruck spent the 2018-2019 season competing for Stanford, but this season is on an Olympic redshirt year to prepare for the Olympic Games that are supposed to happen this summer.

According to AZ Central, Ruck was training in a community pool 20 minutes from her home, and has since moved to a 20 yard pool owned by a woman who first taught her how to swim.

“This is a crazy time. Everything is changing so fast that I’m focusing on what I can do to keep in shape and not be super stressed. A lot of people don’t have to a pool or a gym and that’s defiintely taking a toll. So I’m just trying to enjoy what I have and live in the moment and enjoy the little things.”

While most of the squad are Ontario natives and are remaining close by, key relay leg Rebecca Smith has returned home to Canmore, Alberta, near Calgary. She was a member of all 3 bronze medal winning women’s relays at last summer’s World Championships.

Thanks for the report SwimSwam, I’d been wondering where the HPO athletes ended up.