Hentke and Kunert won next titles at German SC Nationals 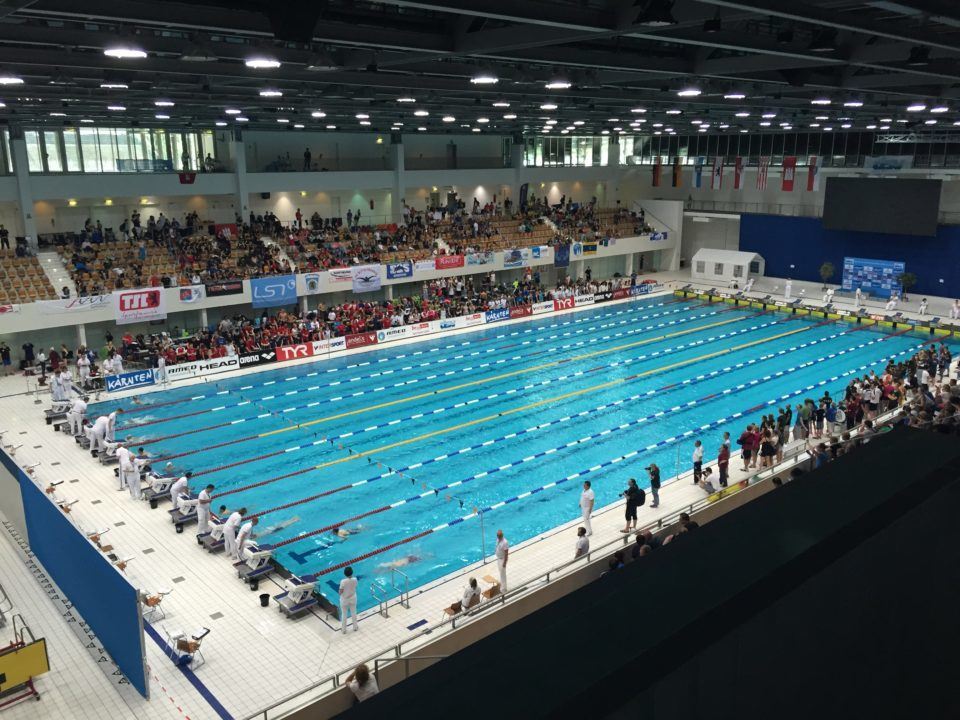 The second day of the German SC Championships kicked off today in Berlin. While many of the topswimmers are competing at the SC World Championships, many youngsters took their chance to win a German national title.

With Franziska Hentke, one of the experienced German swimmers grabbed the gold medal in the 400m IM, she touched the wall in a time of 4:33,93 (PB 4:31,66). Hentke was qualified for the SC Worlds but she decided against a participation. She also won the 200m butterfly yesterday in 2:04,14.

Johannes Hintze is the reigning Junior World Champion (LC) in the 200m IM, he won the title back in 2017. The 19-year-old finshed second tonight in the 400 IM in a new German age-group record of 4:08,73. Hintze improved the 10-year-old age-group record held by Yannick Lebherz. The gold medal went to David Thomasberger (4:07.12).

Isabel Gose finished fifth at the 2018 European LC Championships in the 200m freestyle. Tonight, she set a new personal best time en route to win the short course event in 1:55,37. Gose finished ahead of Julia Mrozinski who established a new age-group best time in 1:55,43. 16-year-old Isabel Gose would have had to break the German record to establish a new record for her age-group. Silke Lippok set the German national record and the age-group best time for the 16-year-old girls in 2010 with a time of 1:53,96.

On the men’s side, Alexander Kunert took his second title with the win in the 200m freestyle. The 22-year-old touched the wall in a new personal best time of 1:43,93, followed by Poul Zellmann in 1:44,29. Alexander Kunert will move to to the USA in about 2 weeks and will study and train at the Queens University in Charlotte, NC.