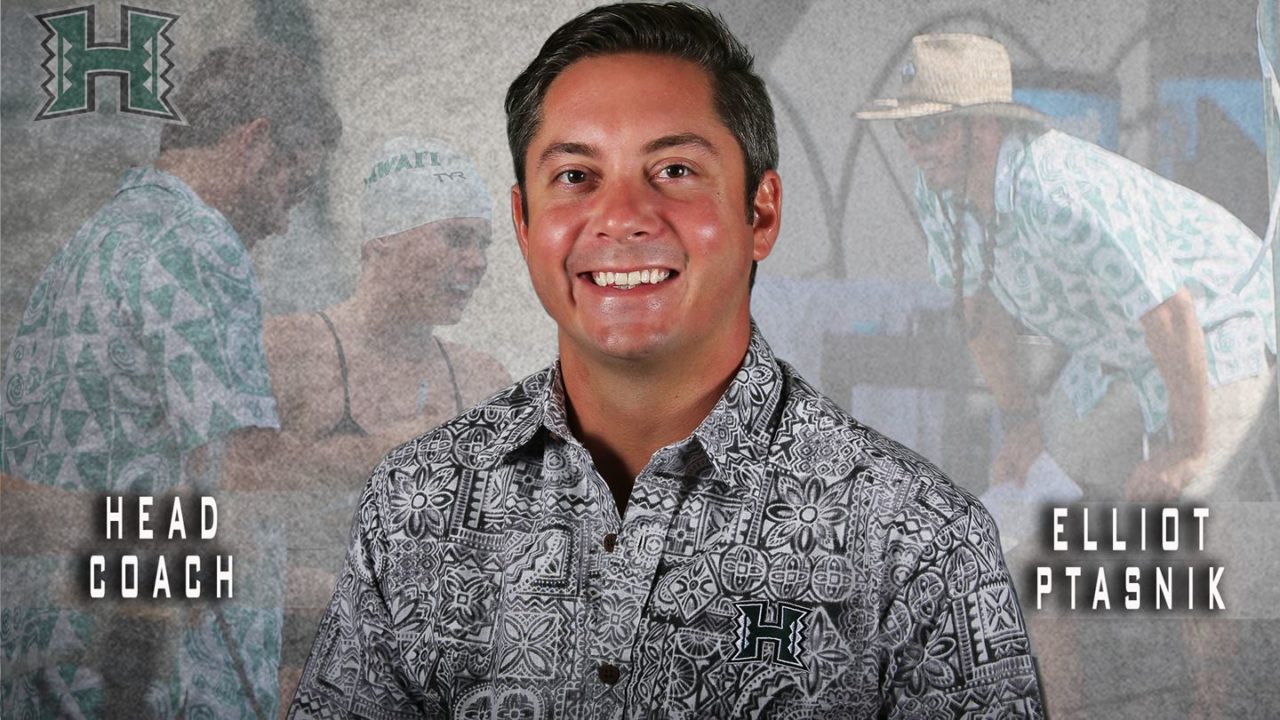 With former University of Hawaii head coach Dan Schemmel making the leap to coach the Stanford men, Hawaii has filled his role with former assistant Elliot Ptasnik, who will now become the head coach for both men and women.

Ptasnik has been with the Hawaii program for the past three seasons, working as an assistant coach and recruiting coordinator. The Hawaii women have won MPSF team titles in all three of his seasons on the women’s side, and won the men’s title in 2019. Ptasnik has also had a role in coaching Phoebe Hines, the team’s current standout swimmer in the distance freestyles.

Ptasnik has head coaching experience at the club level: he headed up the Manhattan Makos club in New York, starting with the club’s establishement in 2009. He’s an alumnus of the University of Iowa, where he was a four-year letterwinner in swimming.

Congrats Elliot!!!! So very happy for you 😉

I’d coach at Hawai’i just for the shirts! Congrats!

Congrats on the promotion Elliot! You have yourself a great some great diving coaches in Mike and Anita. All the best to you and your team!

It seems odd for an athletic department to promote. But I like it! What is the general history of college level coaching? Were promotions like this more common? Did coaches stay put more? The last couple of years seem wild to me, but I just started paying attention.