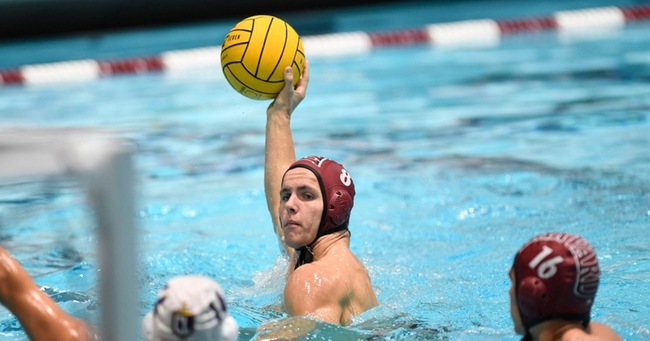 The #9 Harvard men defeated MIT 14-5 to finish the regular season with a 27-0 (10-0 NWPC) record. With the win, the Crimson tie a school record with 27 wins. Current photo via Gil Talbot, Harvard Athletics

CAMBRIDGE, Mass. – The No. 9 Harvard men’s water polo team defeated MIT 14-5 to finish the regular season with a 27-0 (10-0 NWPC) record. The 27th victory of the season for Harvard ties the program record for most wins in a season.

First-years Kaleb Archer and Gabe Putnam powered the Crimson offense in today’s match, each tallying a hat trick. Leading the team in assists was sophomore Michael Sonsini who recorded four helpers. Sophomore Noah Hodge and first-year Nathan Wu backstopped the Harvard defense with Hodge totaling eight saves before Wu entered the game in the fourth quarter and made three of his own.

Sophomore Alex Tsotadze got the Crimson on the board first, converting on a 5-meter penalty shot. MIT would score a minute later to tie the game up at one, however, four-straight goals by Harvard at the end of the first quarter and into the second would give the team the 5-1 lead. The Crimson would go on a four-goal run in the third to extend its lead by eight and secure the eventual 14-5 victory.

Up Next
The Crimson will face the winner of the MIT vs. St. Francis (N.Y.) matchup in the NWPC Championships. The match is scheduled to take place on Saturday, Nov. 23 at 3 p.m., at MIT.