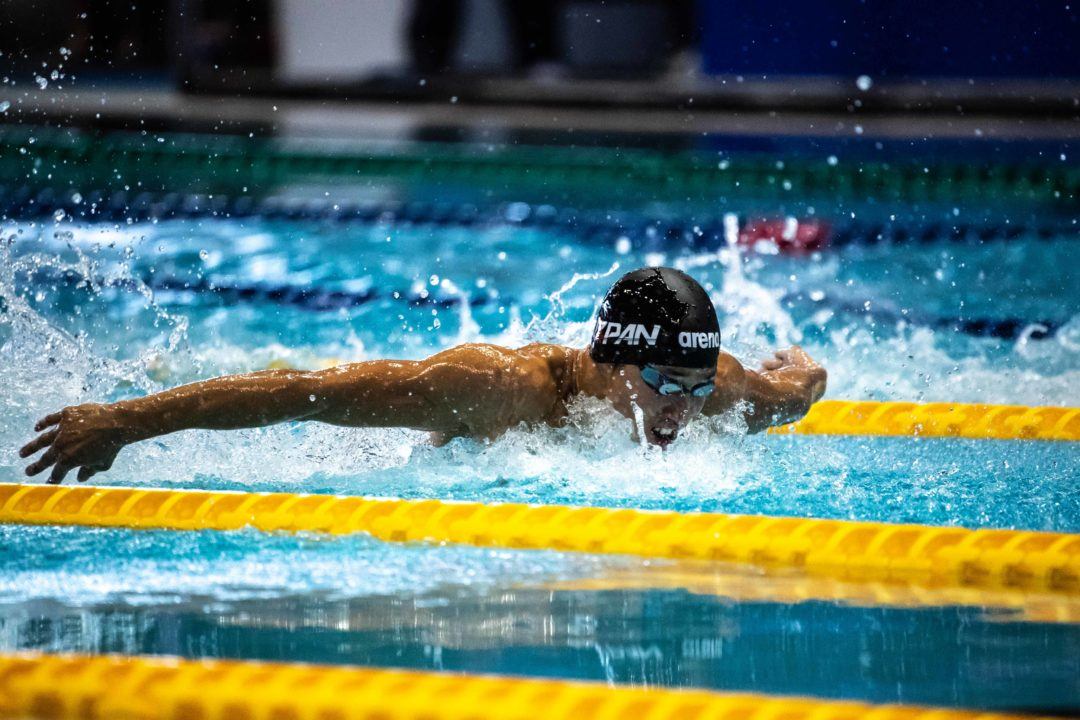 Olympic champion Kosuke Hagino hasn't quite produced the results for which he was hoping so far this year. He's decided to withdraw from the Japanese National Team's training camp in Spain to regroup and refocus. Archive photo via Mike Lewis/Ola Vista Photography

While Japanese superstars Daiya Seto and Yui Ohashi were putting on a show in the 400m IM event at the Konami Open earlier this month, fellow Olympian Kosuke Hagino bowed out of most of the meet. After registering a time of 4:23.66 for 7th seed in prelims of the 400m IM, Hagino opted out of the final and wound up scratching the remainder of the Chiba Prefecture-hosted meet.

After his underwhelming performance, Hagino went to the hospital where blood tests were conducted, finding no abnormalities.

Now the 24-year-old Bridgestone swimmer is staying home from the national team’s training camp scheduled for Spain. According to Asian media source 47 News, Head Coach Norimasa Hirai concluded with Hagino that his training camp withdrawal would help the star have time to rest, relax and reboot with the all-important Japan Swimming Championships on the horizon. The competition, which takes place in Tokyo in April, is the main determinant of the nation’s roster for this year’s World Championships.

Hirai acknowledges that “it is hard for medalists to keep motivated for 4 years after winning a gold medal.” He compares to various times when Japanese breaststroking legend Kosuke Kitajima also had bouts of disappointing performances.

“I felt relieved when Hagino decided not to go the training camp,” said Hirai. “I told him, ‘I want you to think about how you can prepare for Tokyo, why you are swimming, and how you want to look back on yourself.” (Asahi.com)