Griffin, Katz Take the 3-Way Swim Off to Qualify for 100 Back Semis 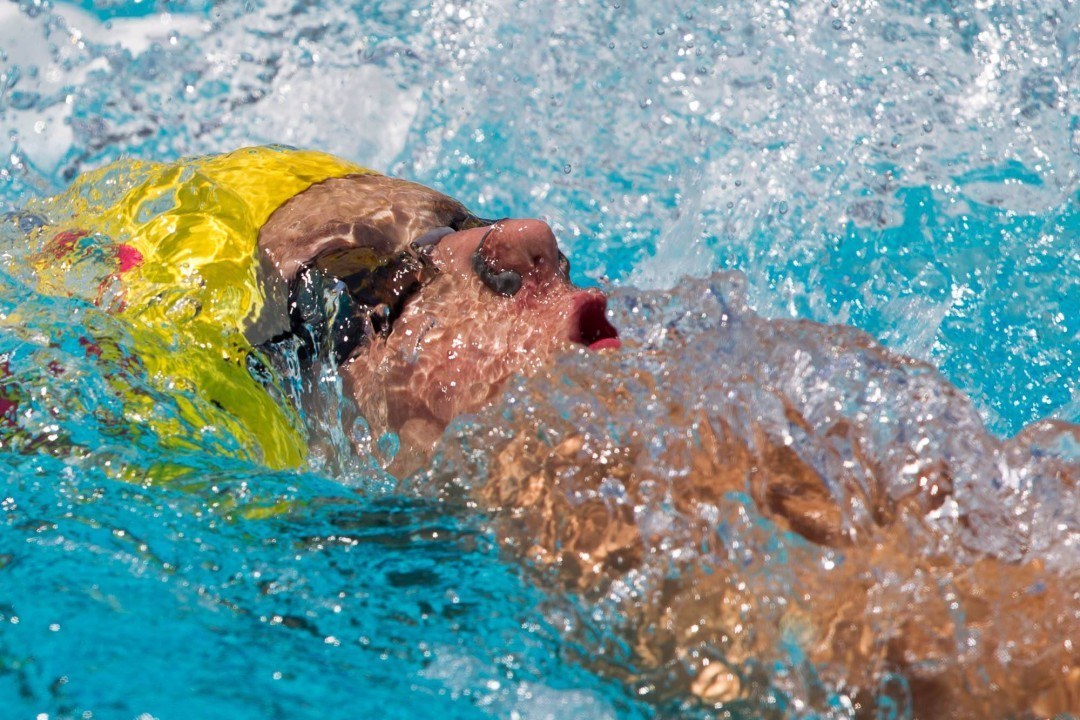 Carter Griffin (pictured above) and Austin Katz won a 3-way swim off for a semifinal position in the 100 back tonight. Current photo via Tim Binning/TheSwimPictures.com

Carter Griffin and Austin Katz secured the last two spots in the men’s 100 back semis after a three-way tie for 15th this morning necessitated a swim off at the 2016 U.S. Olympic Team Trials.

In the swim off, Katz took an early lead with 27.10 at the wall, but Griffin snuck in ahead of him to finish the race exactly matching his 55.41 from this morning to win the race. Katz came in second in the swim off, also securing a semifinal spot, with 55.44.

Craig will not be advancing to finals. He finished third in the swim off with 55.75.

There was also a swim-off for the 18th-place second alternate spot. After tying for 18th in the heats with 55.63, Alabama’s Luke Kaliszak outswam Indiana’s Bob Glover 54.58 to 54.96 to take that alternate slot.