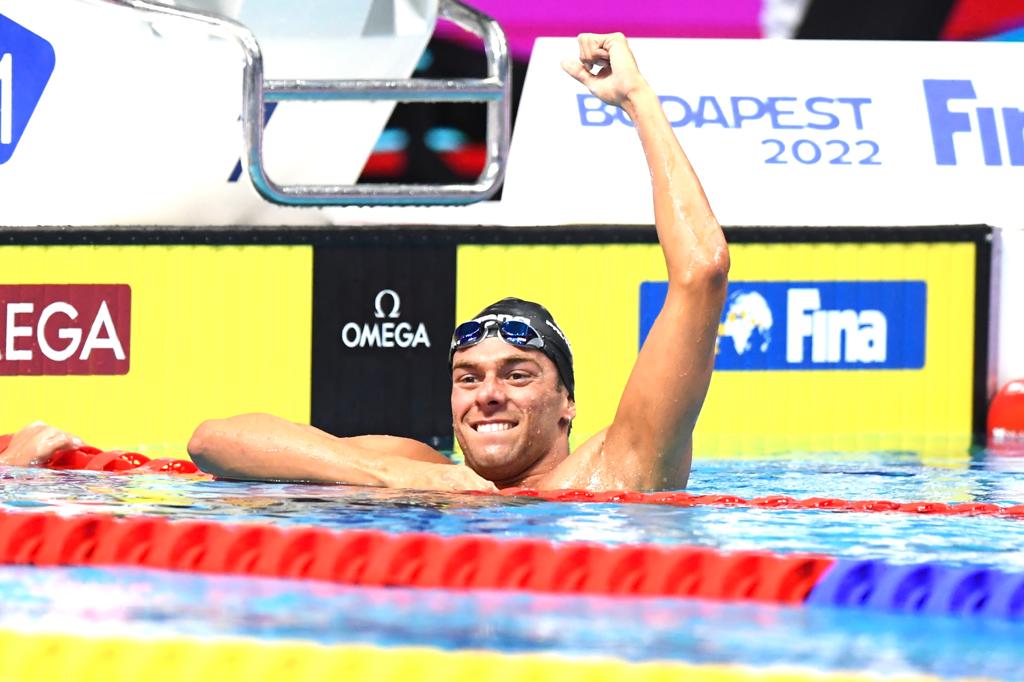 Paltrinieri broke both the European record and the championship record with his time of 14:32.80 to win the men's 1500 free. Current photo via Fabio Cetti

On the final day of the 2022 World Championships, Italy’s Gregorio Paltrinieri swam the second-fastest men’s 1500 free of all time. His mark of 14:32.80 is faster than any other man in history besides Sun Yang, whose world record of 14:31.02 from the 2012 Olympic Games still stands.

Paltrinieri took his race out very hard, being ahead of the world record line up until it eluded him in the last 50 meters of the race. This is because Sun closed his world record race in 25.68, which accounts for the majority of the time difference between him and Paltrinieri. Paltrinieri had the lead over the rest of the field, but instead of fading in the back half of the race like many of his other swims, he held on for the win this time around.

At the Tokyo Olympic Games last year, Paltrinieri finished in fourth, missing the podium. He was nearly 13 seconds faster today than his 14:45.01 time from the Olympics. At this year’s world championships, he previously raced in the 800 free, where he also missed the podium and finished fourth.

at the 4:33 in this video Paltrinieri is sitting on the lane line while the race is still going on! Does that make anyone else nervous!?

Shoutout to the greatest (undoped) distance swimmer of all time.

I am soooo happy for him, after last year´s illness is amazing how he has been able to bounce back and get a PB. He is 28 years old and getting pbs, amazing work ethic + he seems like a really nice guy

Anyone know where to find full race

Paltrinieri is a freak. So good to have 4 quality (and soon maybe 5 with Martens) swimmers, in Paltrinieri, Finke, Wellbrook & Romanchuck pushing each other to greatness.

It is also possible that Finke forced Paltrinieri to change his running tactics. In any case, the show is always guaranteed on these long distance races and it’s great for the fans!
Nice revenge for the Italian after the Olympic Games which must have left him with a lot of regrets.

Paltrinieri has never had a strong finish tbh, he has always raced like that. The difference is that in the last few years he found guys (Wellbrock to name one) who would often match his pace and then switch gears in the last 100. His race plan has always been pure pace, it just doesn’t work perfectly when he’s not in great shape, because 14:36 doesn’t cut it anymore.

the record by sun wang was cancelled due to his use of drugs, correct?

I wonder if we are now going to start seeing a “Finke Effect” where top male distance swimmers are going to be forced take their races out extremely aggressively and just risk dying at the end in order to build up enough of a lead to hold off Finke’s late charge (that or everyone else will just be content to compete for bronze).

Seems likely. Interestingly, that may get the world records moving again in these events

To be fair, Paltrinieri has always raced like that. That’s how he likes it. He said that when he doesn’t do that it’s not due to a change of plans. That said, I was surprised Wellbrock didn’t make a move earlier and Paltrinieri definitely showed that if you want to win against him that’s the way to go.