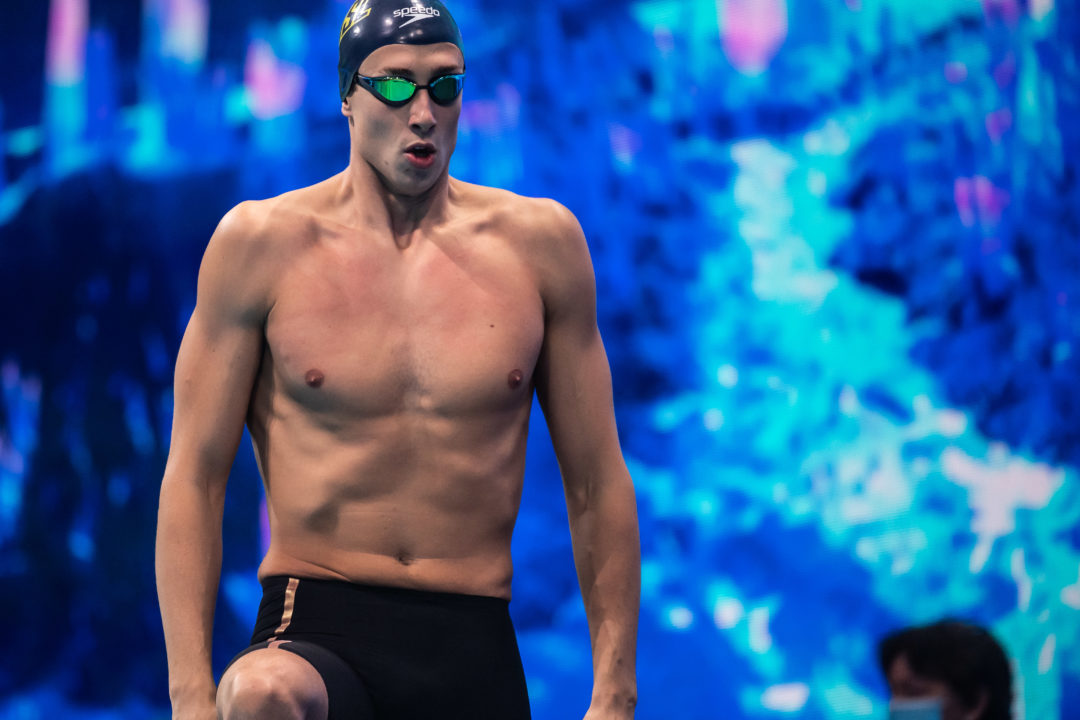 There was a record breaking spree in the final of the men’s 400 free relay on the opening night of the European Championships, as five of the eight teams in action downed their existing national marks.

The Russians won in 3:10.64 – a new Championship Record – while the British men snagged silver in 3:11.56, breaking a 12-year-old super-suited National Record. You can read more on Great Britain’s mark here.

The entire bottom half of the field also took down National Records, led by Greece who placed fifth in 3:13.39. Their previous record was 3:14.42, set at the 2016 Euros in London.

Apostolos Christou led them off in a National Record of 48.39, Kristian Gkolomeev dropped a 47.77 second leg and Andreas Vazaios closed things off in 48.14. Odyssefs Meladinis swam the third leg in 49.09.

In sixth was the Swiss, who also had a lead-off NR from Roman Mityukov (48.20) before breaking the relay mark in 3:13.41 – well under the previous standard of 3:14.72. You can read more on Switzerland’s record here.

Serbia had a sparkling 47.15 third split from Andrej Barna, the second-fastest in the field, while the Dutch had a sub-48 from Stan Pijnenburg (47.79).

For a closer look at all of the day’s relay splits, click here.