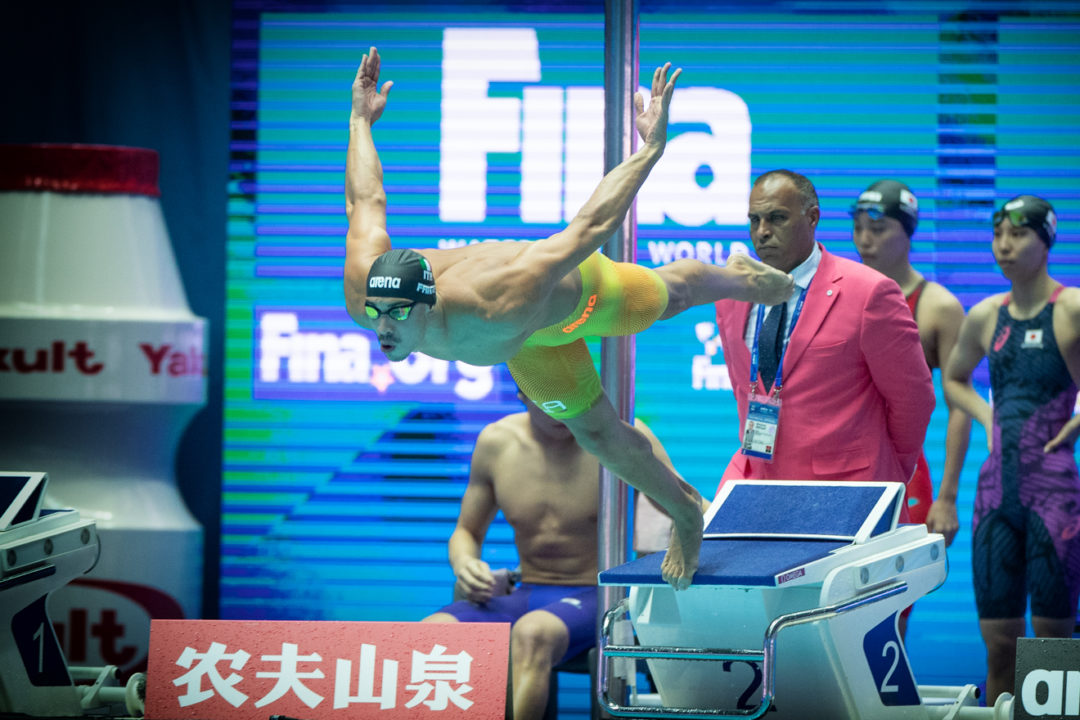 Alessandro Miressi cracked his own national record leading of the Italian men’s 4×100 free relay at today’s finals session of the European Championships. Miressi posted a 47.74 to get the Italian squad out to the lead at the 100 mark, swimming the only 47 in the field of lead-offs.

The swim came in under Miressi’s previous best of 47.92, which stood as the Italian Record since August of 2018. The Italian relay went on to take 3rd in a tight finish with Great Britain, touching in a final time of 3:11.87, just off the National Record of 3:11.39, which was established at the 2019 World Championships. Miressi will have another crack at lowering the record tomorrow, when the men’s 100 free is competed.

Similarly, Switzerland’s Roman Mityukov broke the Swiss Record in the men’s 100 free with his lead-off split today. Mityukov got the Swiss squad off to a 48.20 on the first leg, putting them in 3rd at the 100, behind only Italy and Russia. Like Miressi, Mityukov already held the Swiss record in the event, which had stood at his previous best of 48.21. He will also have another crack at lowering the record even further tomorrow.