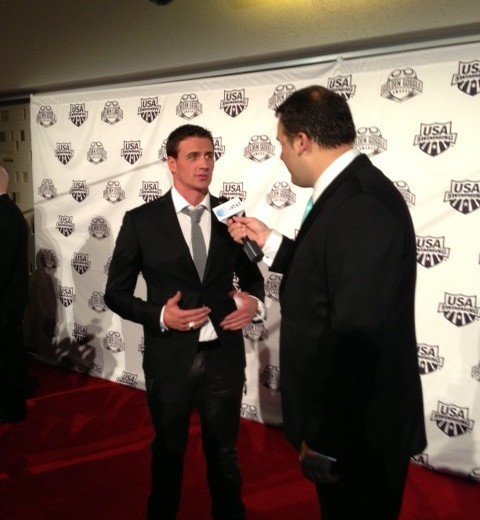 After two years of decorative lapel-adornments, Ryan Lochte has opted for a much cleaner look at this year's event. 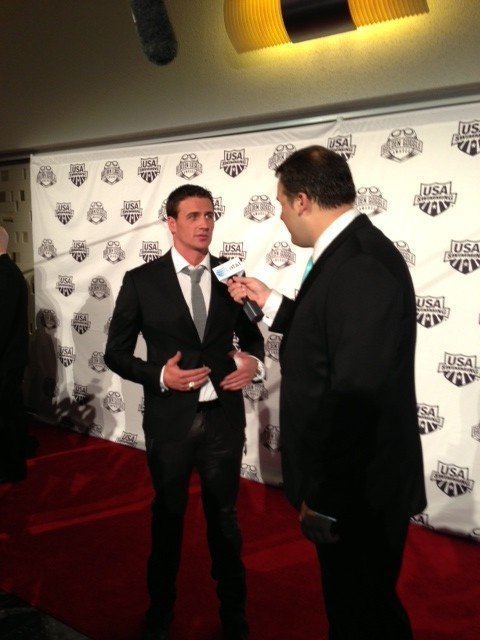 After two years of decorative lapel-adornments, Ryan Lochte has opted for a much cleaner look at this year’s event. 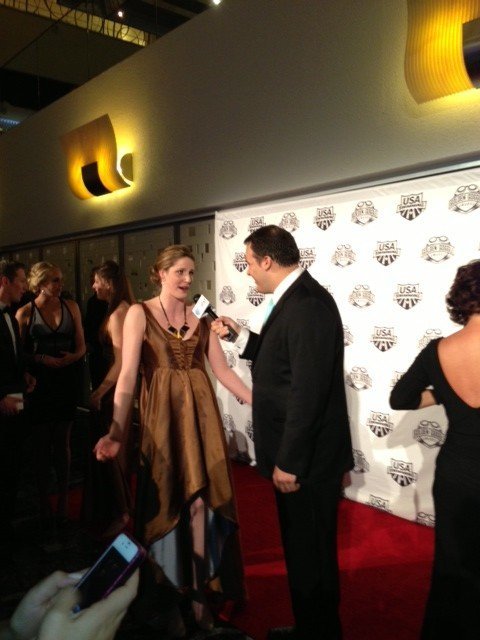 Missy Franklin, a nominee in three different categories tonight, is wearing a chic dress designed and crafted by her cousin. Missy had quite the fashionista experience in the run up to London as she had a spread in Vogue, among many other magazines. 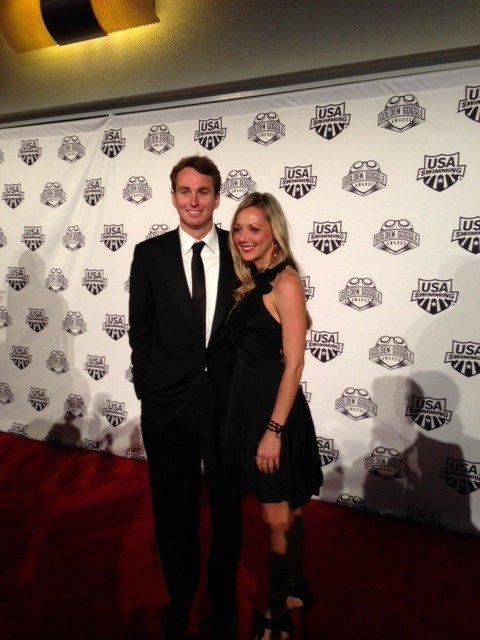 You know that World Record holder Aaron Peirsol would rather be in flip-flops, but he pulls off the eveningwear well. 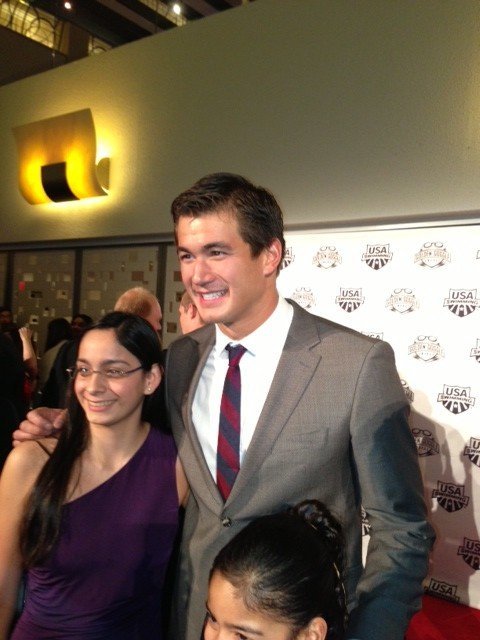 Olympic 100 free champion Nathan Adrian added a dash of color to his wardrobe. So far, all seams have remained intact, much to the chagrin of Eve and Candace. 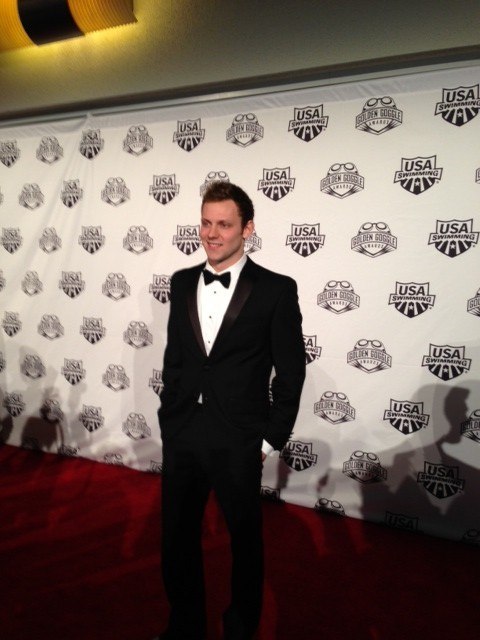 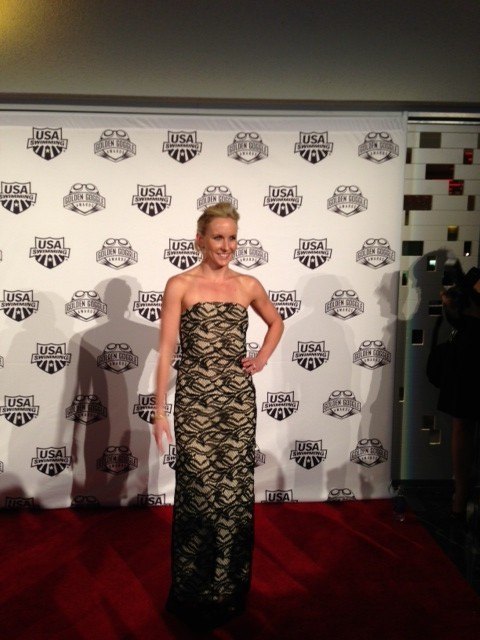 Jessica Hardy. Boom. She has been nominated for the Perseverance award tonight. 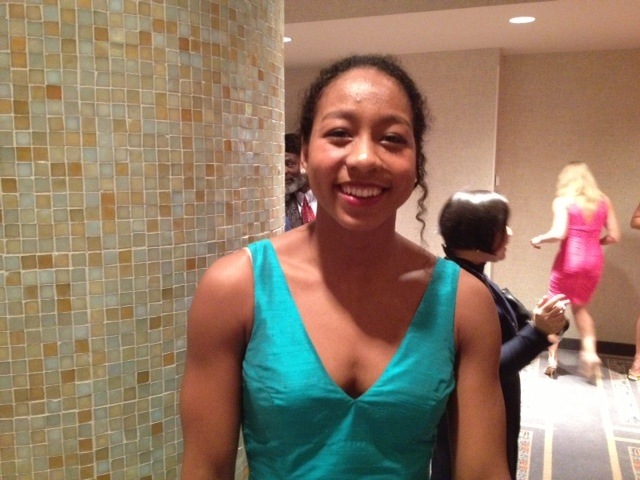 Lia Neal, the hometown girl, broke onto the American Olympic Team in a big way this year, taking silver on the 400 free relay. Neal lives and trains in New York, for now, until she ventures to Stanford next fall. 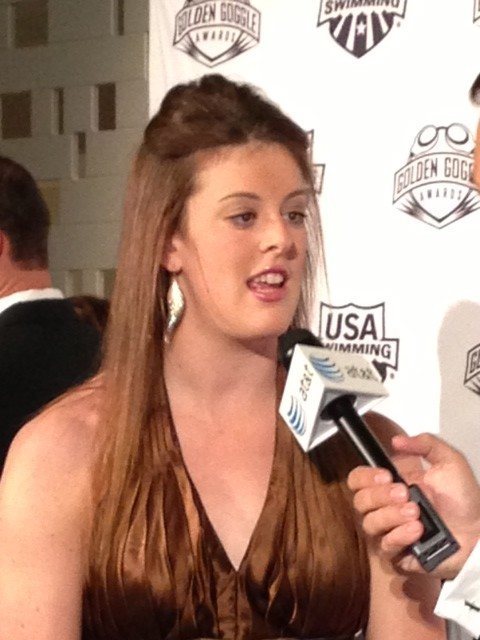 Allison Schmitt is nominated for three awards tonight after winning gold in the 200 free at the Olympics. She was probably telling a joke when this picture was taken. 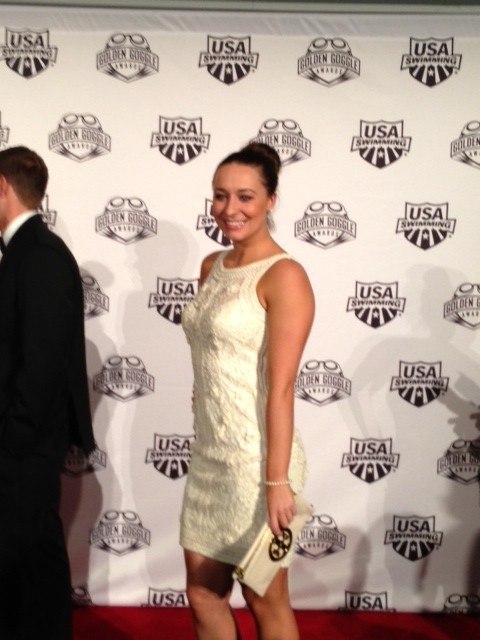 World Record holder Ariana Kukors made her first Olympic Team in 2012. Mel talked retirement with her today, and she said she’s still undecided, but is taking things year-by-year. 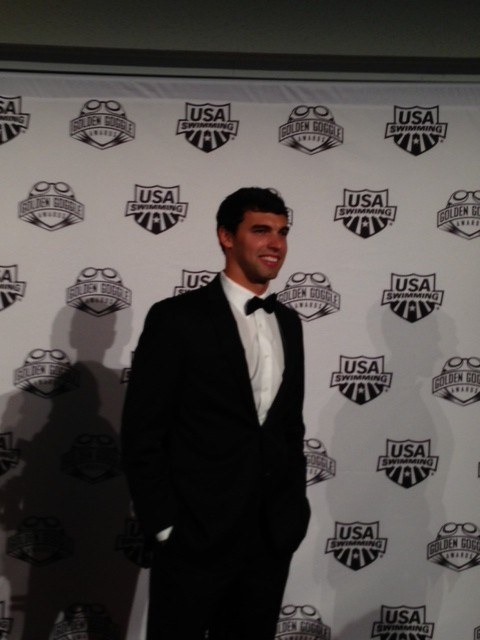 Ricky Berens could be James Bond in another life. Maybe after he retires, for good.