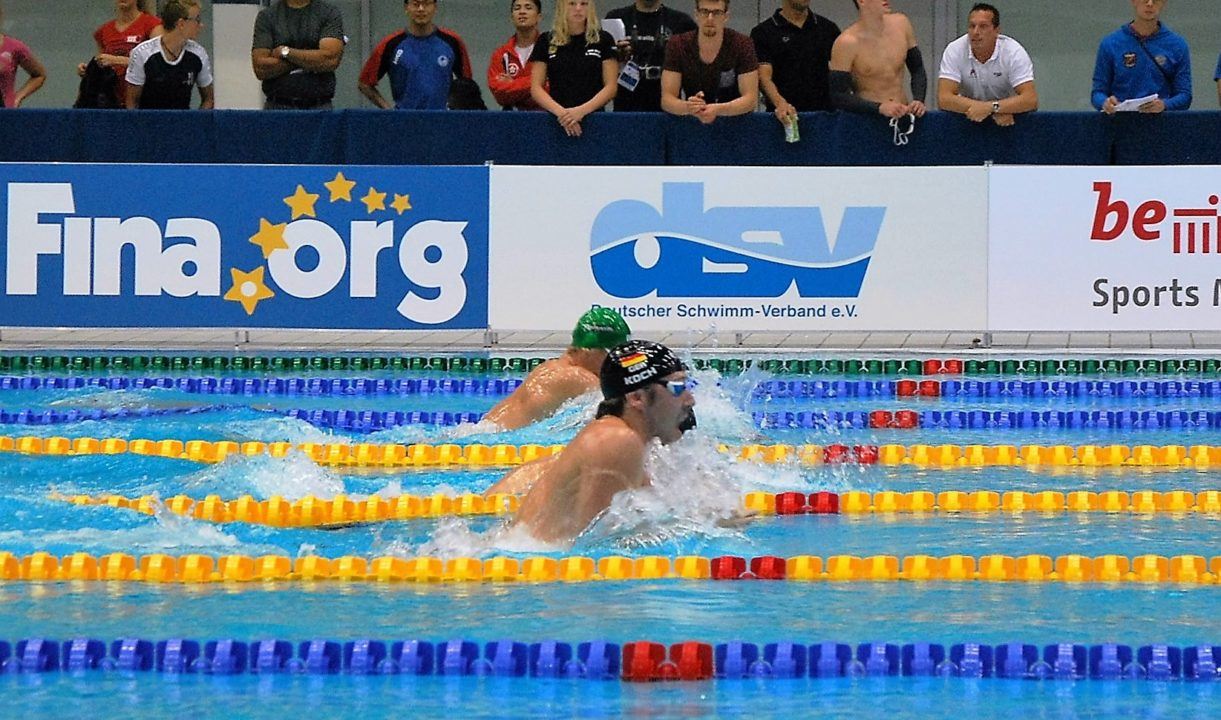 Fourteen swimmers have been selected to represent team Germany at the 2017 FINA World Championships this summer, the German Swimming Federation... Current photo via Daniela Kapser

Fourteen swimmers have been selected to represent team Germany at the 2017 FINA World Championships this summer, the German Swimming Federation (DSV) announced today.

The German nomination standards were among the toughest worldwide and only three swimmers dipped under the required times in the open class: Franziska Hentke, Lisa Graf and Philip Heintz.

German head coach Henning Lambertz and the nomination committee give Marco Koch a chance to defend his 2015 World Championships title in the 200m breaststroke. Koch managed to stay under the qualifying time in prelims but even a fast performance in the final, which is worth the 8th place in the current world ranking, wasn’t good enough to reach a direct qualification for Budapest. Henning Lambertz commented: “Marco missed the nomination standard in the final but we want to have him as a reigning world champion with his immense experience and his medal potential in the team.”

Nominated for the 4 x 100m men’s medley relay are Marek Ulrich (backstroke), Christian vom Lehn (breaststroke) and Marius Kusch (butterfly), they all won the titles at the German championships in their 100m events but they couldn’t crack the norms. Nevertheless their perfomances were remarkable: vom Lehn now ranks on the 8th position in the current world ranking in 59,47 (100m breast) and Marius Kusch is also on the 8th place in 51,83 (100m fly).

Aliena Schmidtke has been added to the roster for the 100m butterfly leg in the 4x100m mixed medley relay.

And Henning Lambertz wants the German men’s 4x200m freestyle relay to continue their tradition, they always have been fast enough for a participation in a World Championships final. Although two of the fastest German 200m freestyler are retired, Paul Biedermann and Florian Vogel, he will give Clemens Rapp and Jacob Heidtmann a chance to compete in the relay alongside Poul Zellmann and Philip Heintz.

Normally all relay swimmers also will get a chance to start in one or more individual events, like it was in the past.