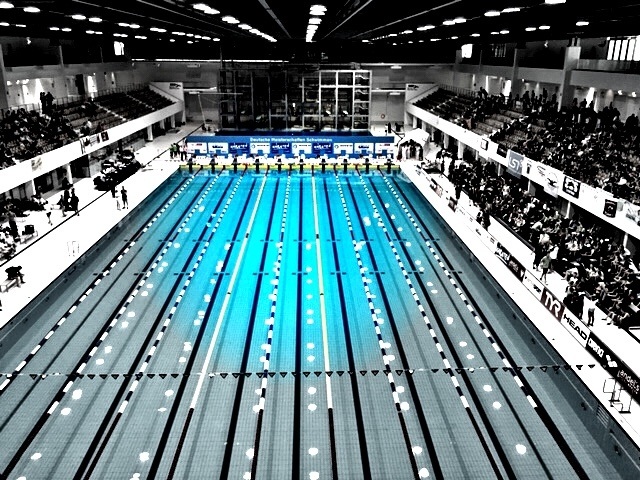 The athletes must reach nomination standards in prelims and finals and only Olympic events are relevant for the World Championships.

German head coach Henning Lambertz said that he expects only a few participants because the German nomination standards are really tough. The German Swimming Federation only gives an extra chance to youngsters, born 1995 or later, with special qualifying times.

All swimmer, who will make it into the team for Budapest, are obligated to start at the FINA World Cup stop in Berlin in August and to take part in the training camp in Hamburg before the World Championships.

Steffen Deibler (World record holder in the 50 SCM butterfly) and Paul Biedermann (World record holder in the 200 and 400 LCM freestyle and the 200m SCM free) retired in 2016, with them two  important role models and additions to the German relays will be missed. Florian Vogel (German record holder, part of the 4 x 200m freestyle relay at the 2016 Olympic Games), one of the most promising German swimmers, declared his resignation from competitve swimming on Friday. On the women’s side, Alexandra Wenk, Germany’s fastest 100m butterfly and 200m IM swimmer, won’t participate next week in Berlin due to a training deficit because of an injury. And also Dorothea Brandt, fastest German sprint lady for more than a decade, won’t start in Berlin, she hasn’t raced after the Olympic Games and also was injured.

Perhaps it is fair to add that the German Olympic Sports Federation and the German ministry of the interior developed a full reform for all competitve sports in Germany – and the only scale for future payments are olympic successes. Germany’s head coach Lambertz set the nomination times according to the last Olympic Games in Rio and how fast the swimmers were in the semifinals to make it into the final. German swimmers didn’t win medals at the last two Olympic Games and only had a few participations in finals. So the DSV (German Swimming Federation) will set the future standards high.

You see all times in the sheet – some standards for the World Championships are faster than the current German national records, they are written in red.

German National Championships is going to be one long, depressing swim meet. Trend continues of setting next to impossible standards. It’s going to be funny when one of these medium sized swimming powers ends up qualifying no one for a meet like worlds and ends up outnumbered by the likes of Ghana, Bhutan or Surinam.

An interesting set of messages being sent to German Swimmers – while management must believe that the athletes will rise to meet the (any) challenge – at what point do at least some gifted athletes loose interest and leave the sport? Where does “building for the future” fit into the German Program?

If only the set such high ( or even some) standards for their latest round of immigrants .

Which reminds me . In 2005 I read that the Irish were complaining about immigrants ! That takes the cake . Lmao.

… did you read it in one of your subscribed right-wing journals?

Likely it was in the British press .In 2005 I would have been reading The Guardian . The date is significant as it was the height of Irish EU wonderland . 11ireland wanted the money as a EU portal from business registrations but not want ppl . Then came the GFC & Ireland lost not only its foreigners but its young well trained ppl who left for traditional US Can Aust NZ shores . Now it wants them back . Typical Ireland that historically barely provides a living for its ppl but still claims them when they leave . You want to call me a racist yet Ireland is so ethonocentric that they only introduced citizenship ceremonies in 2011. They… Read more »

The DSV have made qualification so brutally tough, you have to question whether they want a national swim team at all.

Perhaps it is fair to add that the German Olympic Sports Federation and the German ministry of the interior developped a full reform for all competitve sports in Germany – and the only scale for future payments are olympic successesj.So German Head Coach Lambertz set the nomination times according to the last Olympic Games in Rio and how fast the swimmers were in the semifinals to make it into the final. It is tough, no question.

It’s a very sad day when any government thinks that the only value of sport is to produce Olympic level athletes.

There is far too much politics going on and not enough swimming. Even at the recent team championships in February, some losing clubs held up unsportsmanlike signs complaining about a few foreign swimmers in the winning team. So can’t handle a few retirement-aged foreign swimmers, but yet you want your swimmers to achieve Olympic final times?