Georgia Women Qualify NCAA Diver On Day 2 of Zone B 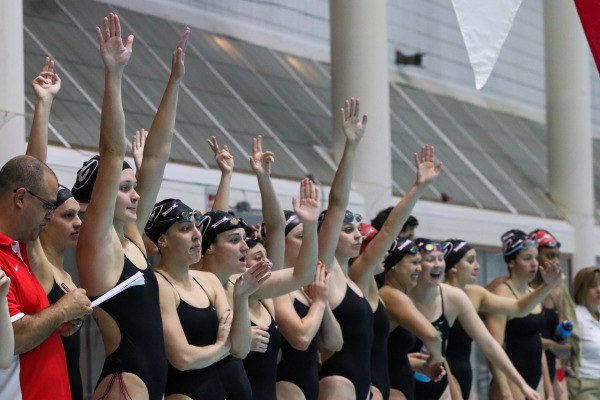 Georgia's women will have a diver competing at NCAAs: Mckensi Austin qualified for NCAAs with an 8th-place finish on 1-meter at the Zone B Championships. Stock photo via Cory A. Cole

Georgia’s women will have a diver competing at NCAAs: Mckensi Austin qualified for NCAAs with an 8th-place finish on 1-meter at the Zone B Championships.

Austin competed last year as a sophomore, but only made NCAAs on 3-meter, where she placed 27th. She was 11th in the zone on 3-meter yesterday, and though that didn’t earn an invite, it did keep her eligible to enter 3-meter at NCAAs if she qualified outright on a different board. Her qualification today gives her two NCAA events with platform still to come tomorrow.

Miami’s Alicia Blagg won the event. The redshirt sophomore was already qualified with a runner-up finish yesterday, but should now be in the hunt to score at NCAAs in two events.

In addition, Florida junior Brooke Madden qualified for NCAAs in a second event. She was a 1-meter scorer last year at NCAAs, and qualified for a return trip today by placing second.

The Tennessee men added a third diver to their NCAA team. Matthew Wade was 5th on 3-meter, taking an NCAA invite spot. His teammate Colin Zeng won the event, topping last night’s 1-meter winner Briadam Herrera of Miami. Wade and Zeng are both into NCAAs along with Will Hallam, and all three divers can compete in both 1-meter and 3-meter.

Duke’s Nathaniel Hernandez is another new qualifier after taking 4th.