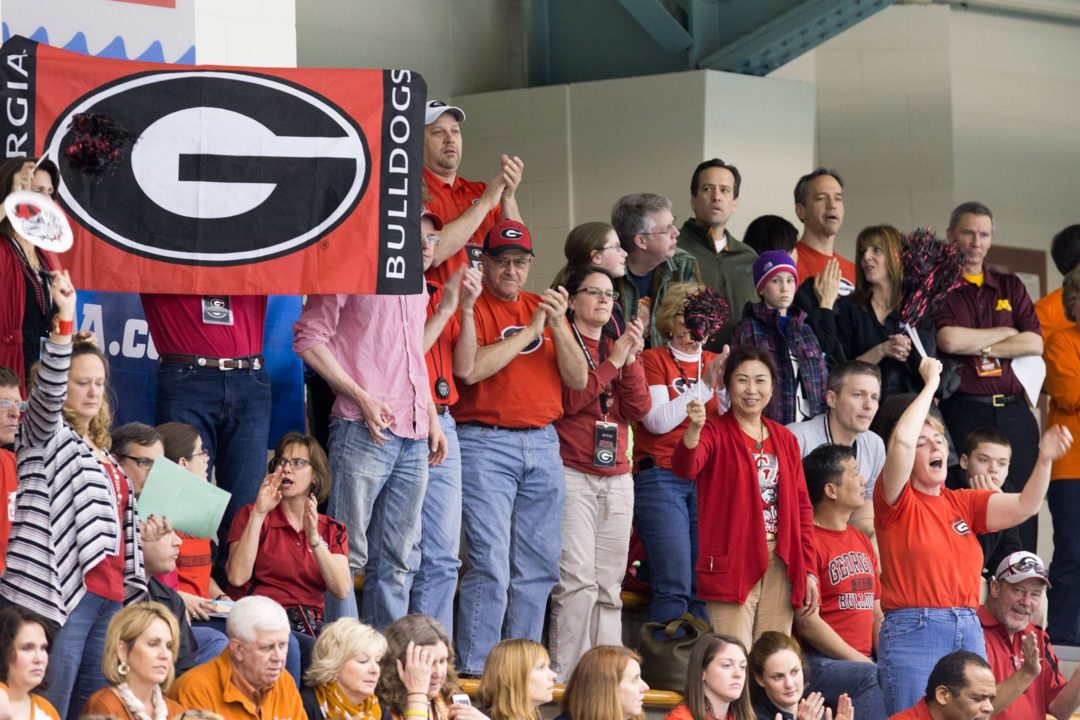 It’s a move we’ve been watching for for a few weeks now. Teams are only allowed to bring 18 total swimmers to the national championships, with divers counting as half a point. Georgia qualified 18 swimmers originally, but then Ball added her qualification after the Zone Diving Championships, forcing the Bulldog coaching staff to make a roster decision.

New psych sheets were updated today, with Peters name no longer listed on the 200, 500 or 1650 free. Bumping up to replace her is Notre Dame butterflyer Courtney Whyte, who will now swim the 100 fly, 100 back and 200 fly after earning her invite in the 200 fly. She becomes the second Notre Dame swimmer into the meet, joining defending NCAA champ Emma Reaney.

It’s a disappointing end to the season for Peters, who hit what would turn out to be an NCAA-qualifying time of 4:42.73 in the 500 free at the mid-season Georgia Invite, but then didn’t better that time at SECs. Peters even swam in Georgia’s Last Chance meet a week after SECs, but wasn’t able to improve her times enough to make her a high-probability scoring threat. She now joins Texas male breaststroker Imri Ganiel as athletes who qualified for NCAAs this season but were left home due to roster size restrictions.

The decision makes sense for Georgia, which knows well the impact one great diver can have on a national title run. The Bulldogs repeated as NCAA champs last year while getting two national championships from stud springboard diver Laura Ryan.

Like Peters, Ball is a freshman, and the two will likely have a great shot to compete as roster-mates in future NCAA Championships.

So my big question is, Texas got reamed for taking a diver and leaving a swimmer but seems everyone is ok with Georgia doing it !! Come on all you no swimming and diving people. However smart choice Georiga.